a good jest for ever 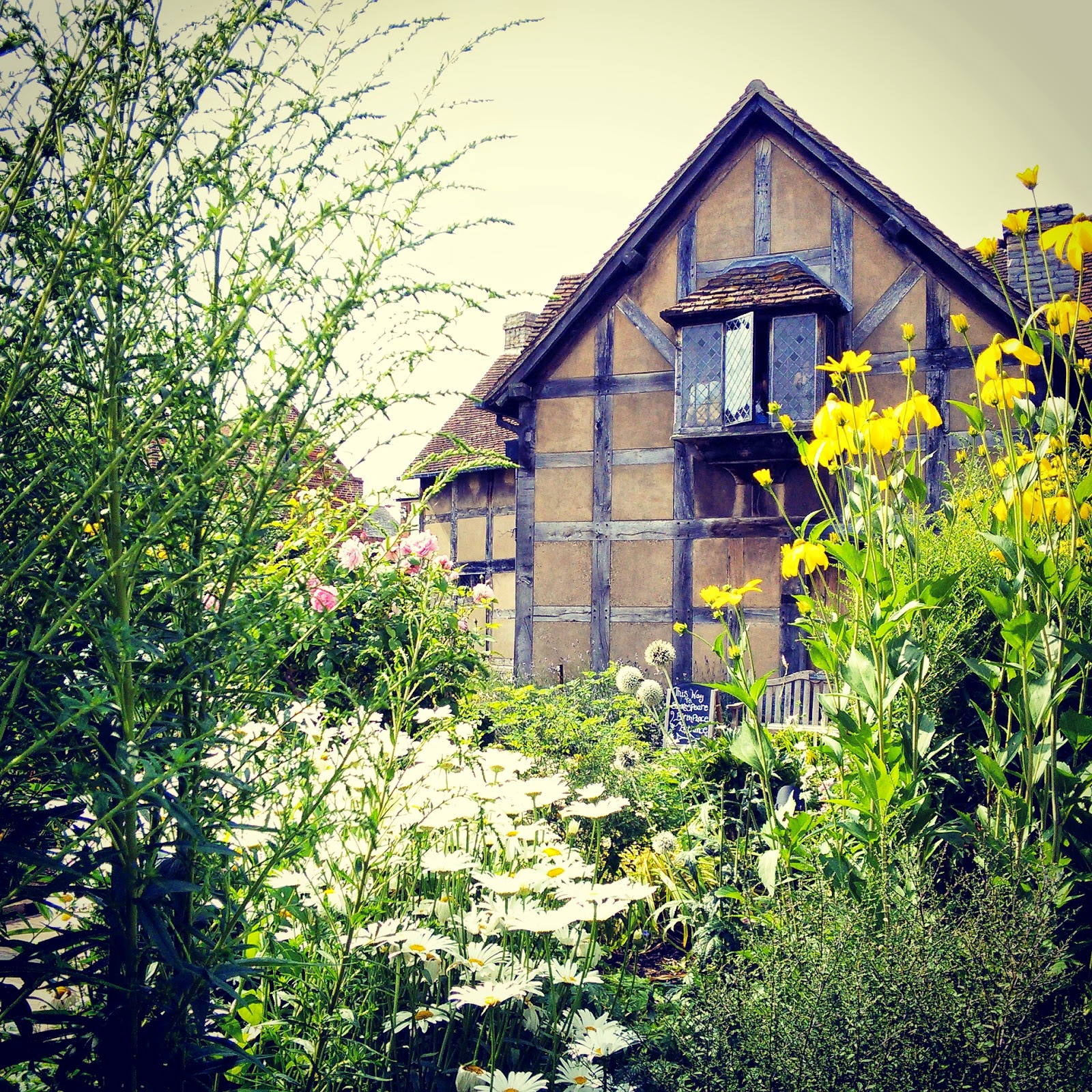 Day two of Stratford. I slept like a rock. Tim put me in the attic room way at the top of the Virginia Lodge and I slept under an open window. Felt like sleeping under the stars. It was great. After the college dorm beds of our flats in London, a real bed felt real great. 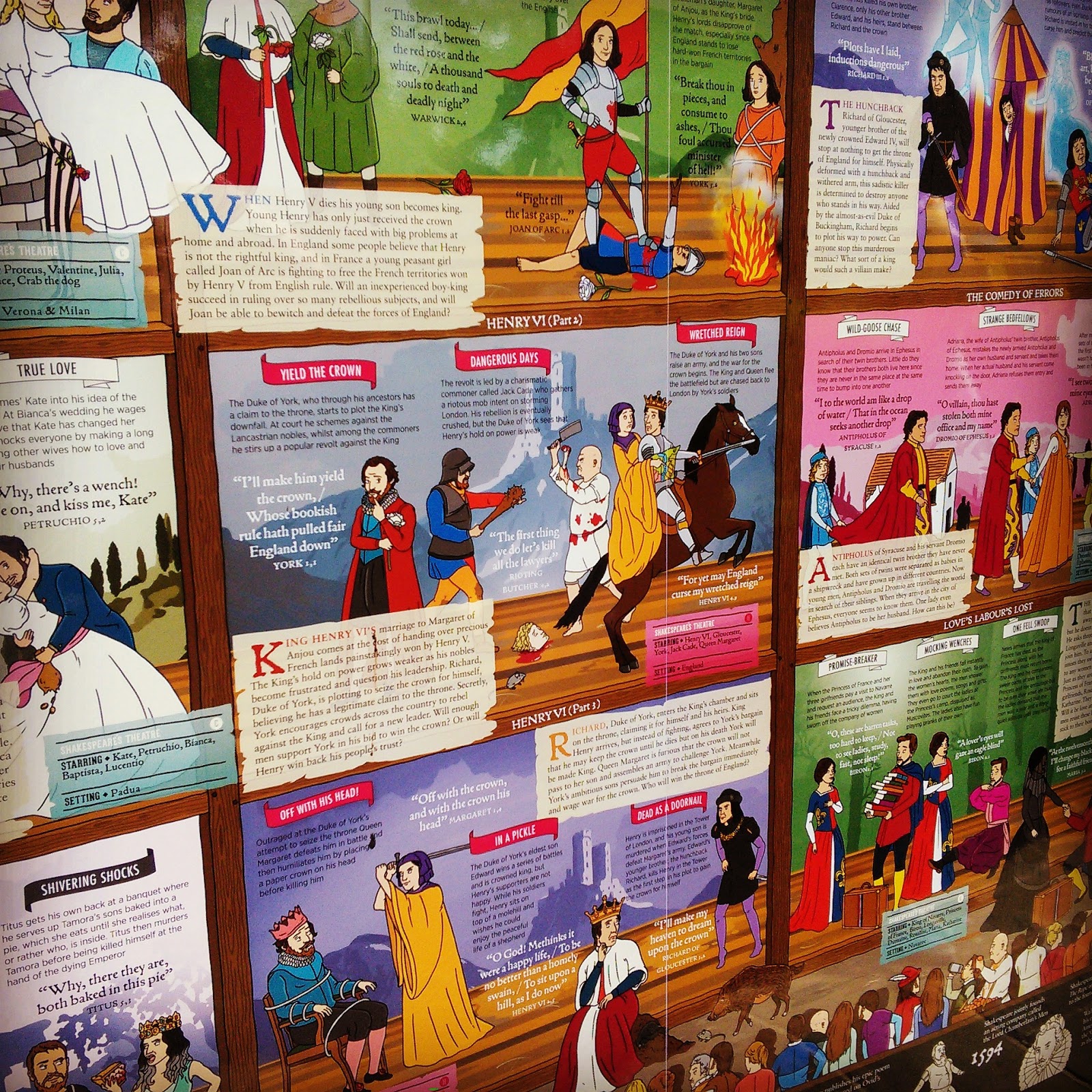 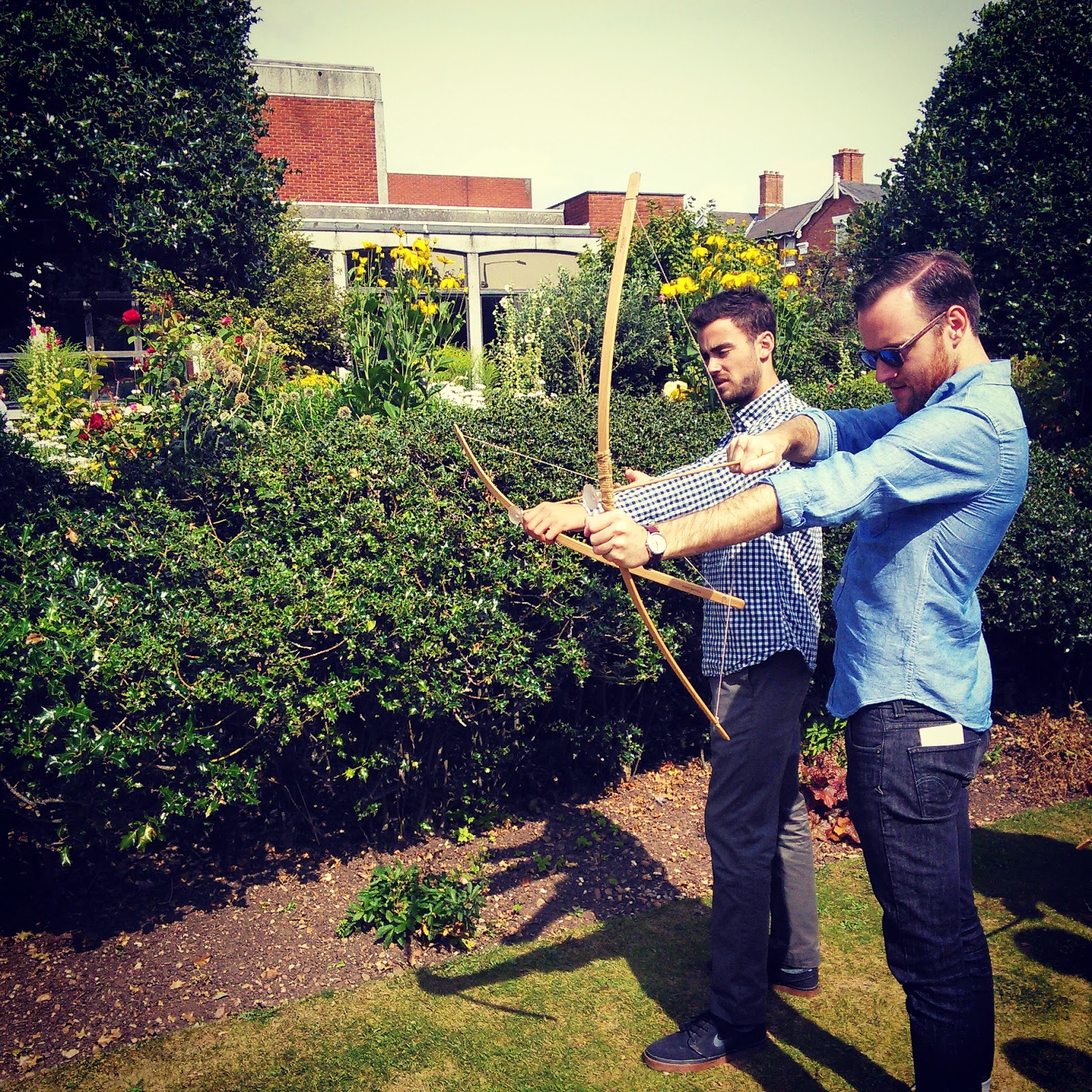 We all met up again and went to the Shakespeare birthplace. For some reason the birthplace introductory tour, a multimedia presentation along a long stretch of wall, didn't feel so ostentatious this year. Maybe I still had the Blenheim palace house of horrors on my mind from yesterday. Once everyone entered the birthplace I sat in the garden and caught up on messages from home and did a little reading. They've added a giant wall in the garden with cartoon descriptions of all 37 plays; I know it's for kids, but I loved it, too. And then we watched a charming little presentation of the Pyramus and Thisbe scene on the lawn, with Topher and Rachel pulled from the crowd to play the lovers. I rode a hobby horse and shot suction cup arrows at a target. 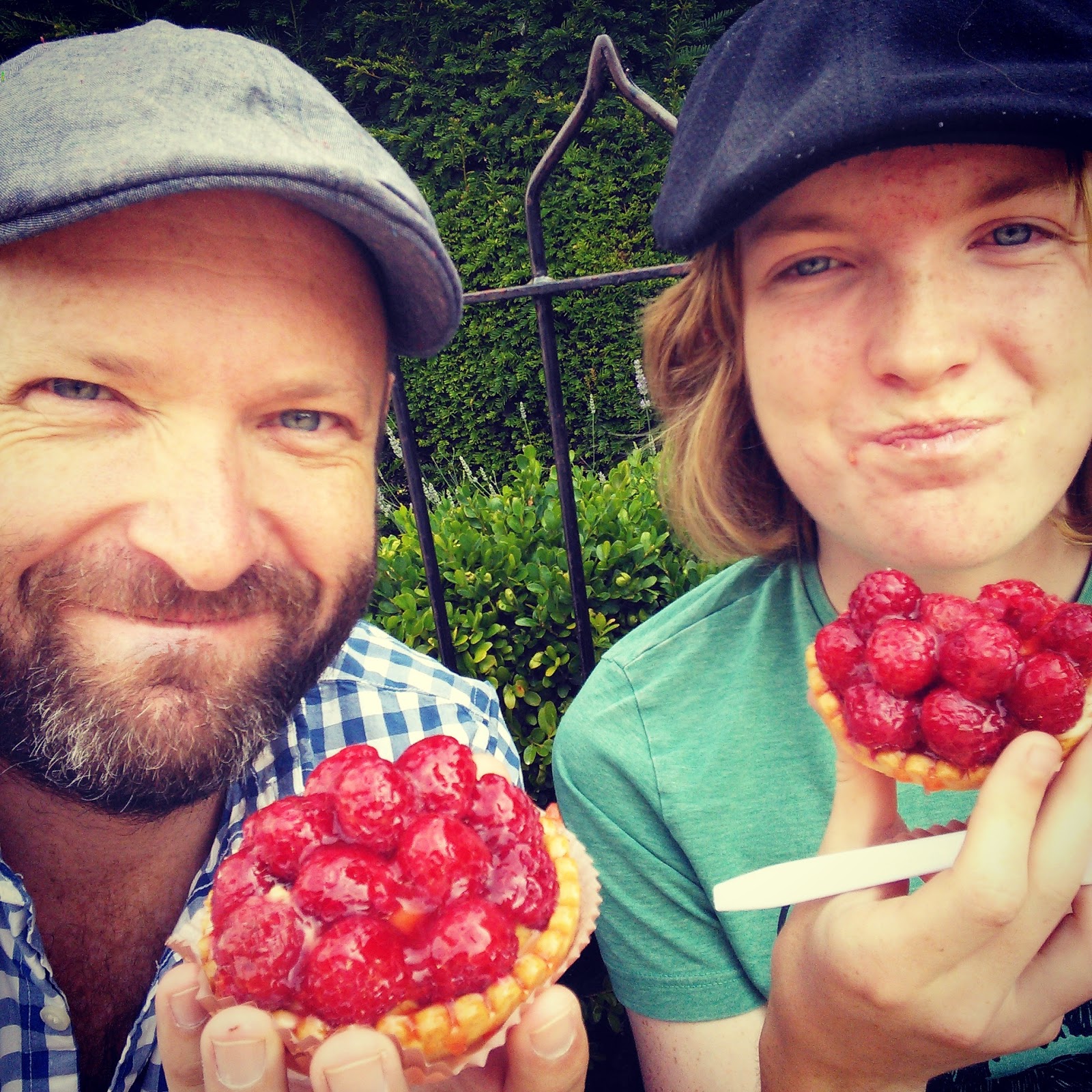 Miles and I snuck off to get the birthday cake I was dreaming of yesterday: a raspberry tart from Patisserie Valerie. I tried to make it last, but it wasn't in the cards. I have no patience and I scarfed it down. So did Miles. It was awesome. 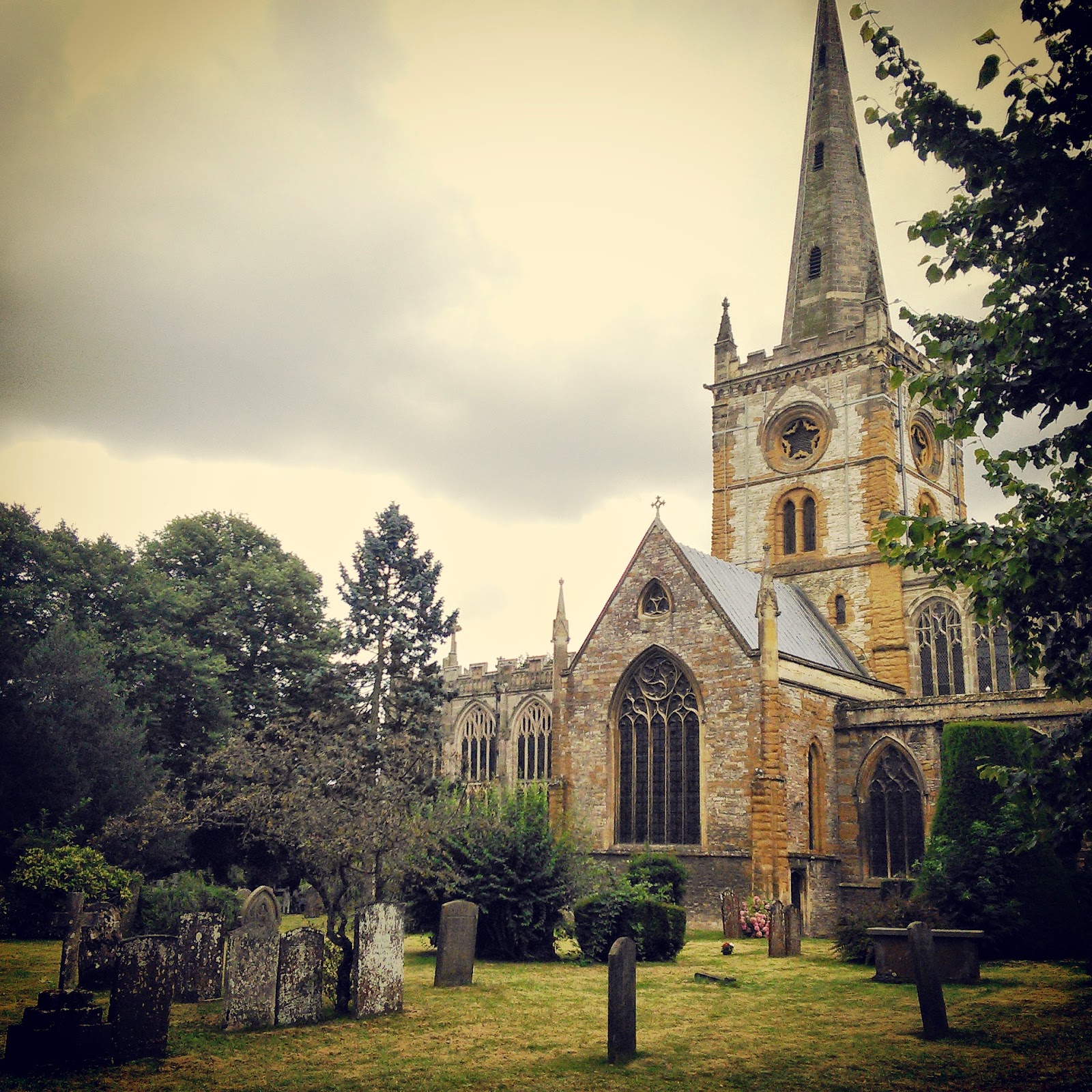 We walked to Holy Trinity Church and Topher and I had a great chat on a bench outside. The students eventually re-emerged and they laughed on the lawn and hopped the tombstones until an old lady told them to stop. Topher, Alex, Miles and I had some Pizza Express. We sat in the back garden and talked about worms. And quoted The Room. 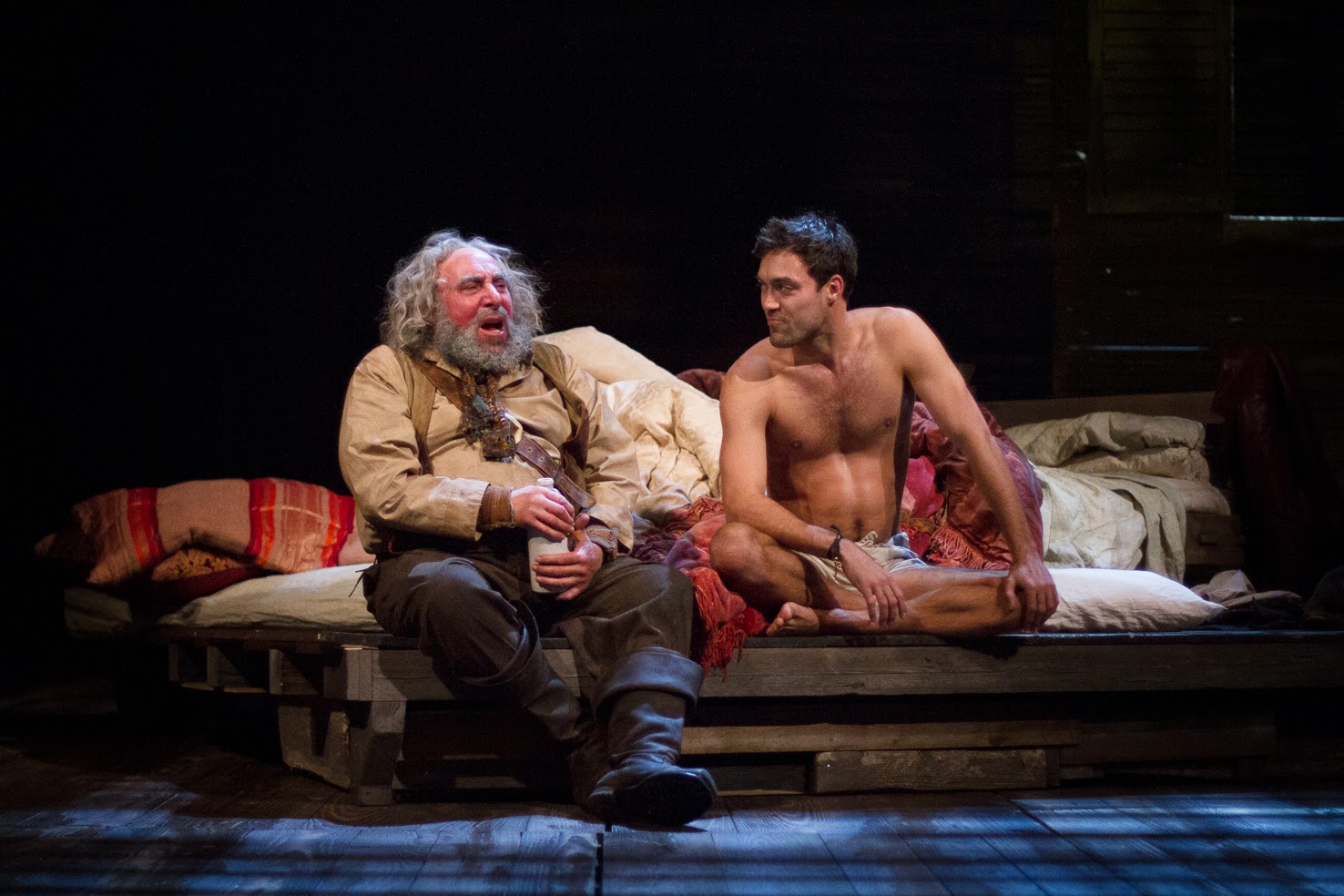 We watched a matinee of Henry IV part One, which is my favorite Shakespeare play. That always seems to surprise people, but if you see a good production of the show you'll see why. The characters are interesting and likable, it's funny and exciting and poignant, and it's full of people doing things instead of talking about doing things. This production was fine, but not nearly as great as the Henry IV I saw here back in 2007, or the solid production I saw at the Globe in 2010. It needed a little more fire and pacing. I know I'm in trouble if I have to drink a Red Bull at intermission. But the sword fights were spectacular! 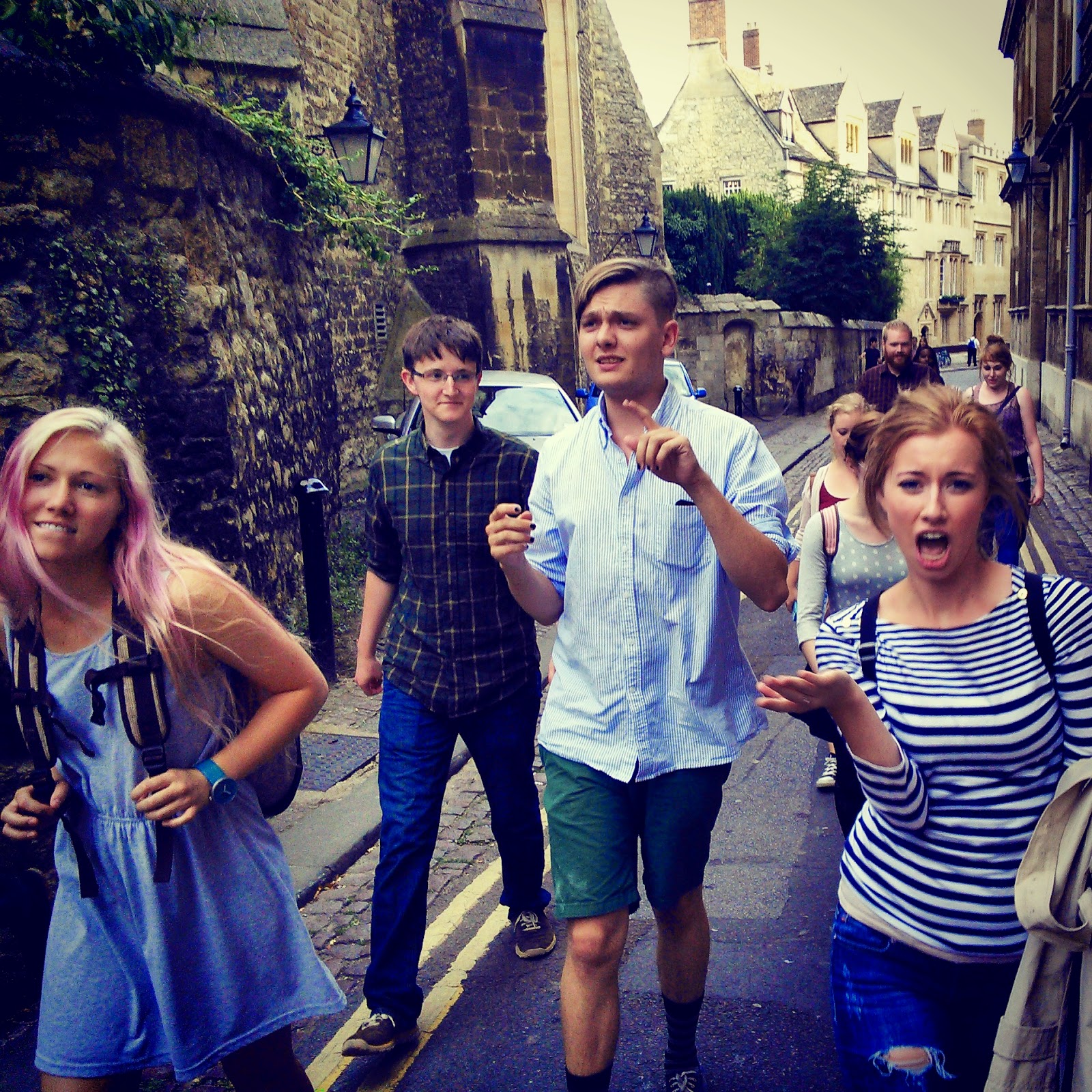 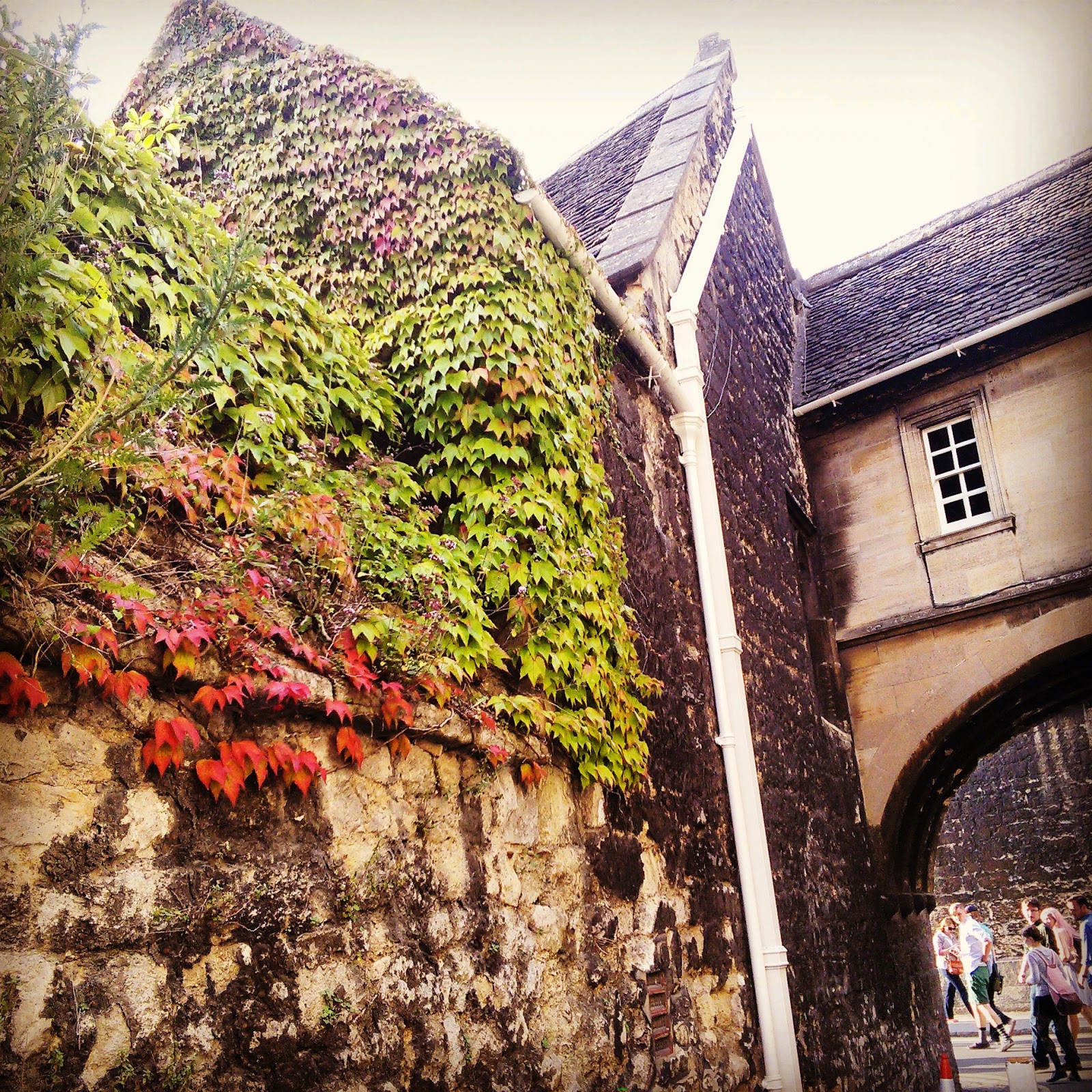 We boarded the coach and headed to Oxford. We seemed to hit Oxford at just the right time tonight; the sun made everything look golden. The weather had threatened to rain all day but ultimately never did; triumph of the sun. We had a quick tour through town - as much as time afforded, but I think it was just about right. I love wandering among the colleges and backstreets. Topher played Iggy Azalea on his phone and they grooved to it. We all split for a few minutes to grab something to eat on Cornmarket Street and then gathered to eat together again on Martyr's Memorial. Great way to watch the sun go down. 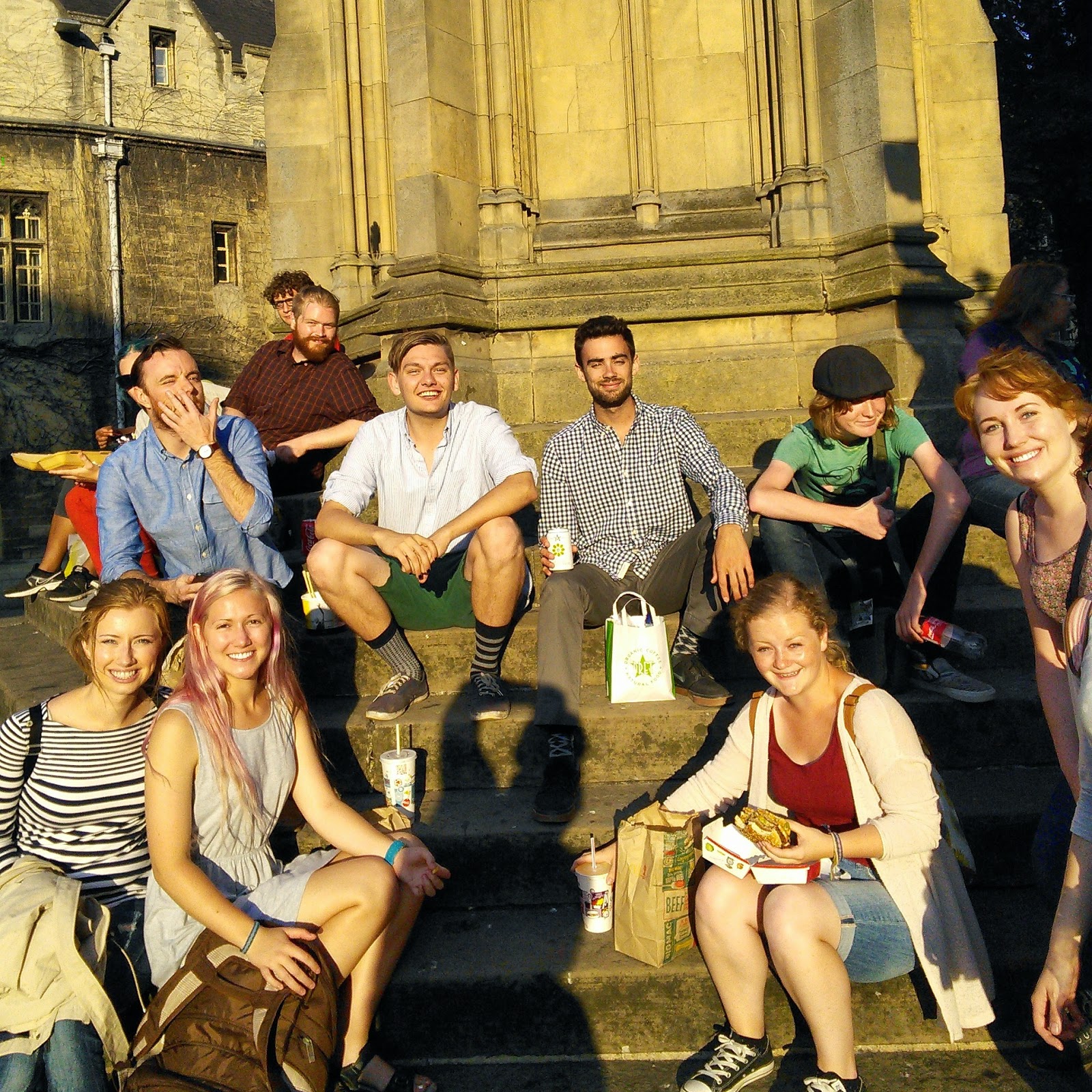