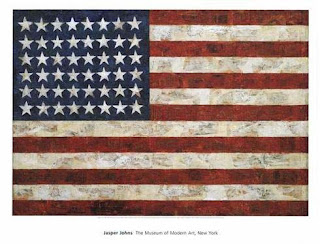 I'm home now, and ready to shut this site down for another year. It was an amazing month, and with the exception of my missing wallet (which I was notified yesterday was found!), everything went smoothly. Unfortunately, coming home has been more difficult than usual. As I sat on the plane from Newark I started getting chills, which broke into sweats, which became a monster flu. Yesterday, pushing myself a bit too hard while working on the lawn, I threw my back out. And then last night I received word that my younger sister and her husband had been in a small plane crash, and had been burned pretty badly. They are alive, but could certainly use your prayers to ease a difficult recovery. They have four small children. It's been an adjustment, certainly. But all of this makes me even more grateful for my wonderful, caring wife, who soldiers on with energy, enthusiasm, and wit. I have missed her so much and it's good to be back home.

A couple of details about the trip, more for me to remember than anyone else:

Will & Me: How Shakespeare Took Over My Life by Dominic Dromgoole

The Irish/Spanish couple I sat with on the plane over, Charlie Chaplin in a tutu, Murch and John, the old woman who sat by me at Pygmalion, the grouchy lady at the Jarndyce Book Shop, Nigel from Southwark Cathedral, Gary Reimer, Bruce Young, my friends in the standing-only line at the Donmar, the bossy lady at St. Martin's-in-the-Field, the Brazillians, Sam Andrus, Naomi Miles and Emma, Richard III, Emma Rice, David and Gillian, the "always behind my back" guy, the bellhops at the Ajiel (he and she), the nice metro ladies in Paris, the Hegstrom-Pratts, Christian Emmerson, Dreen and Paul, Jason the coach driver, Eric and Sara Davis, the tour guide at Hall's Croft who was obsessed with Mormons, the bobbies in Victoria Park, Ciaran Hinds, Tom Wilkinson, Will Young, Kate and Matt Ngai, Kekoa and Carolyn, Christina and Nick, An American Named Eric, Shirley from "Best of the Fest," the man who got mad at me at the Tattoo, the lady from New Jersey who was smuggling Scottish Bread and was trying to cure Alzheimers.

"MaMA! No que pasa NADA?"
"Flat 17.....wha-WHAAAAA!"
"Tangerine, Tangerine pants."
"Tragic. Tragic, really. Cast himself in all the parts. Tragic."
Any line from James Blunt's All the Lost Souls
"You old rat! You Jesuit!"
"I'm having so much FUN (fake laugh)"
"Three things I love: FUN, LOVE, and KISSING."
"No Student."
"Heyyyyyy (raising the roof)"
"I love Captain Wet-Wet."
"Who killen 'em in the UK? Everybody gonna say UK..."
"That's where Queen Elizabeth was born."
"That's Madame's house from The Aristocats."

The Chalk Garden
The Merry Wives of Windsor
Brief Encounter

The 39 Steps
Twelfth Night
Pygmalion
Pericles Redux
The Two Widows
King Lear
Macbeth: Who is that Bloody Man?
Revenger's Tragedy
Some Trace of Her

A Slight Ache
Marguerite
On the Waterfront
Wicked
Timon of Athens

Avoid at all costs:

Taming of the Shrew

TV I watched, via the internet:

So You Think You Can Dance
Project Runway
The Closer

I think this completes my account. This was a wonderful trip. Until next summer, Cheerio!
Posted by topher clark at 12:33 PM