That whole paragraph was PROOF to all you Judgy McJudy's out there who think I don't go to church abroad. Several people can confirm my attendance, including Matt Holland, who doesn't know who I am, and a middle-aged man who jogs with me at the cemetery. 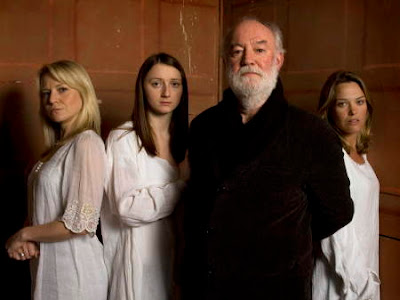 We attended King Lear at the Globe today. I really enjoyed it. I didn't enjoy the standing. I can handle the standing for the comedies, because they go by quickly. But Lear is 3 hours and 15 minutes, and you don't really have anything to lean on. But if you focus on the play your feet don't hurt as much.

Lots of great performances in this one, including David Calder as Lear, and Trystan Gravelle as Edgar. He was in Love's Labour's Lost last year and was terrific in that as well. I also liked Sallie Bretton as Goneril, and Daniel Hawksford as Edmond, though he looked unnervingly like Ben Smith. I wanted to call Hailey and report on it. Is Ben Smith the victim of a Parent Trap? The best part of the show, of course, was when they plucked Gloucester's eyes out. I've never seen this show onstage as a full length production, so this was a first to me. When they pinned him down and pulled these eyeballs out it was incredibly violent and disturbing. But also kind of funny. They were sort of like giant radishes, all rooty. Good work, Globe! 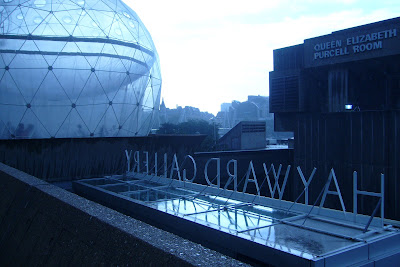 Afterwards we poked for treasures along the Thames while the tide was low, and then Alex coerced us all into seeing an architectural exhibit called Psycho Buildings at the Hayward Gallery. It was super awesome. Also, really bizarre. And again, very Nuni. But that was part of the charm. Mostly the theme was crazy architecture, and unfortunate things happening to houses. Here are some examples: 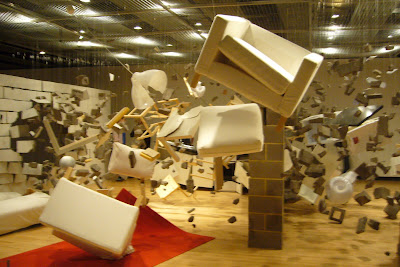 Show Room, by Los Carpinteros. It's an exploding house! Lots of IKEA being exploded. I loved this room, even though it made me wonder about my house in Provo exploding. (I hope not!) 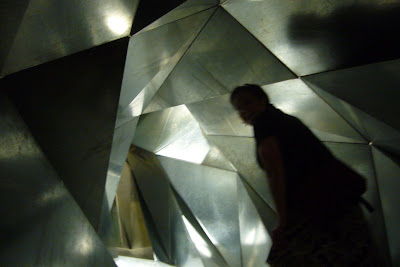 Life Tunnel, by Atelier Bow-Wow. You can see Alta ascending the life tunnel and having an awesome time feeling weird and from the future. 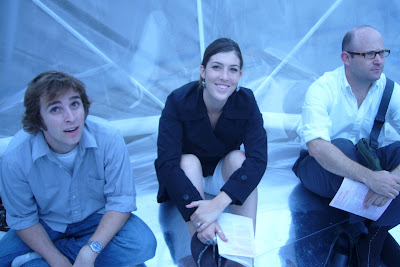 Observatory, Air-port-city, by Tomas Saraceno. It's this giant inflatable bubble you can go inside. When I was in there with the Whitings it was raining really hard outside, which caused a really interesting visual effect inside the bubble. Lots of rain rivulets, though we were completely dry. 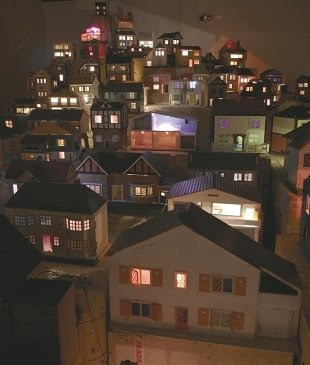 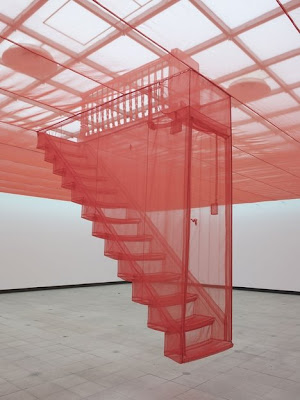 Staircase - V, by Do Ho Suh. I wouldn't want to walk up those stairs! Well, kind of I would, I guess. 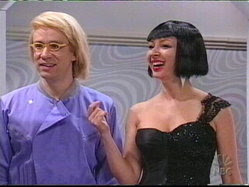 Some really nice people we met in the exhibit.

This being our last night in London, and things getting rainier and rainier, we stopped at the graffiti wall along the river and left our marks. Alex's was a little more classy than mine. Then we all hustled home to pack. Although I'm so excited to see my family soon, it was also a little sad to say goodbye to my home away from home. I celebrated by breaking a giant plate in the kitchen while washing it. It was a big accident. I thought about leaving the remains on the floor, however, and calling it Psycho Flat. Would this have been funny? Yes? No? 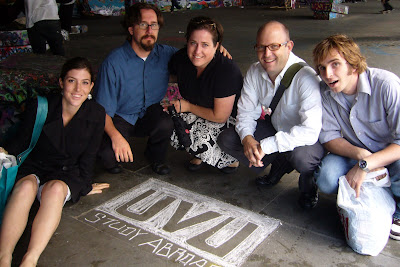 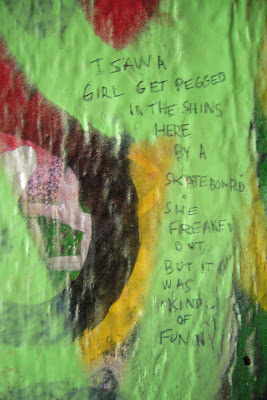