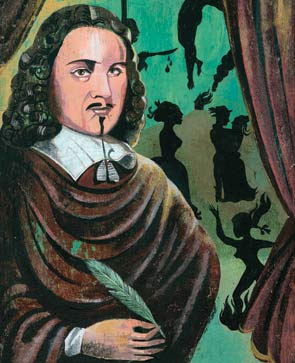 I don’t know much about Thomas Middleton. You would think that as a theatre practitioner I would, but I don’t. I sort of know his period, the Jacobean period, when all the plays were about blood and entrails and revenge. But not much about the man. After today, though, I know him pretty well, having seen two of his shows in one day. 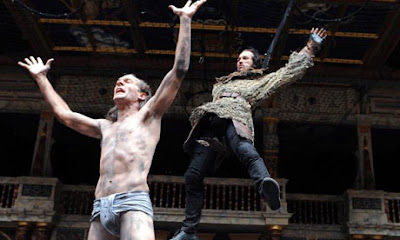 The first was technically a Shakespeare play. But several of Shakespeare’s plays were co-written, and most scholars believe this one, Timon of Athens, was more of a co-authorship with Thomas Middleton. And that’s why it’s this interesting Shakespeare piece with poetry and metaphor mixed with blood, ire, and in this case, poop.

We saw the show at the Globe, and it was directed by Lucy Bailey who also directed that amazing Titus Andronicus I saw two years ago. I like the way she conceptualizes her shows. Say what you will, they are never boring to look at. In this case she had giant nets suspended 20 feet over the audience’s heads, and actors costumed like giant scavenger birds scaled the ropes and occasionally dive-bombed the crowd with bungees. I thought that effect was fantastic; a metaphor of the buzzards waiting for Timon to die. One effect that I didn’t really enjoy was when Titus dropped his little underpants he spent the second half of the play in, and pooped in a rocky pit. And then flung his poop at other characters throughout the play, and smeared it on two of their faces. This was disarming. You would expect to see that sort of thing in, say, My Fair Lady or The Music Man, but not in Shakespeare! I’m sure it was just chocolate pudding or something, but COME ON. We were all shell-shocked. 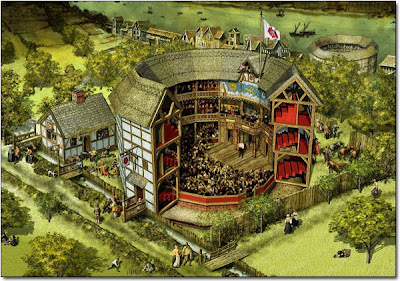 After the show we attended the talk-back with the director, and there were no questions or discussion about the poop. I really wished I would have raised my hand, but I was too nervous! And too elated by the news that this morning the hidden remains of The Theatre had been found after 300 years. An exciting day to be in London! Middleton #2 was The Revenger’s Tragedy, a highly acclaimed production at the National. Only a few of us went to this, but we all enjoyed it. It was bloody and scary like Timon, but nobody pooped, and it was also really funny in places. Incredibly well-acted. So it was nice to have two Jacobean experiences. I prefer Elizabethan, but it’s good to educate myself. 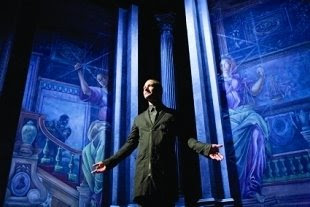