saturday, in the park

Today, our last Saturday in the city, was sadly a little drizzly. But that wouldn’t stop us from going to Portobello Road! We can handle the drizzle as long as we can find a lot of cheap junk to buy, along with a nutella crepe. And while waiting for our tube to Notting Hill, we saw Ciaran Hinds waiting for the same tube. Here is Ciaran Hinds: 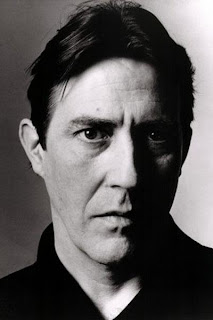 No one in our group knew who he was, but I did. He’s in There Will Be Blood, Munich, The Phantom of the Opera, Persuasion, Road to Perdition, and played Caesar in the HBO Rome series. 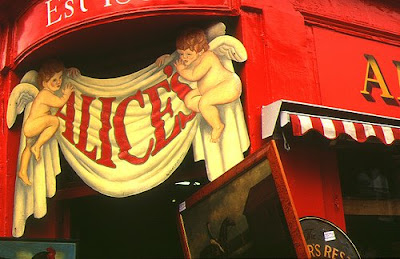 I didn’t buy anything at Portobello Road today, but it’s still fun to walk around. It’s really long, and packed with anything you can think of. It truly is the street where the riches of ages are stowed, as the song from Bedknobs and Broomsticks claims. I always like to look in the window at Alice’s. While there we saw Will Young! Here is Will Young: 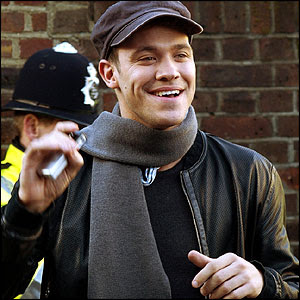 No one in our geroup knew who he was, but I did. He was the Pop Idol winner in 2002. Pop Idol is the British version of American idol.

Also on Portobello Road we saw this middle-aged woman sobbing, and her 25-ish daughter was yelling “Mama! No que pasa NADA? No que pasa NADA, Mama?” It was a real drama. Seriously. Doesn’t that mom care about ANYTHING? It never ceases to amaze me how comfortable people are with crying and screaming in public, which is only exacerbated by the thousands of people packed onto Portobello, 80% of whom stopped to witness the drama.

The drama only continued at the matinee of Wicked. I’ve been accused many times of hating Wicked, and it’s not true. I greatly dislike it, but I don’t hate it. It’s just a really dumb show, but I know that’s blasphemy among theatre geeks and 14 year old girls. Anyway, I only stayed for the first half, and then Alex and I left for the Of Montreal concert. Yes, today was the day!

If you don’t know Of Montreal they defy description. Musical geniuses, and their shows are incredibly theatrical and bizarre. We were packed into a field under a sea of umbrellas, as the drizzle continued. I won’t go into all of the details of the show, but I will say that the following things happened:

A girl dressed in a silver latex outfit, Salieri mask, and a long black cape ran around the stage and hissed at the audience.

A man in a pink shirt wearing a giant tiger head would pounce on the band members during songs and pretend to eat them.

Another guy wearing the silver latex outfit was turned upside down by the tiger.

A man sat onstage the whole time reading a newspaper and occasionally looking at the audience.

Kevin Barnes, who had bare legs with paint all over them, smashed his guitar and threw pieces of it to the audience. 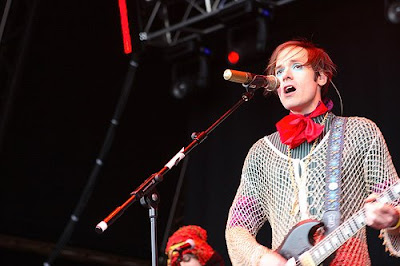 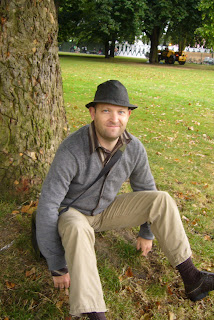 It was really enjoyable. Unfortunately Alex wasn’t able to get in. The thing was sold out (and you were probably thinking “Who would want to go see that?” Well, every pretentious artsy alt-rocker in London, plus some drunk girls on a hen-night would, as a matter of fact.) But Alex waited for the set to end, since he had come all the way to Victoria Park, and we walked to the tube stop. So that was very nice of him. He’s been a fantastic help to me this entire trip and I value our friendship. I also valued the crepes we had at the Crepery tonight. Yes, that’s two crepes for me today. But since it was still raining out we went savoury rather than sweet, because that’s what you do during inclement weather. Two crepes divulged in a wood, and I took the savoury one. And that has made all the difference.

One last thing. We stopped to ask some cops at the concert which was the nearest tube stop to get us home. They were very friendly, and one of them has a sister living in Utah! That was crazy. I could tell they were very anxious to talk to anyone who wasn’t drunk, stoned, or wearing a lip ring. Good thing I took my lip ring out, y’all! 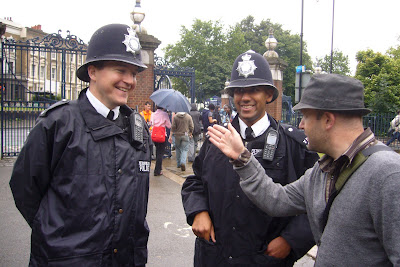