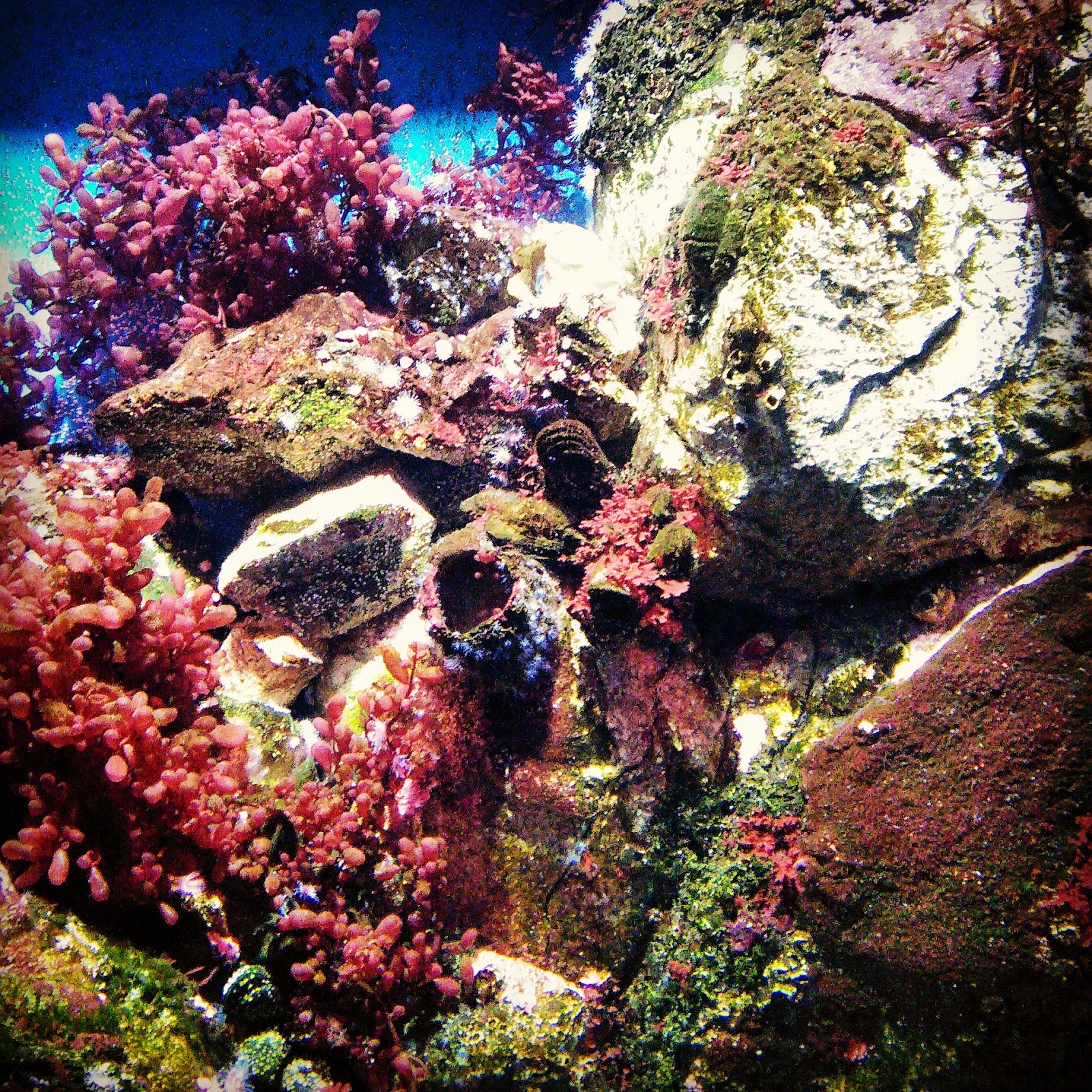 Our last day in Portugal was also our last day in Europe. Miles and I agreed that we were ready to come home. We've had fun, but it's time to get back to real life. Such as it is. I'm homesick and done living the life of a tramp. So it was nice today, knowing that we didn't need to push ourselves too much; we've had a great month abroad. 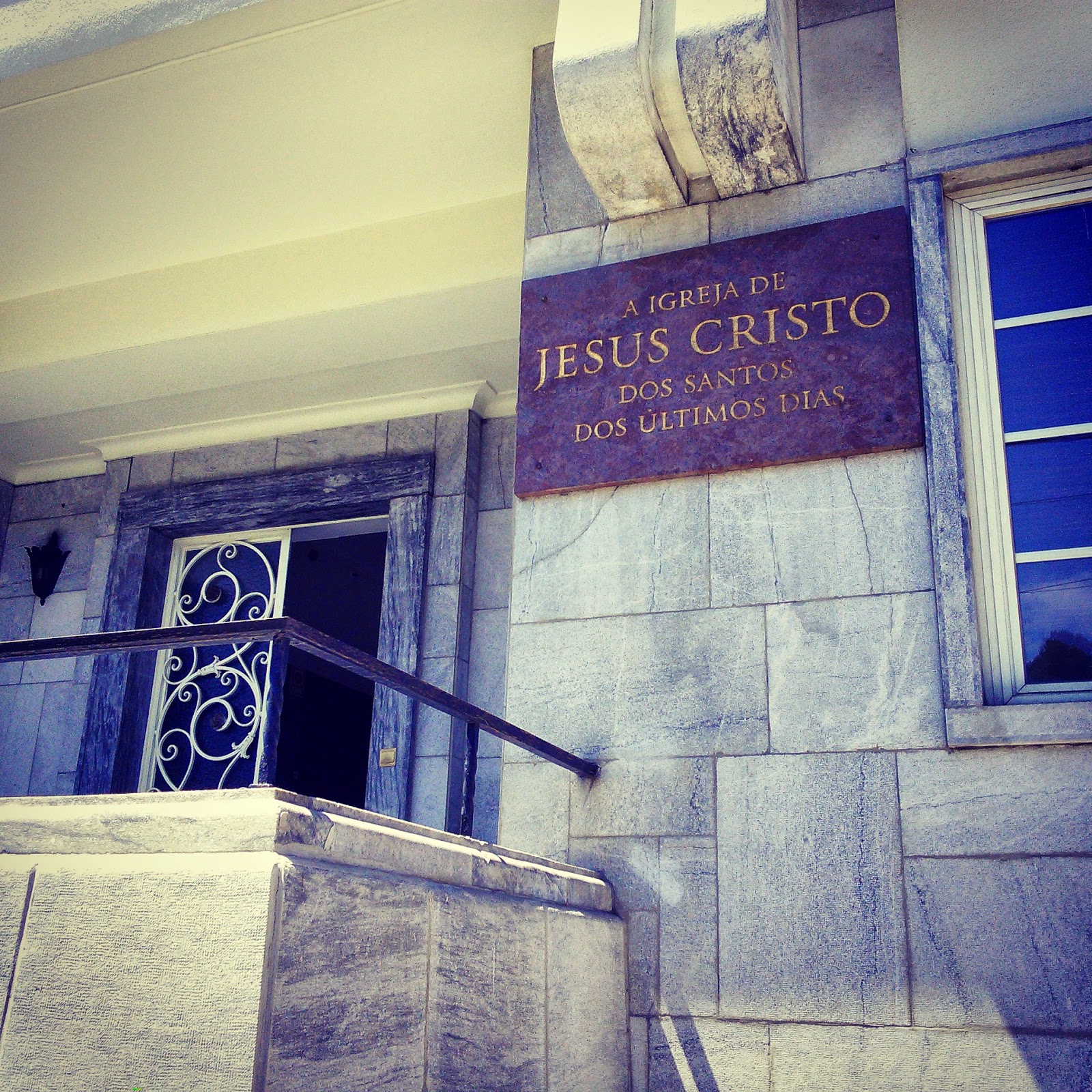 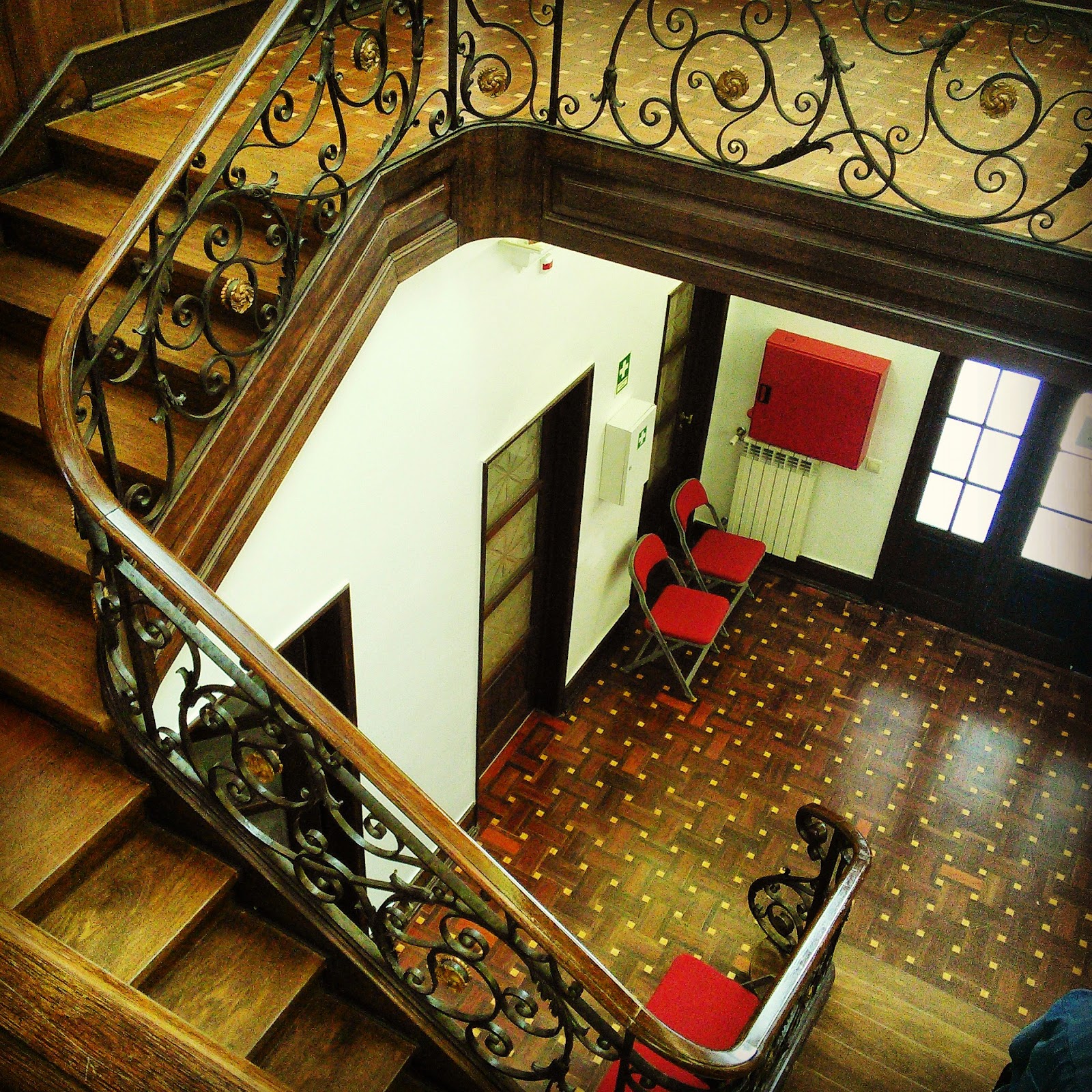 Since it was Sunday we visited the church I like best: mine. We walked with Dale and Valerie about fifteen minutes to a beautiful LDS chapel, retrofitted inside what was once a large family residence. The center of the church was a staircase of polished wood square flooring and ironwork railings. The outside was a courtyard with a little gray fountain in the center. Everything else felt like home, despite all the meetings being in Portuguese. Their schedule is, for me, backwards: priesthood first, then Sunday School, then Sacrament. But you can be assured that everyone was right on time for Sacrament, which is not something I'm used to. It was only a few minutes prior to the meeting that Valerie volunteered me to be the sacrament pianist. I was happy to do it, though I noticed that the rhythms of several of the hymns had changed to accommodate the Portuguese translations. That threw me. The bishop announced that he needed to start learning the piano, so that when he visited my ward in Provo he could play for us. 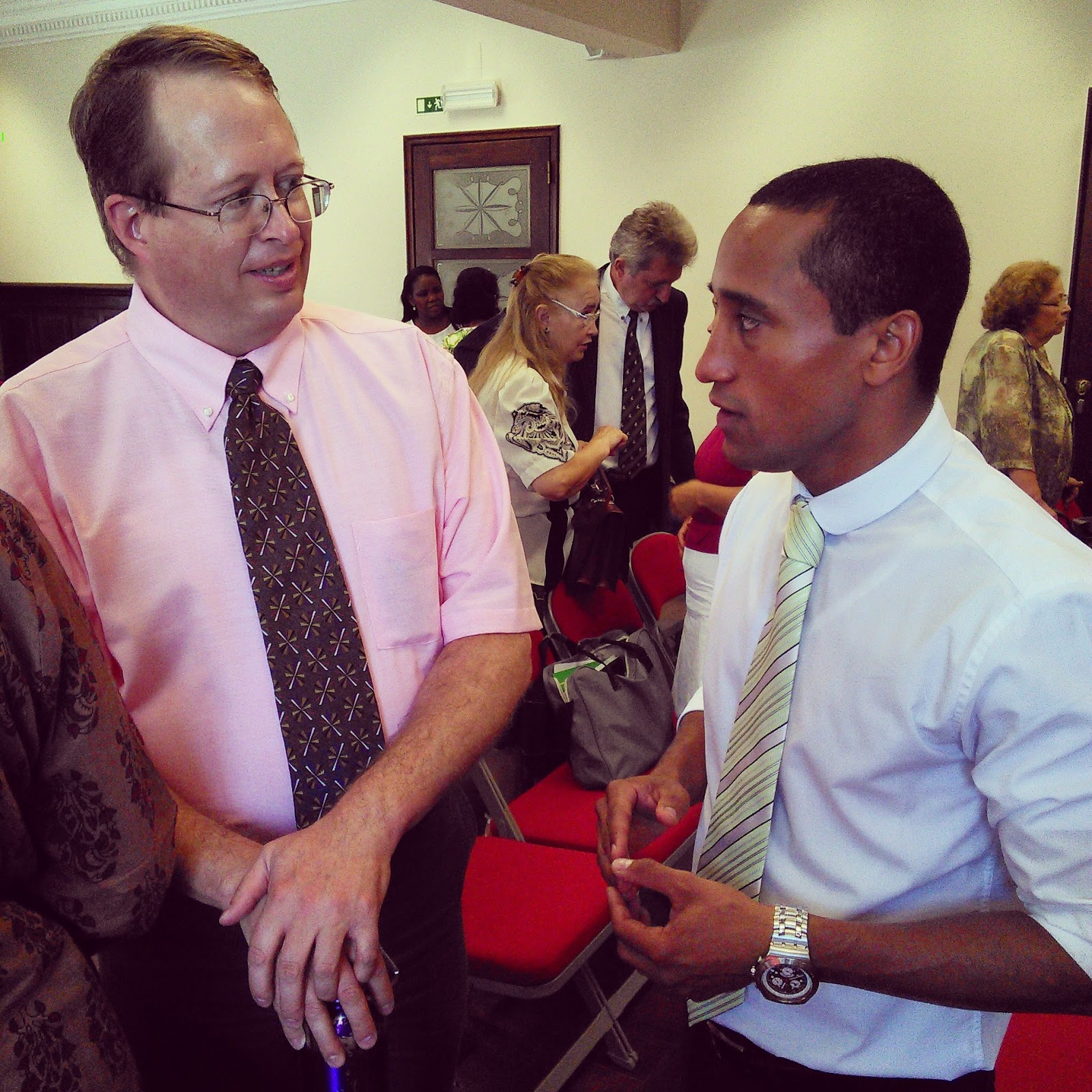 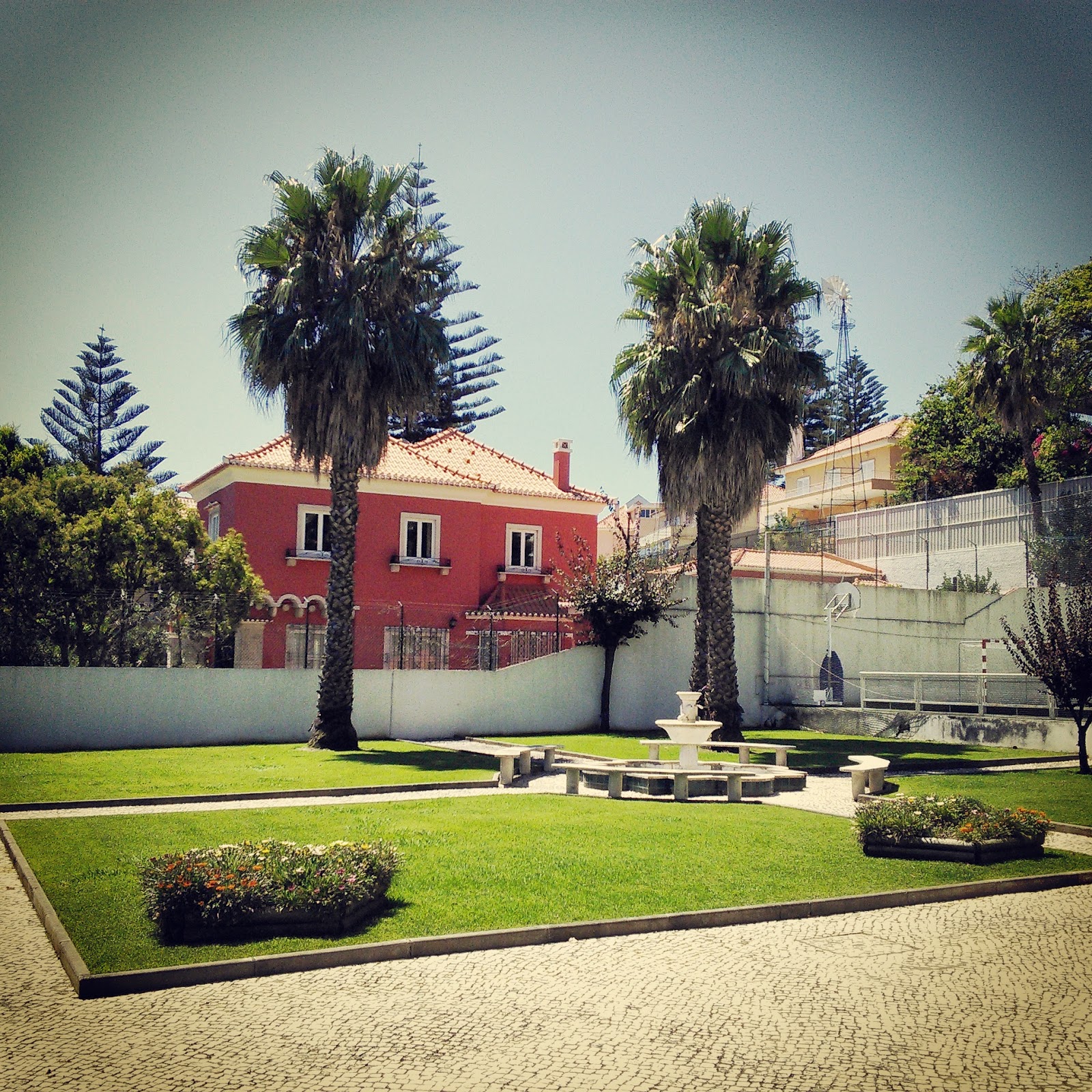 Later in the meeting this young man spoke, and his opening words were "I love the Apostle Paul." I smiled and stroked my beard, which I'm growing for another round of Paul films, and tried to understand the rest of his talk. In spite of the language barrier I could tell he was sweet and sincere. They all were. Is there any group friendlier than LDS wards abroad? 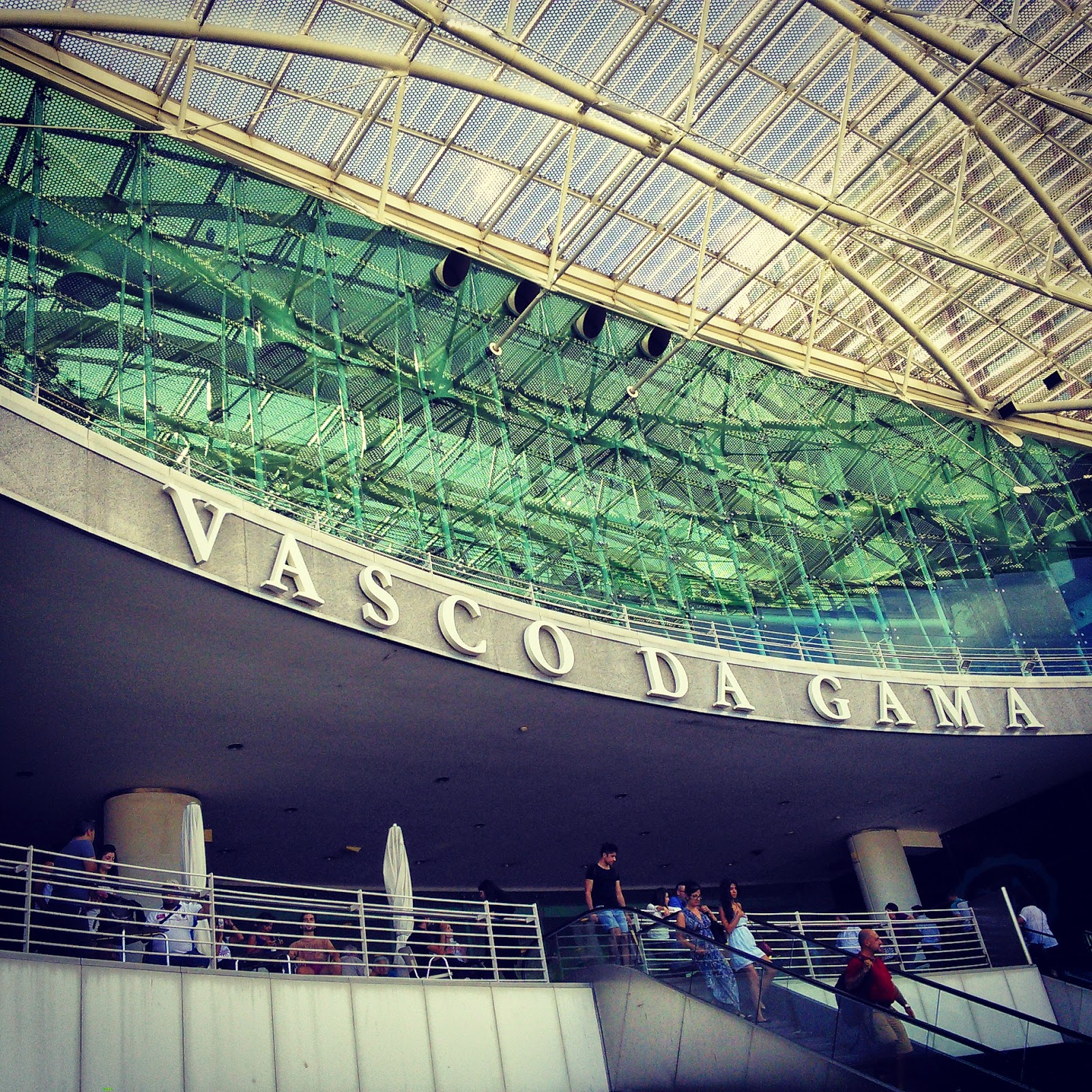 A friendly missionary couple from Saratoga Springs, the Markhams, gave us a lift back to the hotel. We changed clothes, and then Miles, Joseph, and I headed to the Parque das Nacoes ("Park of the Nations") which was built for Lisbon's 1998 world exposition, marking the 500th anniversary of Vasco de Gama's epic voyage to India. It's got an enormous mall, a modernist concrete pavilion, restaurants, a 475 foot lookout tower, gardens, and the second largest aquarium in the world, which was what we really wanted to see. 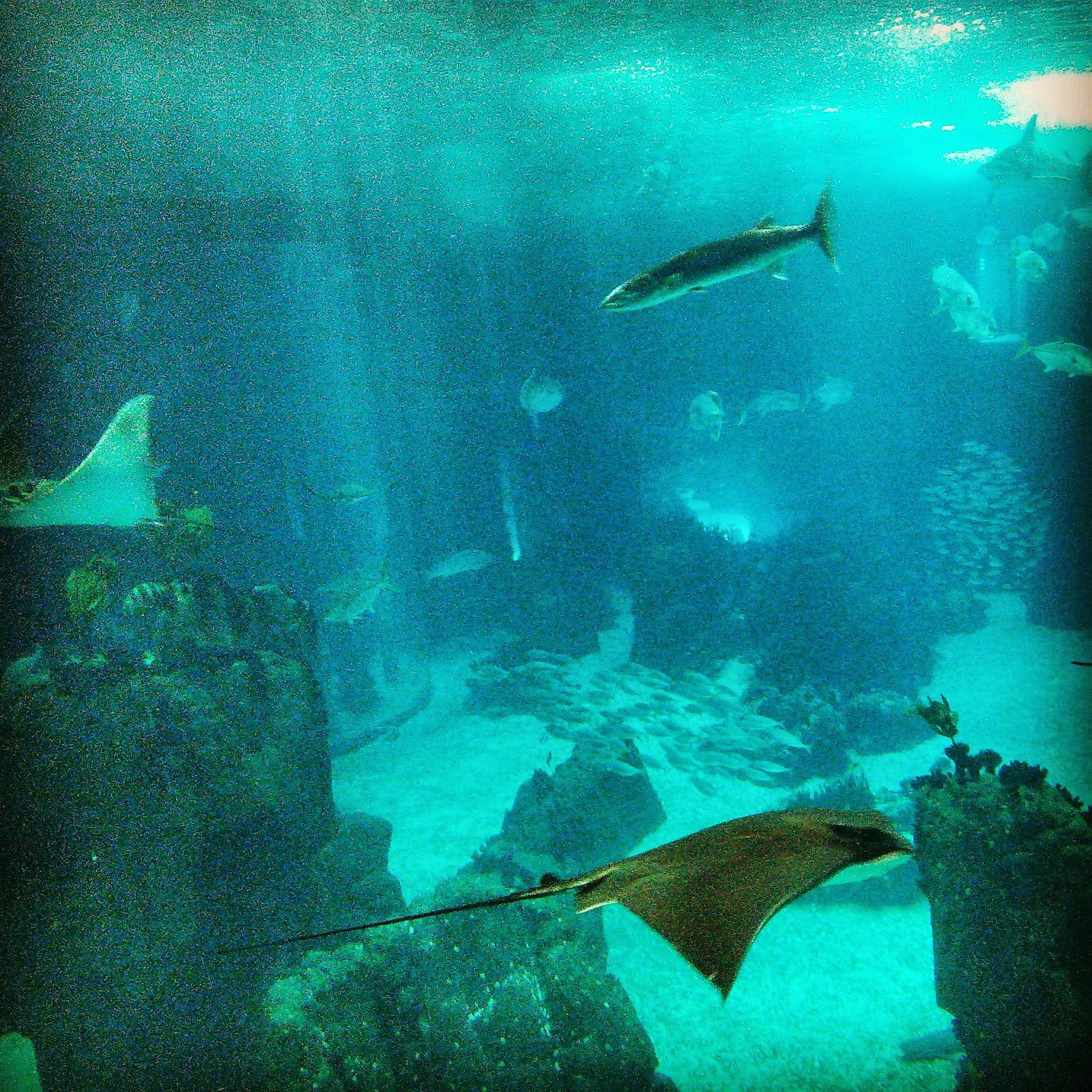 This aquarium was really something, you guys. I've never seen tanks that enormous or that many fish swimming nervously together. Don't they all look hungry? Aren't they all kinda watching each other? Is that just me? The aquarium is two floors, so when you look at the big tank on the first floor you feel like you're 30 feet underwater. Giant sharks swim right up to your face and it's all true: they have dead, dead eyes. The fish are organized by habitat, with each major ocean represented. There's a lot of advice posted everywhere about conservation and several video monitors that attempt to inspire us to "share" this "one big world" but nobody pays much attention to all that. Look! Otters! Watch that penguin dive! At one point I planted myself at the foot of the tank and started to feel like I was sitting on the ocean floor. A lady manta ray flirted with me. 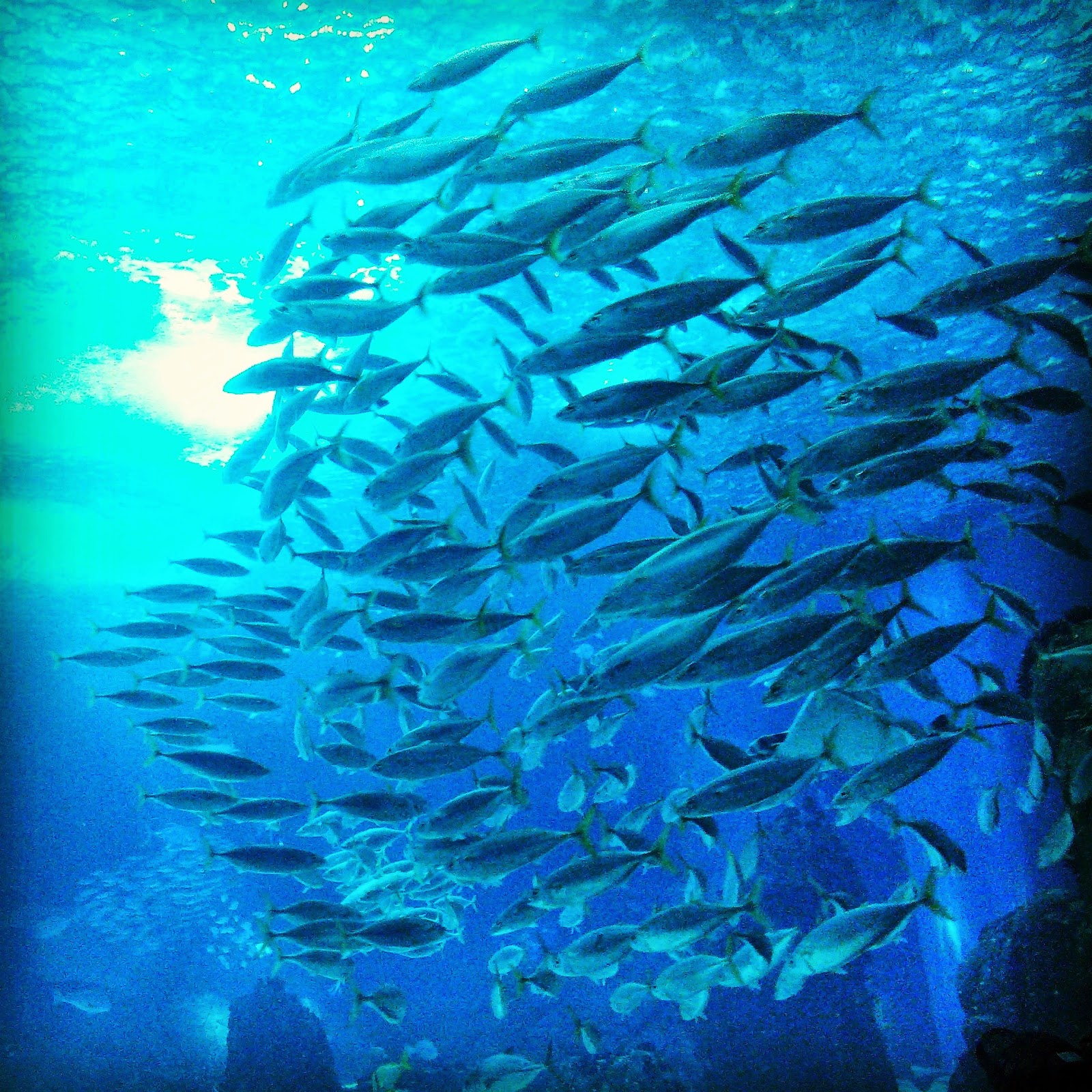 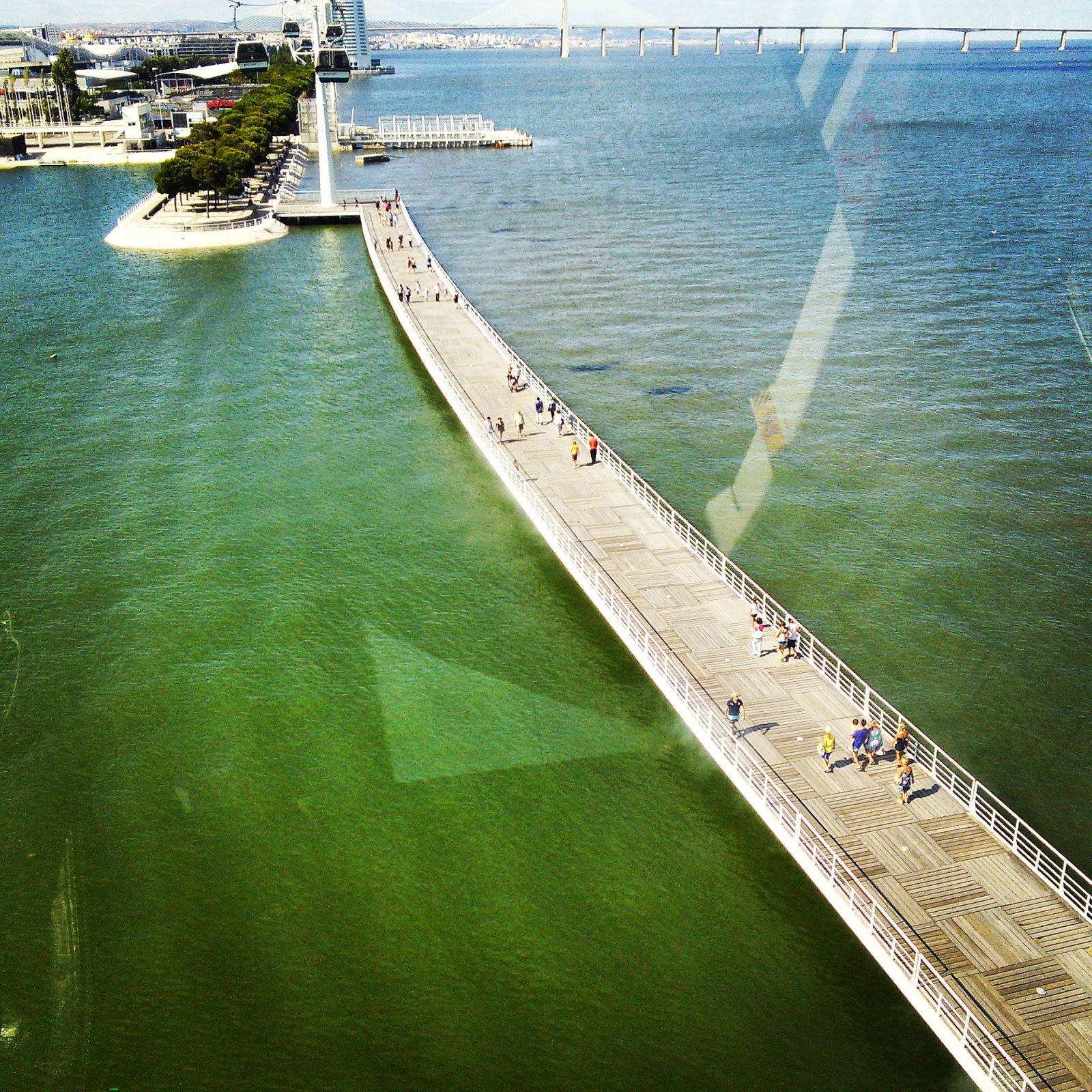 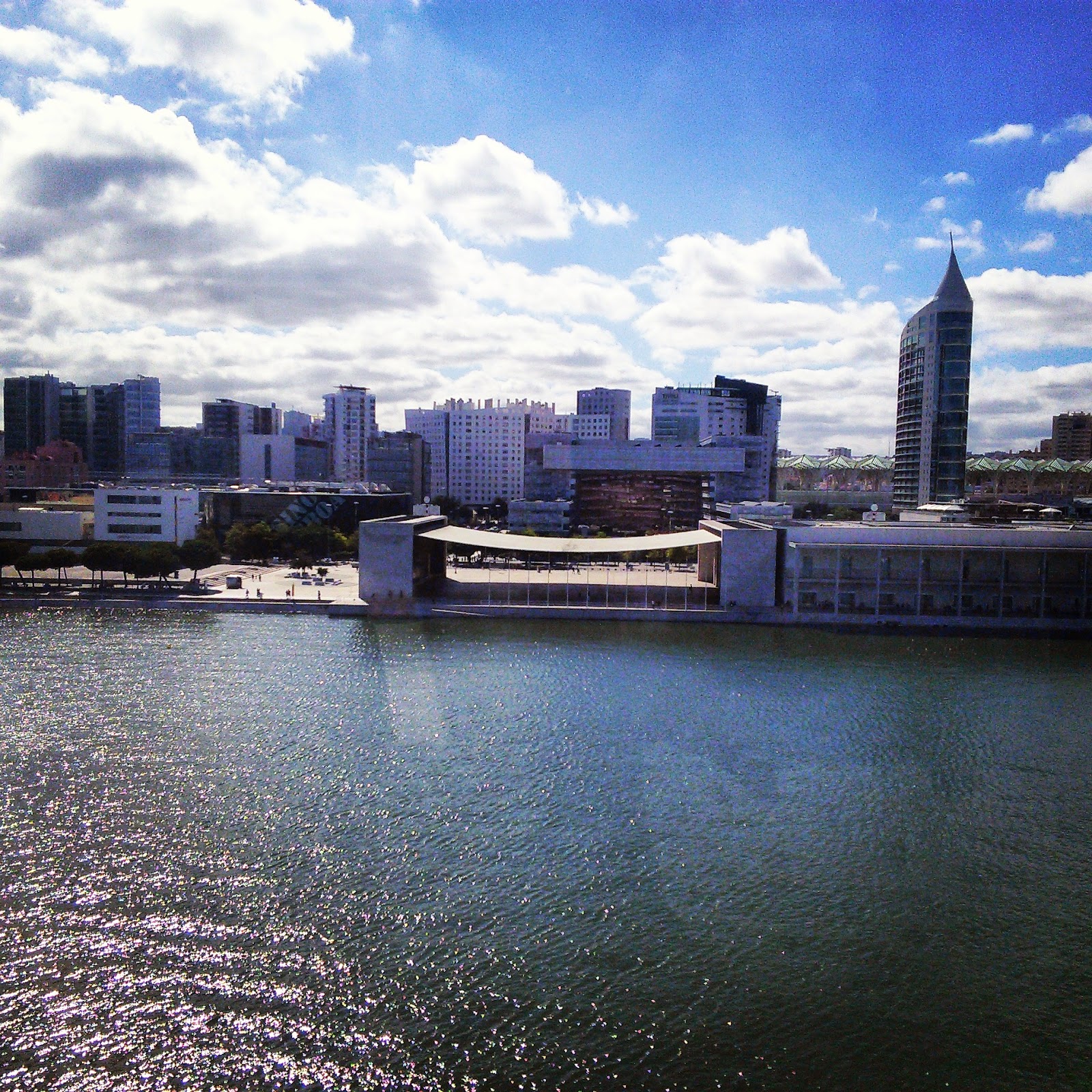 After the aquarium Miles and I rode a cable car that ran most of the length of the Park above the ocean. It gave us a beautiful overview of the city and the Vasco de Gama bridge. Occasionally the wind would blow and the cable car would sway gently. Didn't mind that a bit. 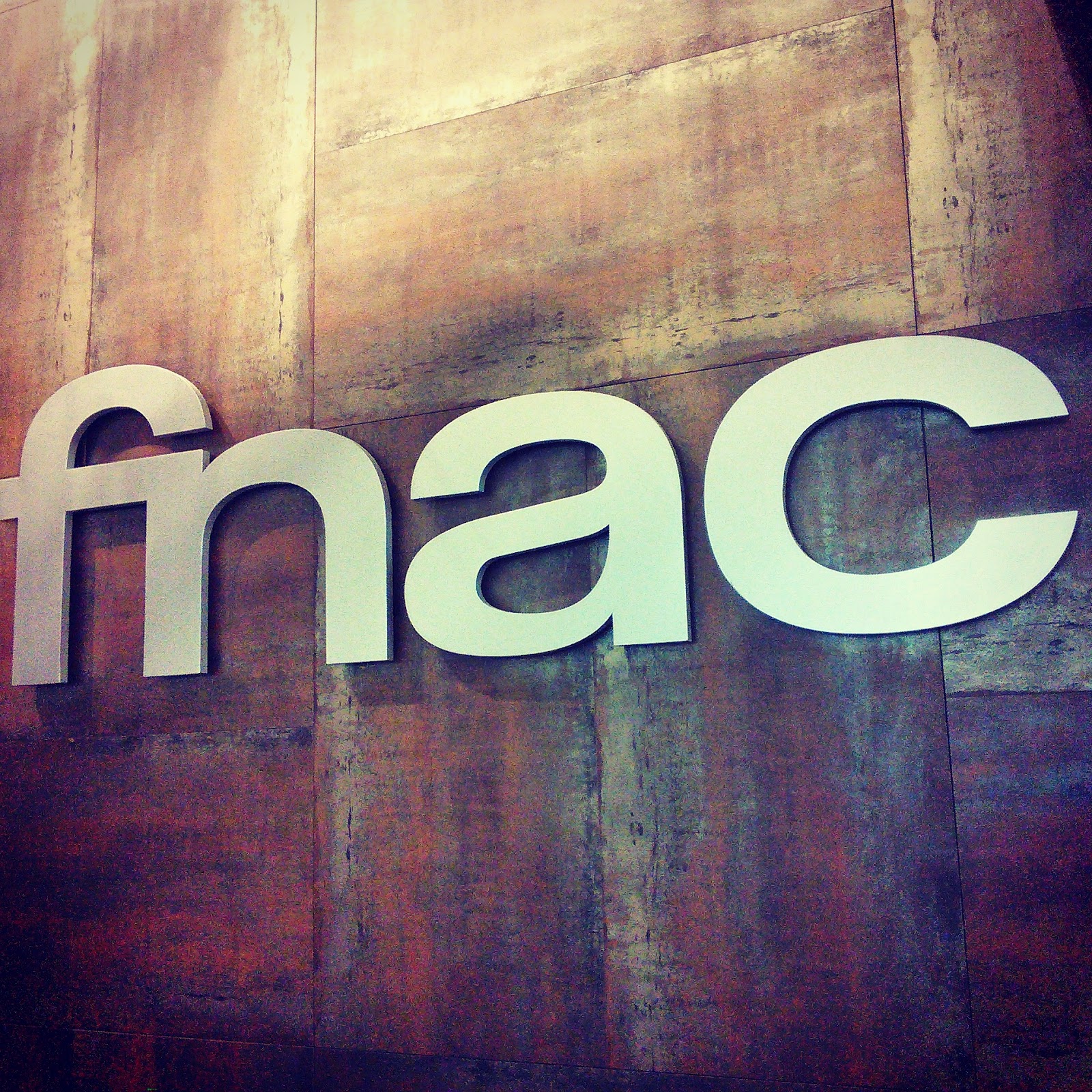 We returned to the mall so that Miles and Joseph could hang out at this media store they love: it's called FNAC. Is that the worst name? Agreed. I sat in the cafe of FNAC and the friendly barista gave me a free Nata; she didn't think I had ever had one and I didn't really confirm or deny that. I thought that was very kind of her. Then I saw her eat two when no one was looking. I guess there were a lot of Natas for the taking today.

We said goodbye to Joseph, Dale, and Valerie at the airport. They're moving on to London. They were so incredibly generous with their time and, even more crucially, their energy while we were here. We saw Lisbon in a way that few do: in the company of experts. I will always remember these four days with them.

Miles and I came back to our hotel to pack, stopping for one last meal. I won't tell you where, but it starts with an M and rhymes with ShackDonalds. We're so European! 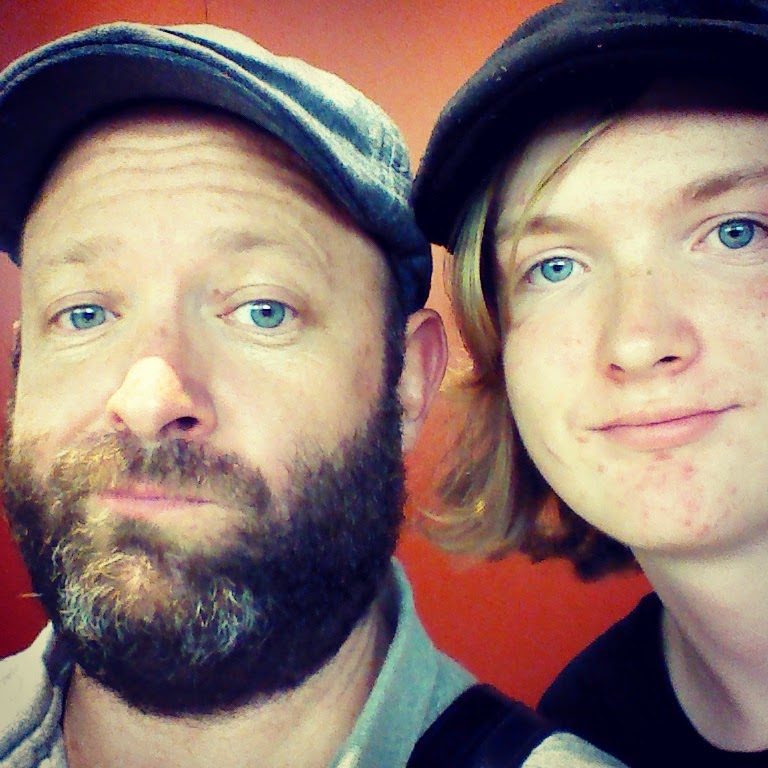