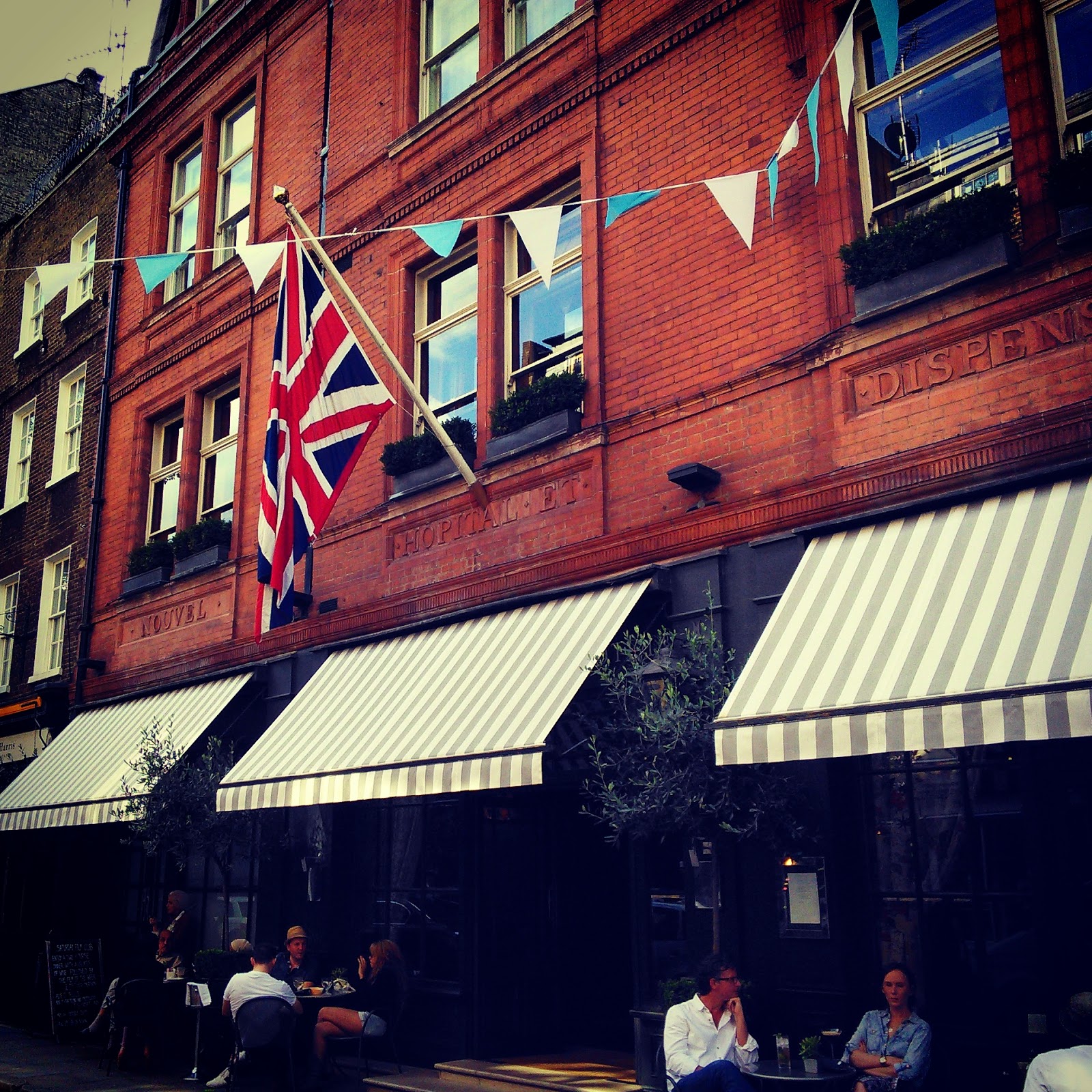 Our last day in London. How does it come so fast? I swear I just checked in here. Time to move on! 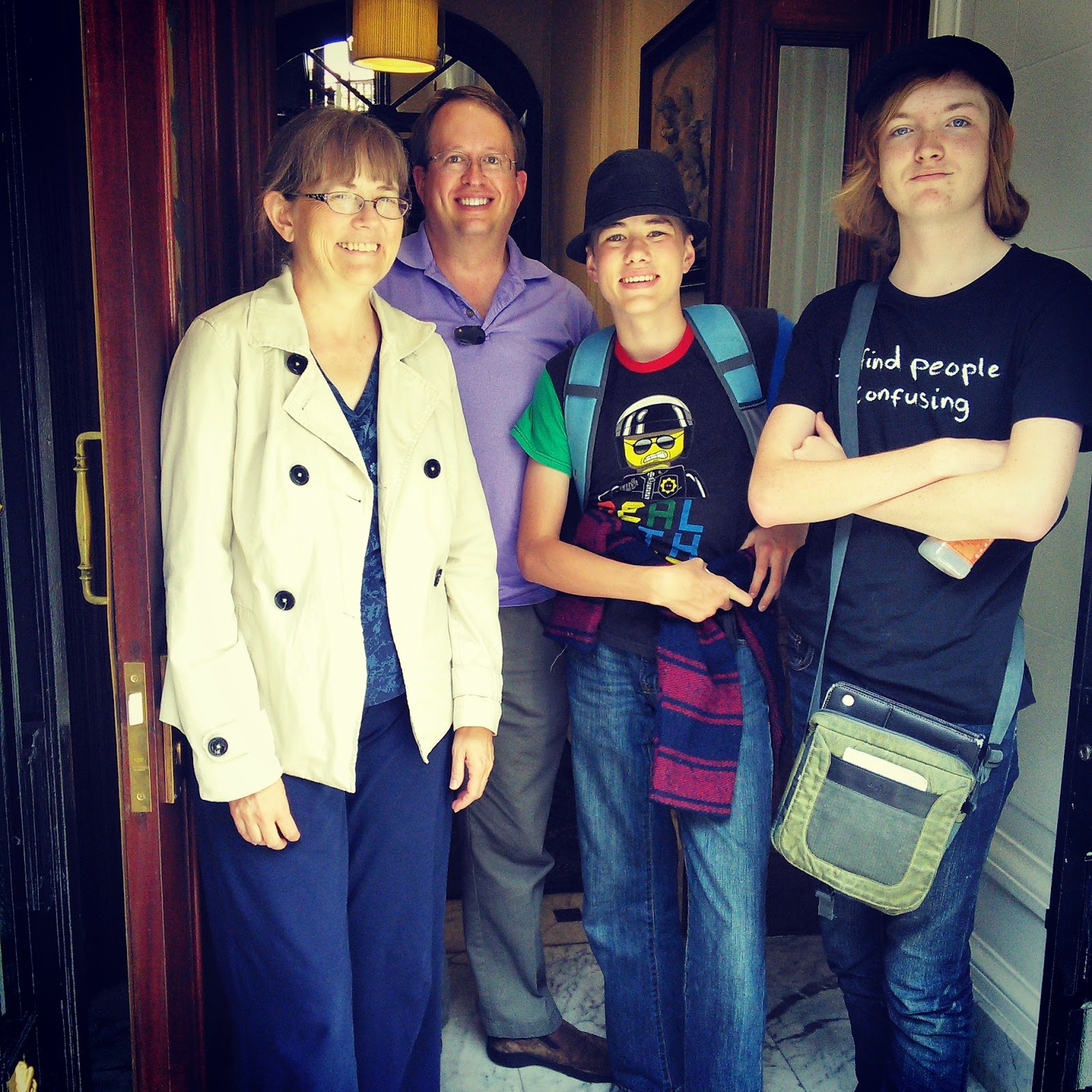 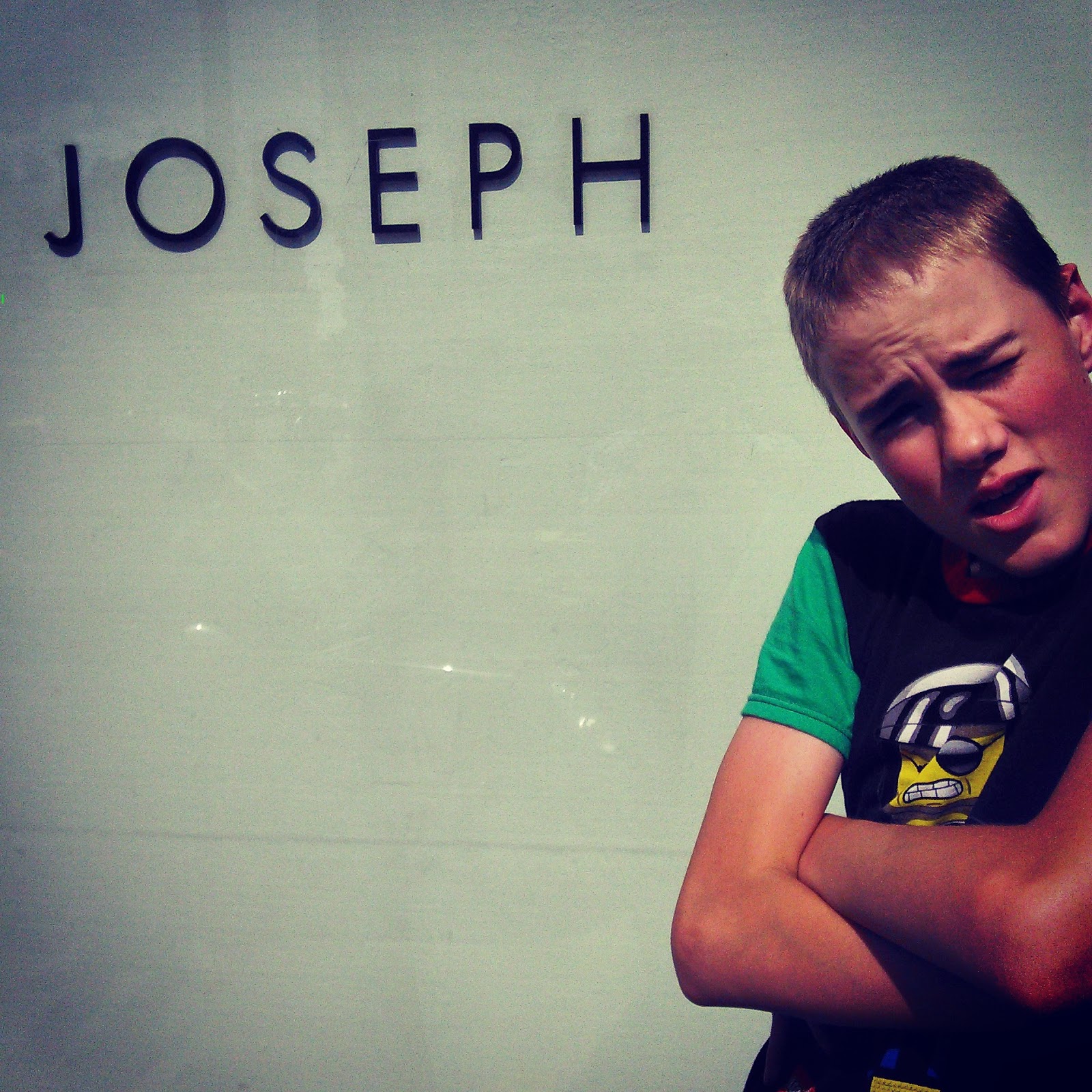 Miles' friend Joseph Hegstrom Pratt has joined our party, making us a gang of three. Joseph is in my home ward, and his parents, Dale and Valerie Hegstrom Pratt, run the BYU Spanish Study Abroad program. They ushered Joseph to us this morning; he was with us today in London and will be for three days in Scotland. Then we're all flying to Portugal to spend three days there with his parents. It's a parent trap! Kind of. Anyway. It was great to see Dale and Valerie and we had a fun talk about the perils and frustrations of running these study abroad programs. But we also recognize how very, very lucky we are to get to do it. 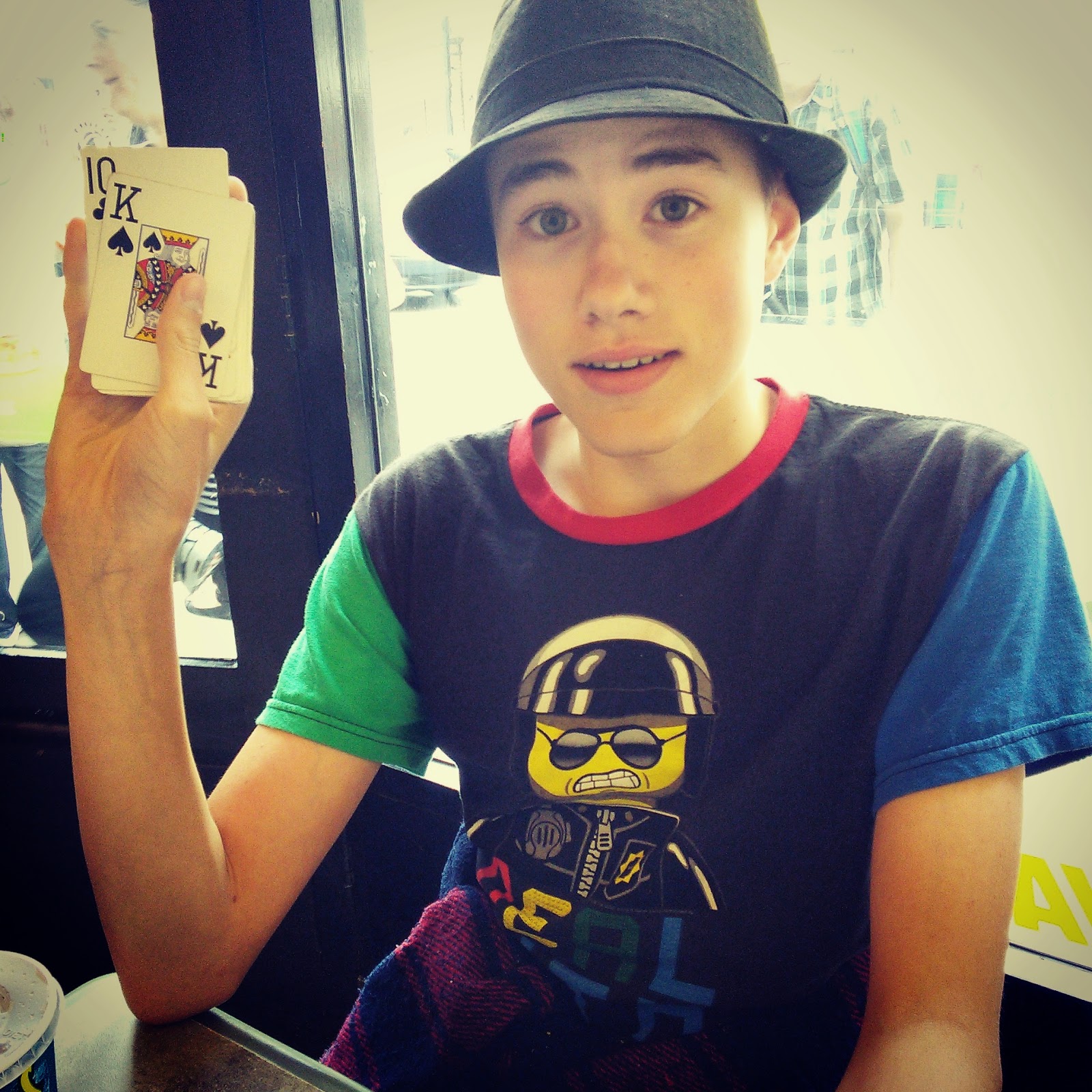 We picked up Joseph and took him to buy a cheapo phone from the Carphone Warehouse. By way of Subway. Which tastes so incredibly bland - is is this bad in the states, too? It's been a while. But Joseph livened things up with his magic tricks! Pick a card. 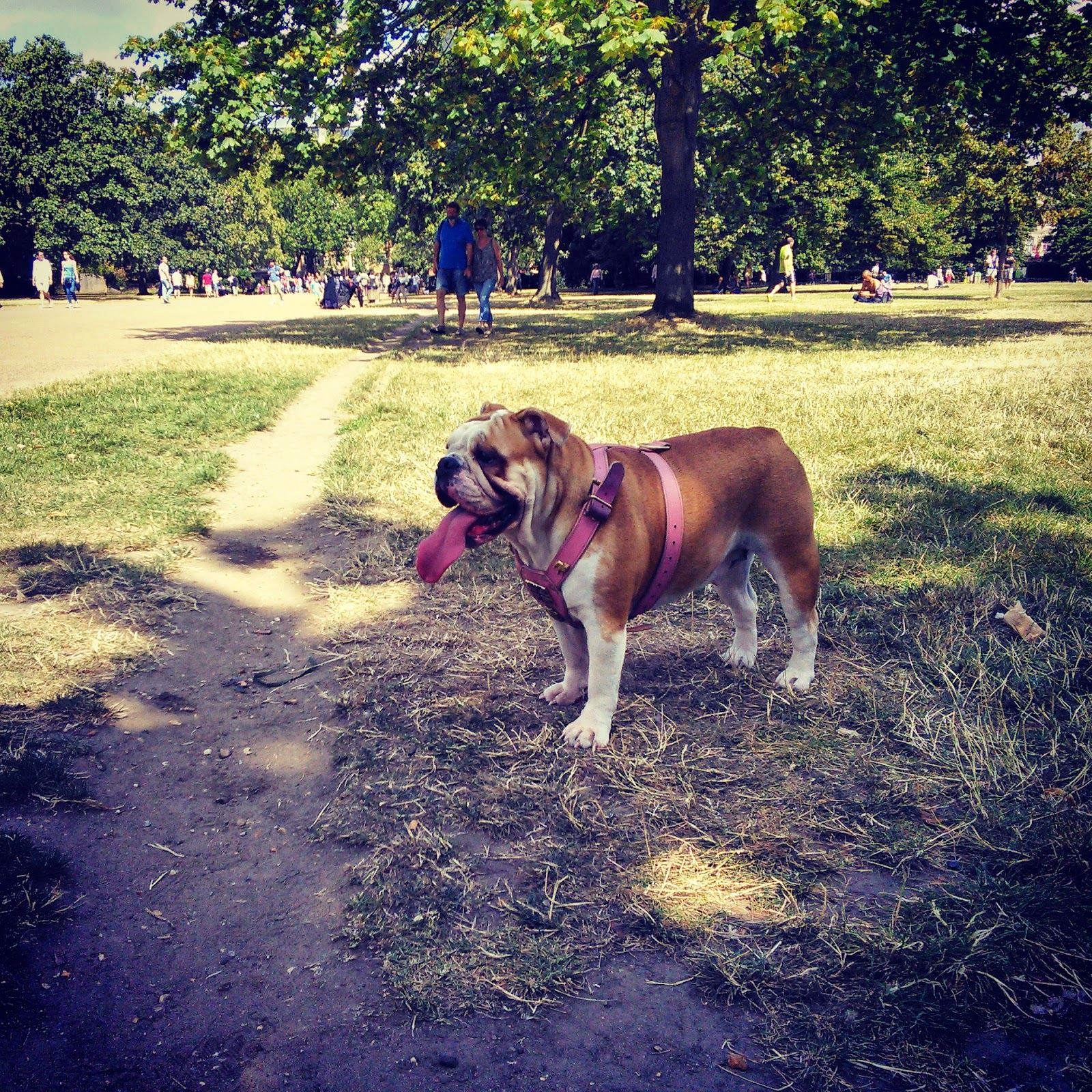 We walked through Kensington Gardens where a pug party was in progress. There were about 25 pugs running around, fighting, rolling in the dirt, and licking people's legs. It was entertaining. 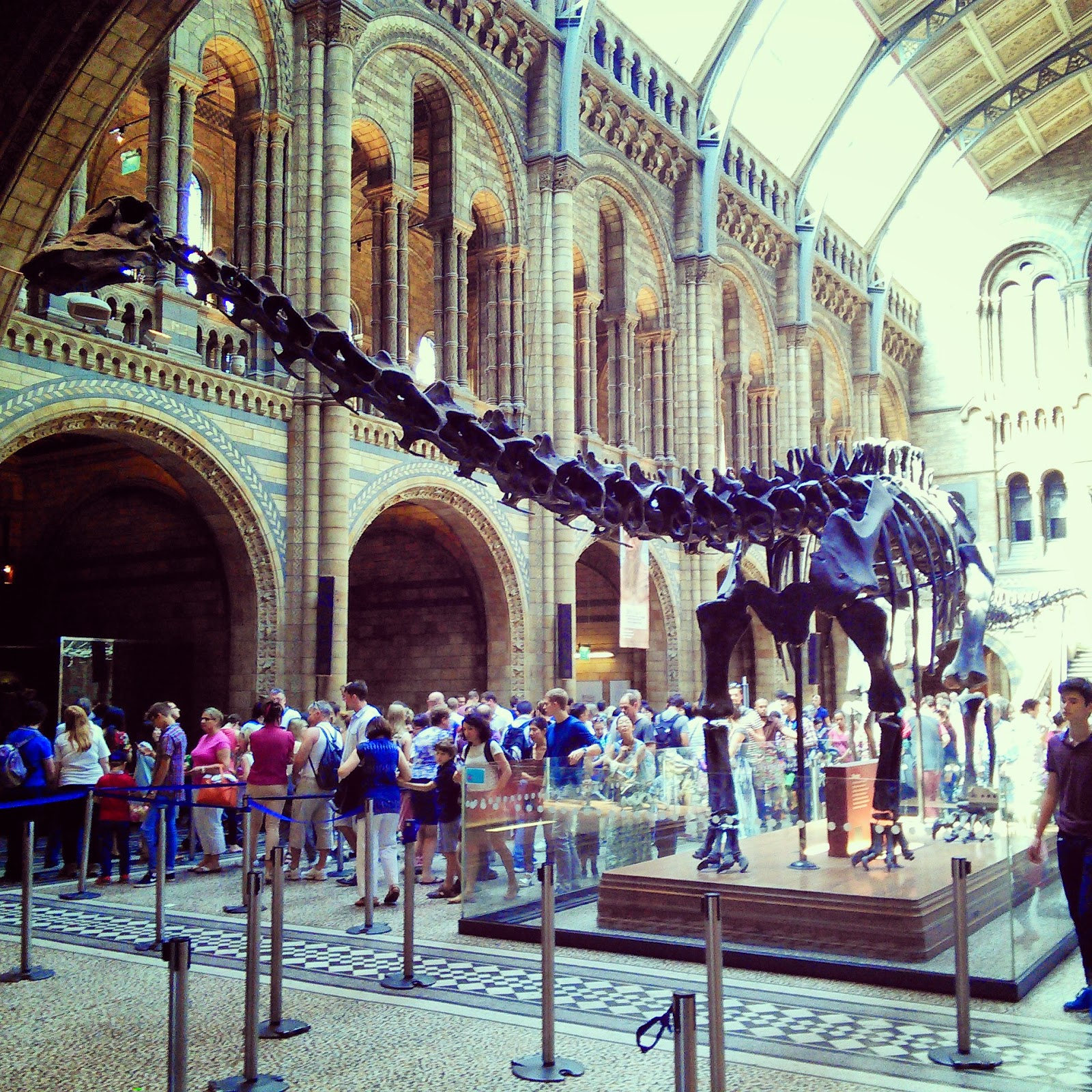 We dropped off Joseph's luggage, and, because I promised his mother I would, embarked on a day in the city to keep him awake. He was a good sport about it, and I didn't really notice him dragging his feet. Occasionally he reminded us that he hadn't slept in over 30 hours, but we kept on walking! One time he claimed he was "going blind" but I assured him he wasn't. 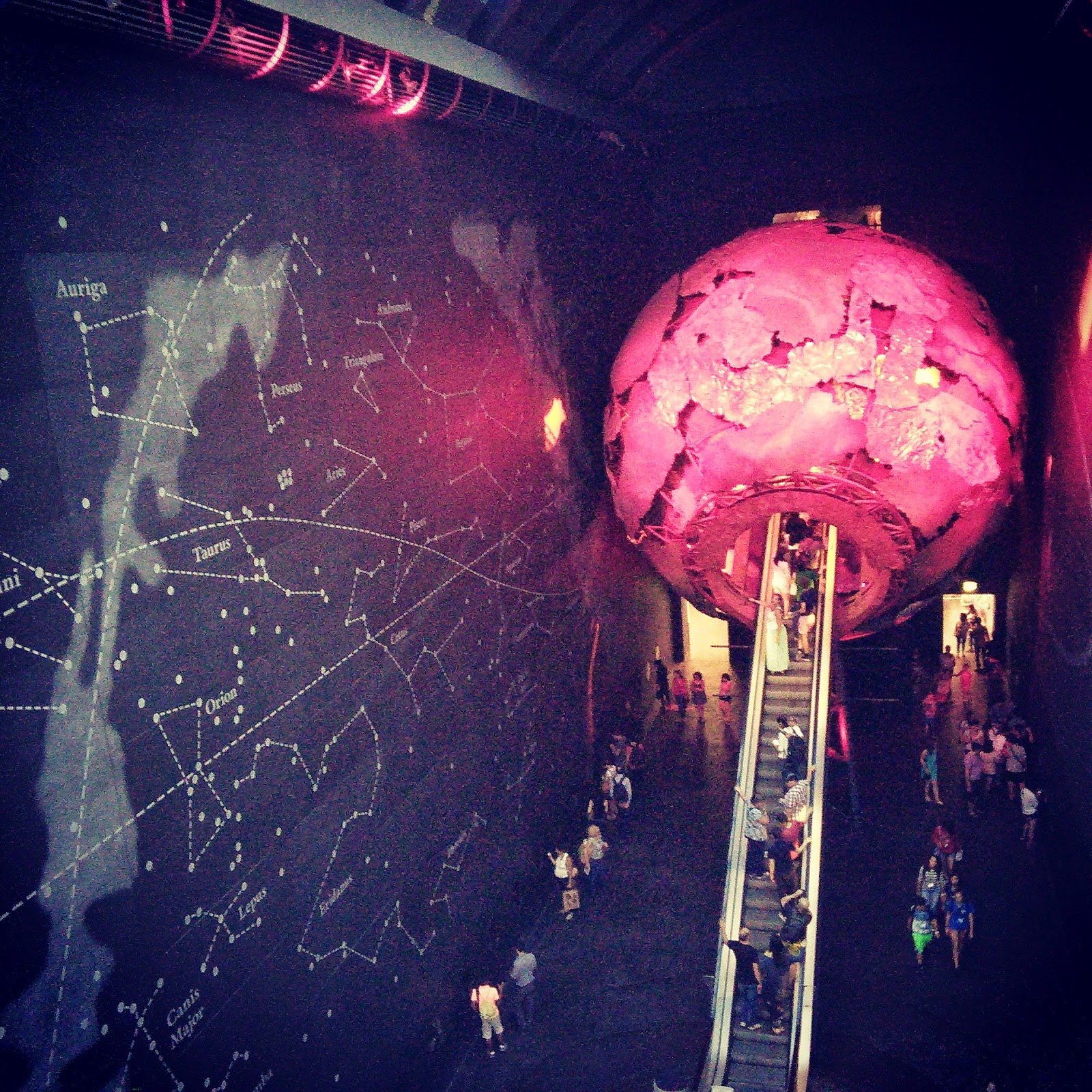 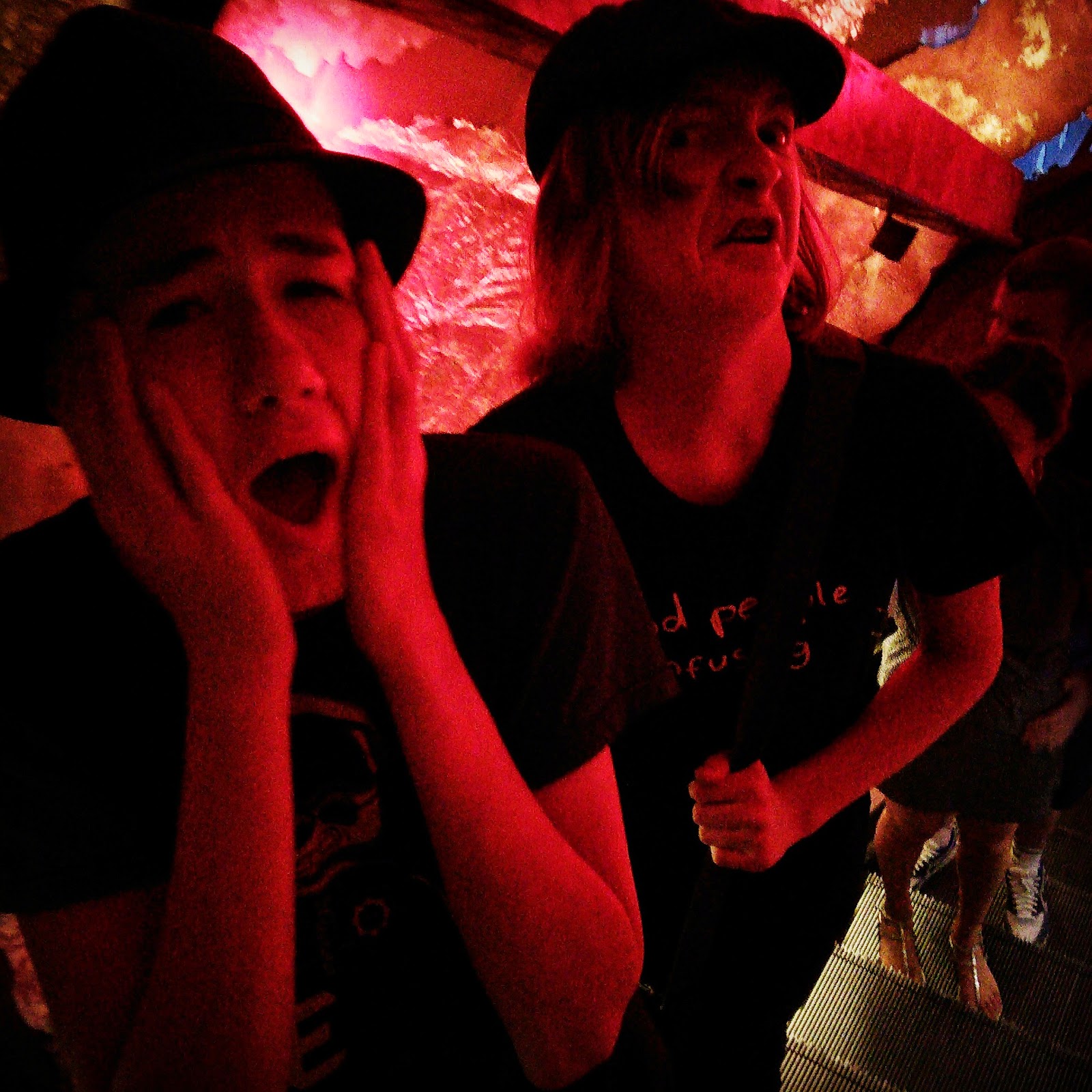 We first hit the Natural History Museum. Miles and Joseph joked and made fun of the exhibits, but then carefully looked at each one. Ah, to be sixteen! Remember when it wasn't cool to like things? Even if you liked them? Miles and Joseph took a tunnel ride through the center of the earth, and they made it very dramatic (which I really enjoyed.)

After the museum, we hit every store I could think of that a teenaged boy would love:

The Conran Shop: Full of cool, modern furniture, lighting, and art - but with a basement full of handmade toys! 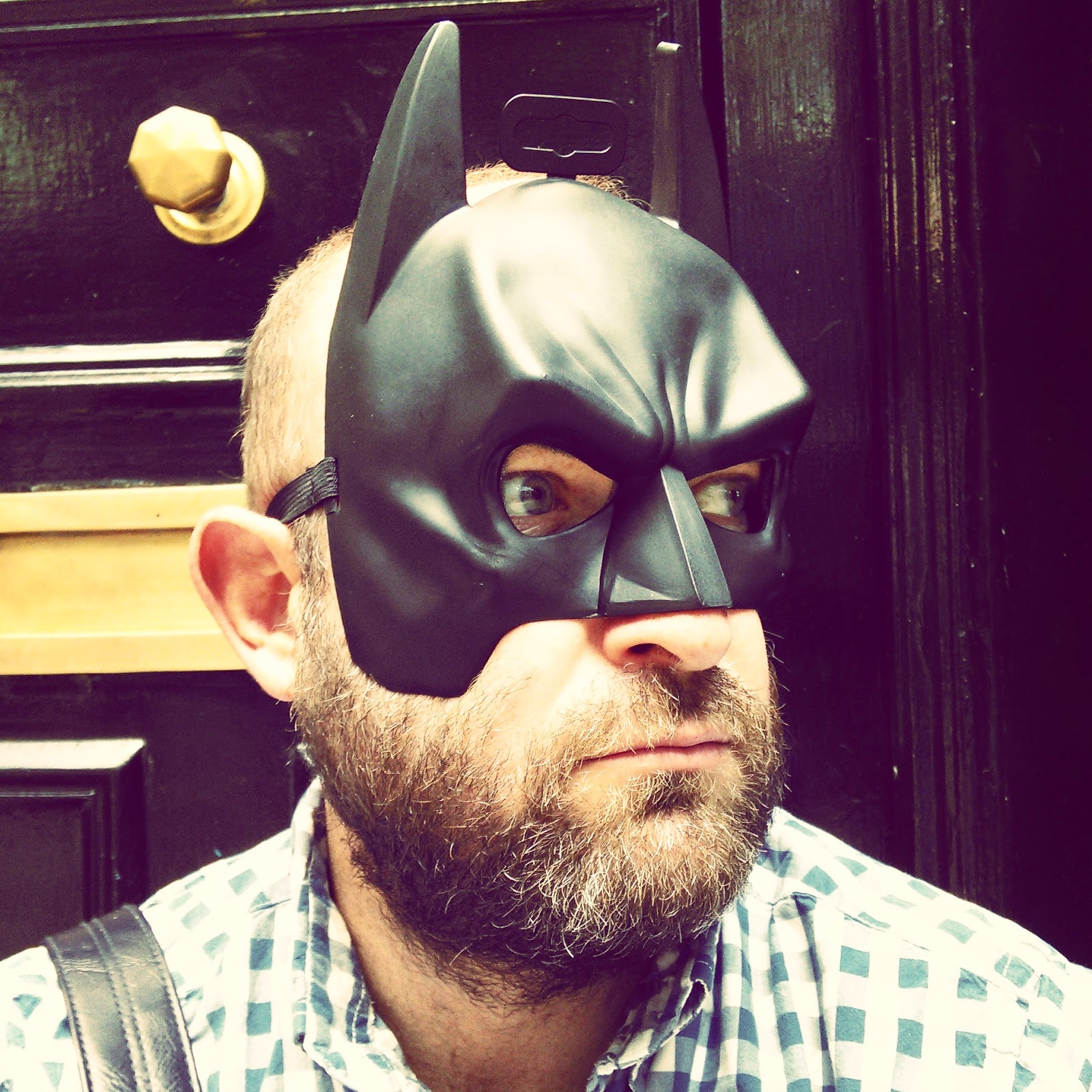 Forbidden Planet: Yes, we were here yesterday. But I did promise Miles we would return. So we did. And I sat on a step across the street and read my book while the boys looked and browsed and bought a few nerdy posters. I told them they could stay in there as long as they wanted, and whoo-boy! Did they!

( I should mention that I made a purchase myself: this sweet Batman mask for Hugh.) 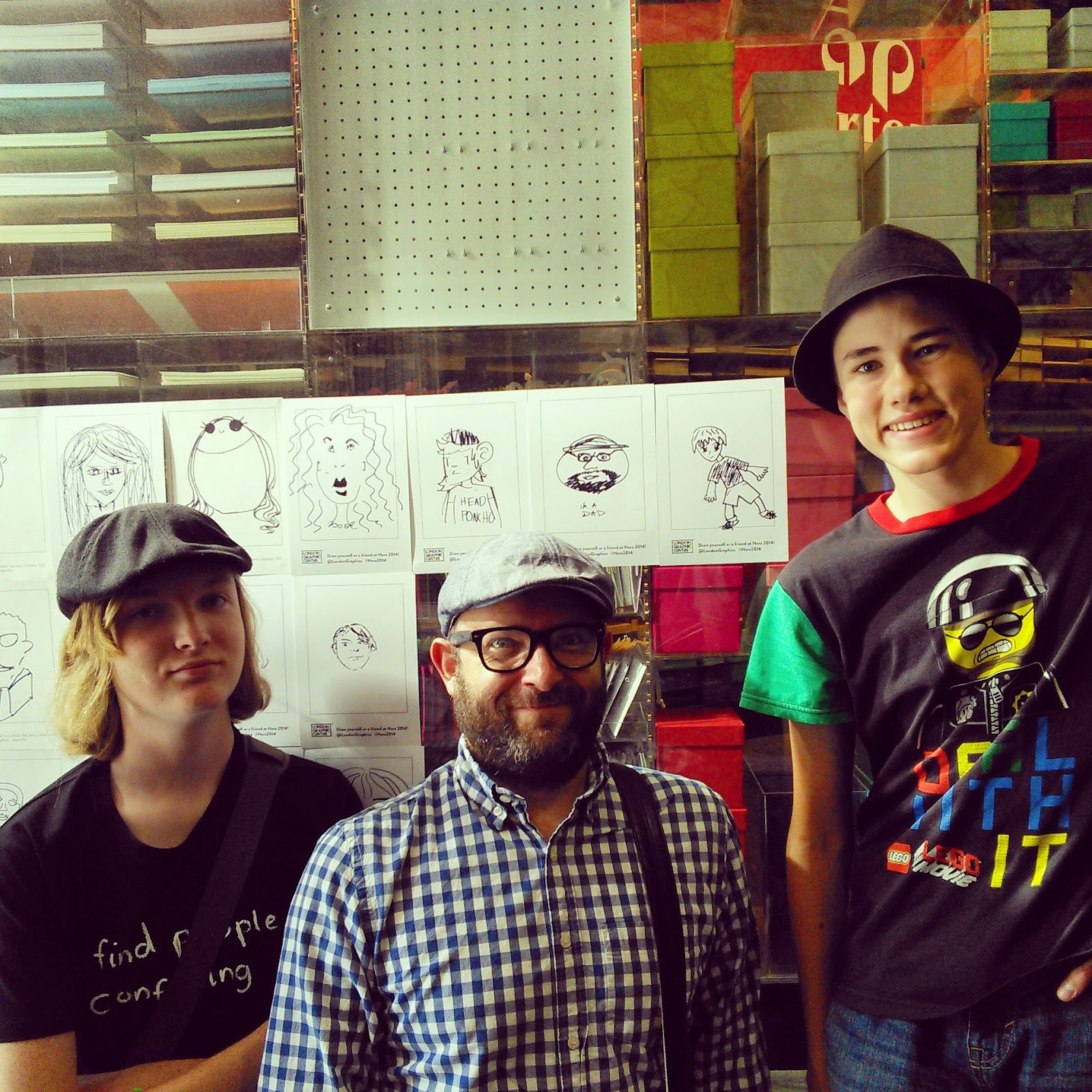 The Design Centre: It's full of graphic art and supplies. We entered a contest where you had to draw your own picture in 30 seconds. Our results are posted above my head.

TokyoToys: A store full of....you guessed it...toys from Tokyo! That was a solid thirty minutes. 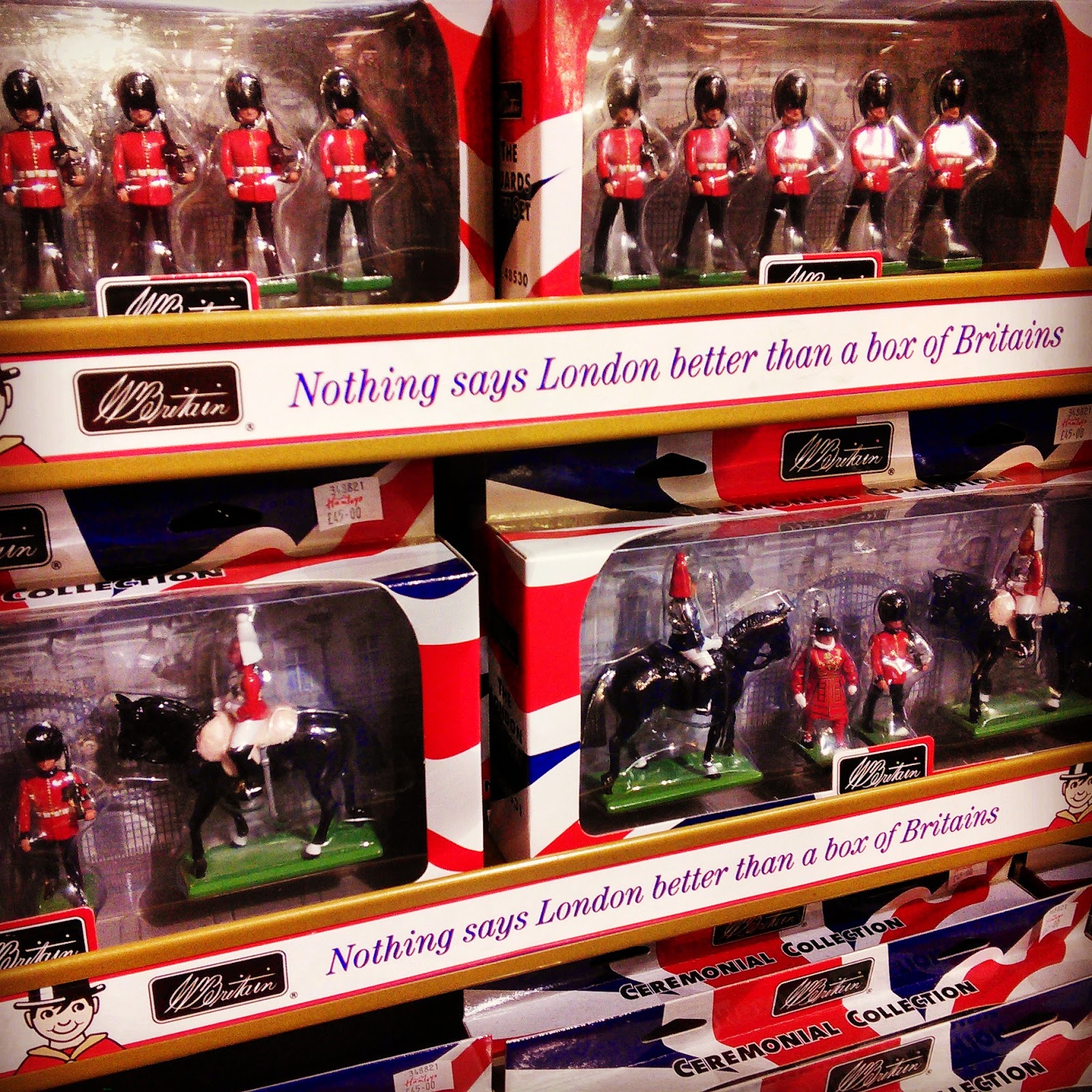 Hamleys: The largest toy store in London. Most of the stuff was too juvenile for the boys, but I got a little excited about all of the classic London soldiers, double-decker buses, and tube trains. I snuck a picture when the boys weren't looking and couldn't judge me.

The Vintage Magazine Store: A classic. Movie memorabilia, campy cards, loony t-shirt. When will the madness stop? Never, I tell you, never! 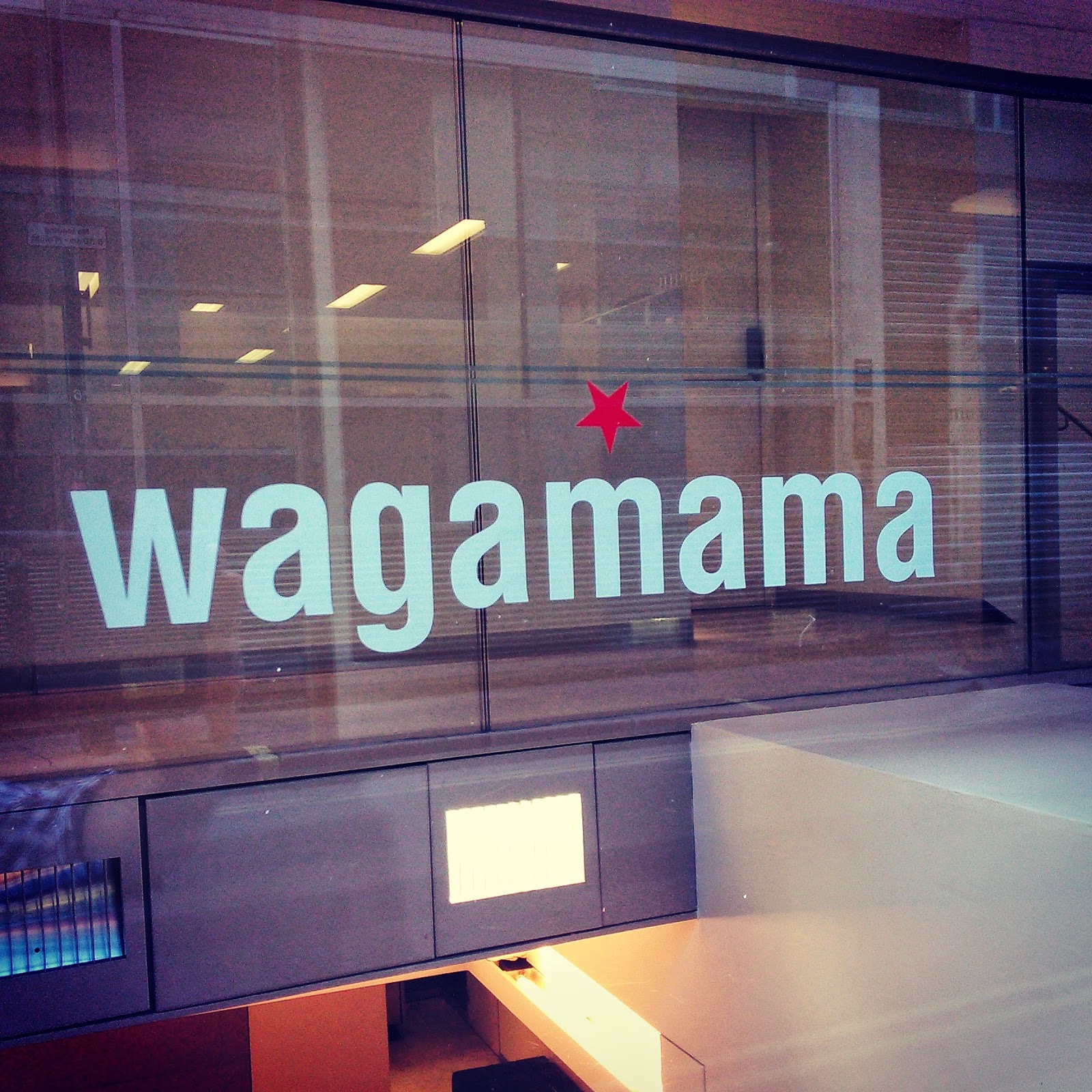 Wagamama: This one was for me. 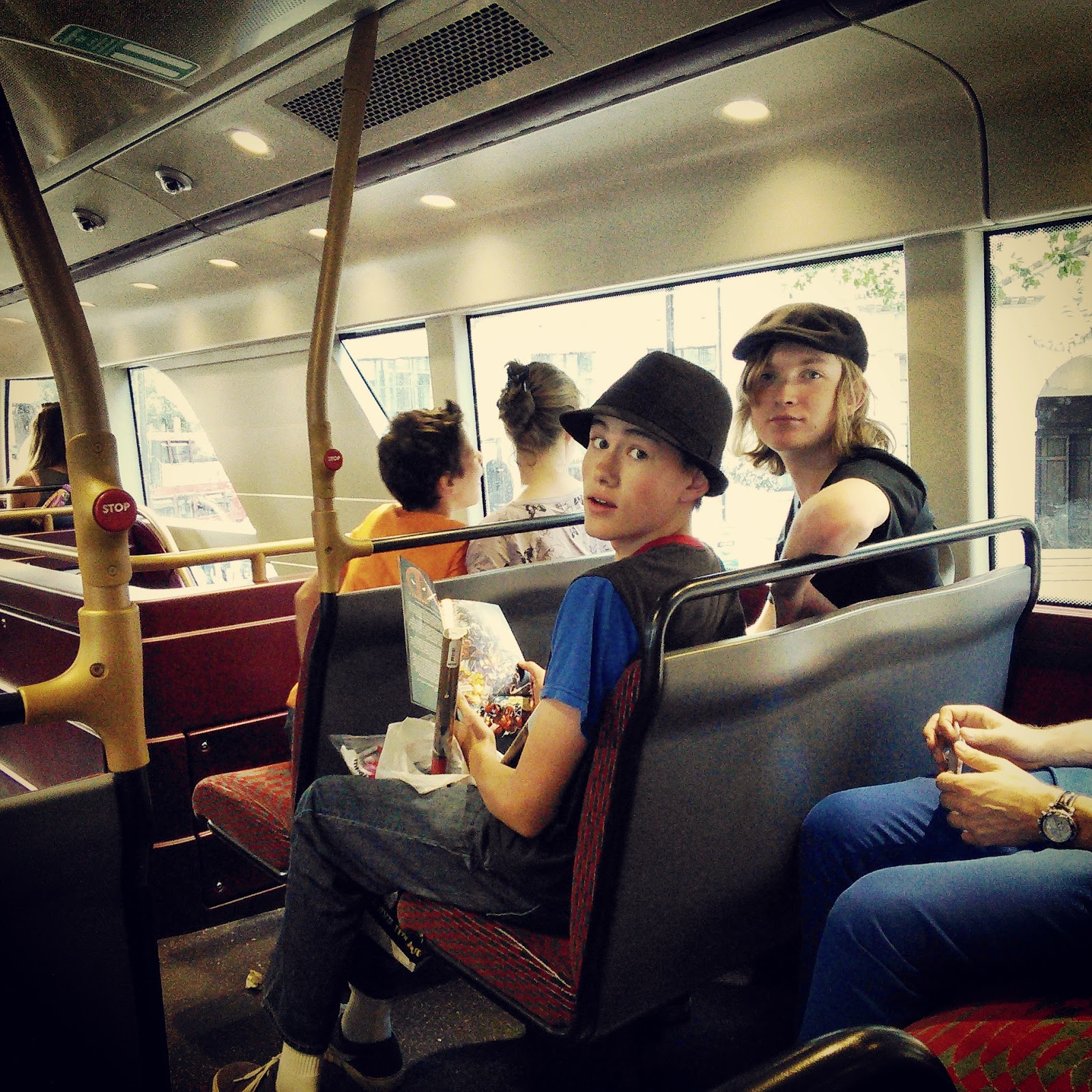 We took the bus home, primarily so Joseph could have that experience but also because it really does drop us off closer to our flat than the tube does. And then we packed up. Miles packs his suitcase in about three minutes. I can only pray that he got everything in there. And I walked Miles and Joseph to the student flats, where they are spending the night (on a couch!) I'll pick them up at 7:00 tomorrow morning to catch our flight to Scotland. And so it's goodbye to South Kensington for another year. And one day closer to being home again. Why am I so sad, though? 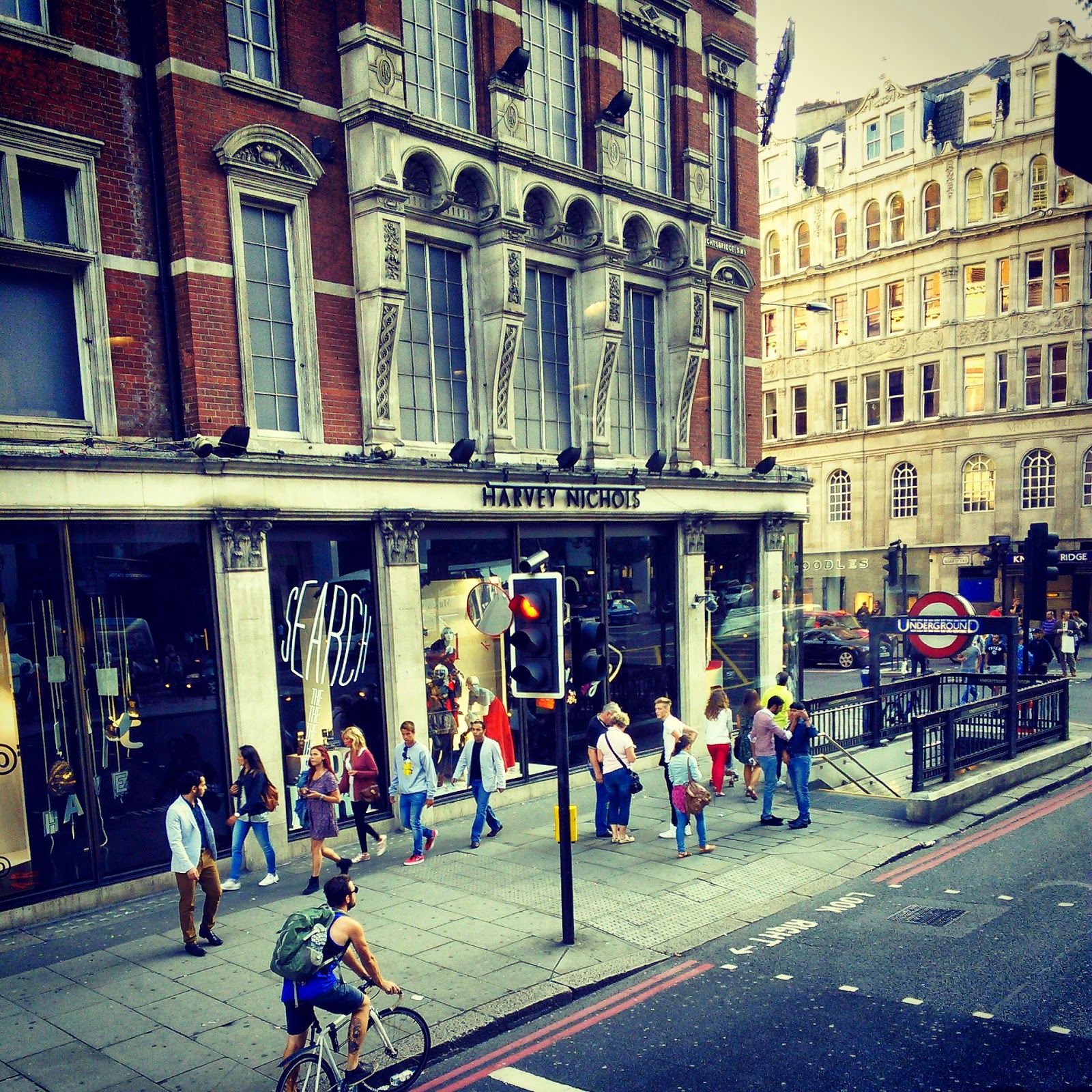