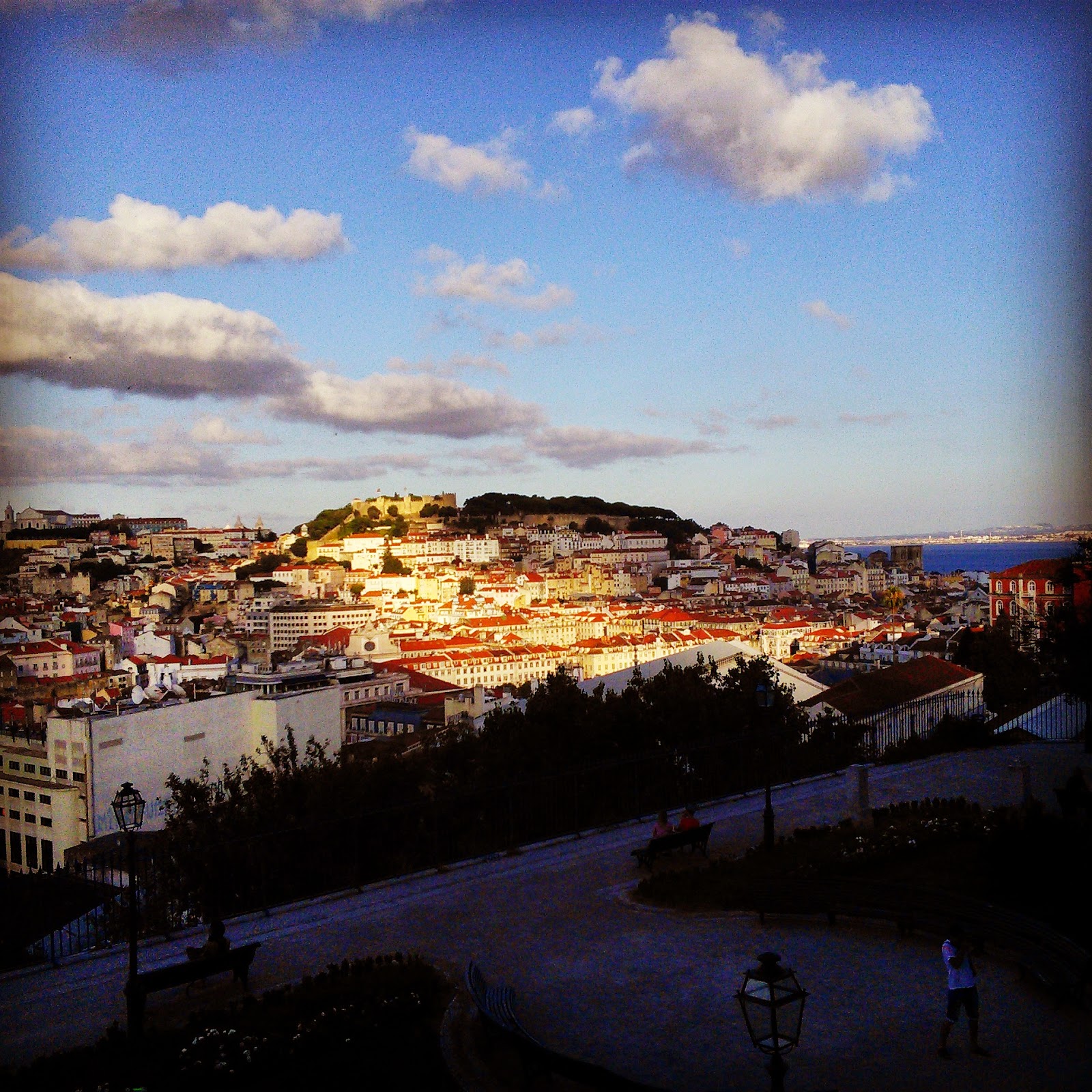 It seems to me that it takes three days to really understand a place. The first day is always foreign, the second day is promising and exciting, and the third day you sort of settle in. That's how I felt today. I still couldn't find my way around the city, but I feel like I understand the patterns of it; the sounds, the people, the energy. I like Lisbon. It's colorful and energetic and honest. 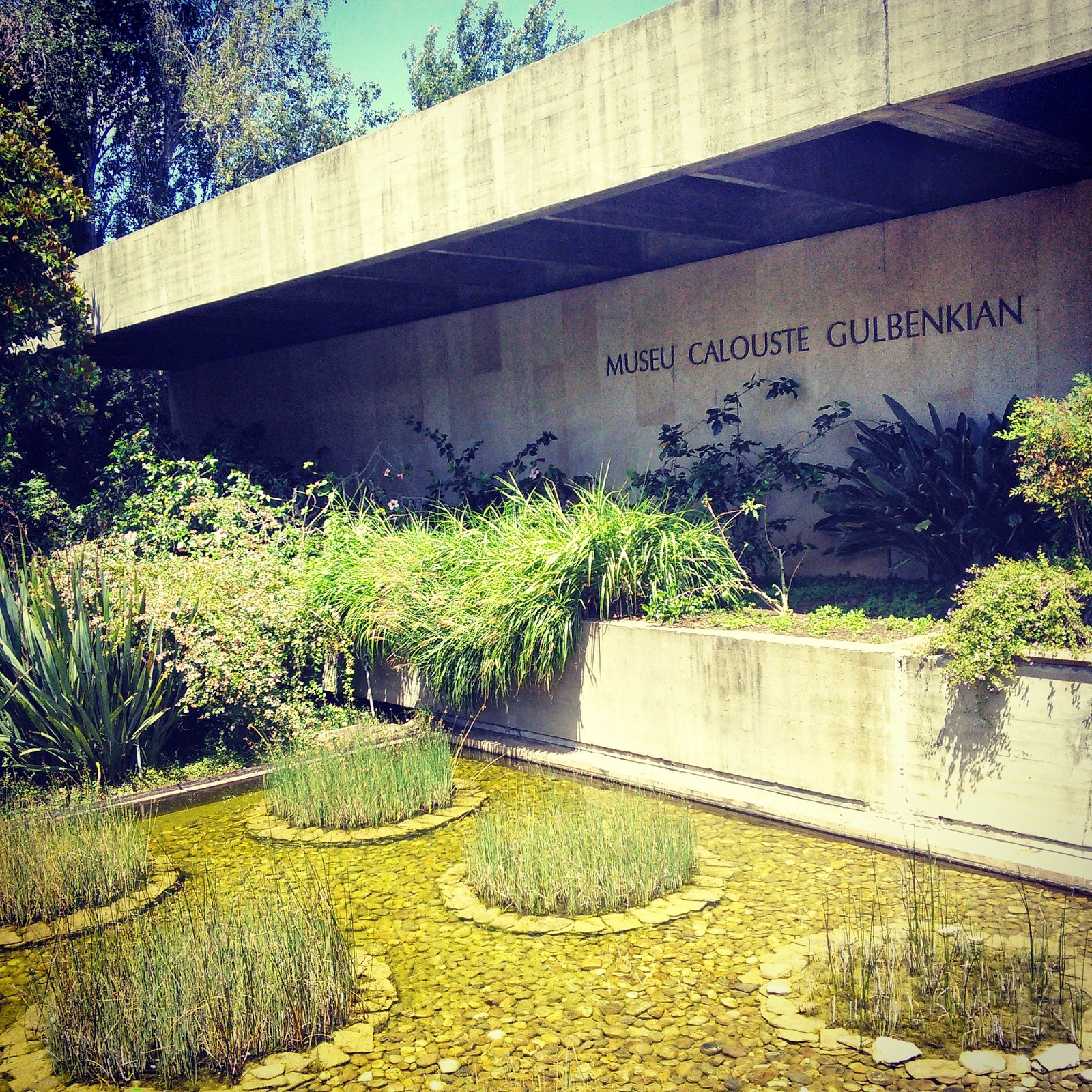 We started the day at the Gulbenkian Museum. It's a relatively small museum, but it spans 4,000 years of art history in one wandering wing. And what it lacks in quantity it certainly makes up for in quality - I saw some things in there that stuck with me the rest of the day.  I sent Joseph and Miles on a scavenger hunt (let's just say this: museums aren't their bag and they aren't afraid to let you know - growling, hunched shoulders, ipads, you get the point) They had to find ten objects that I specified in the museum and take pictures of them. Once they had all ten they could crash in the lobby and read their books. Here are a few objects they had to find: 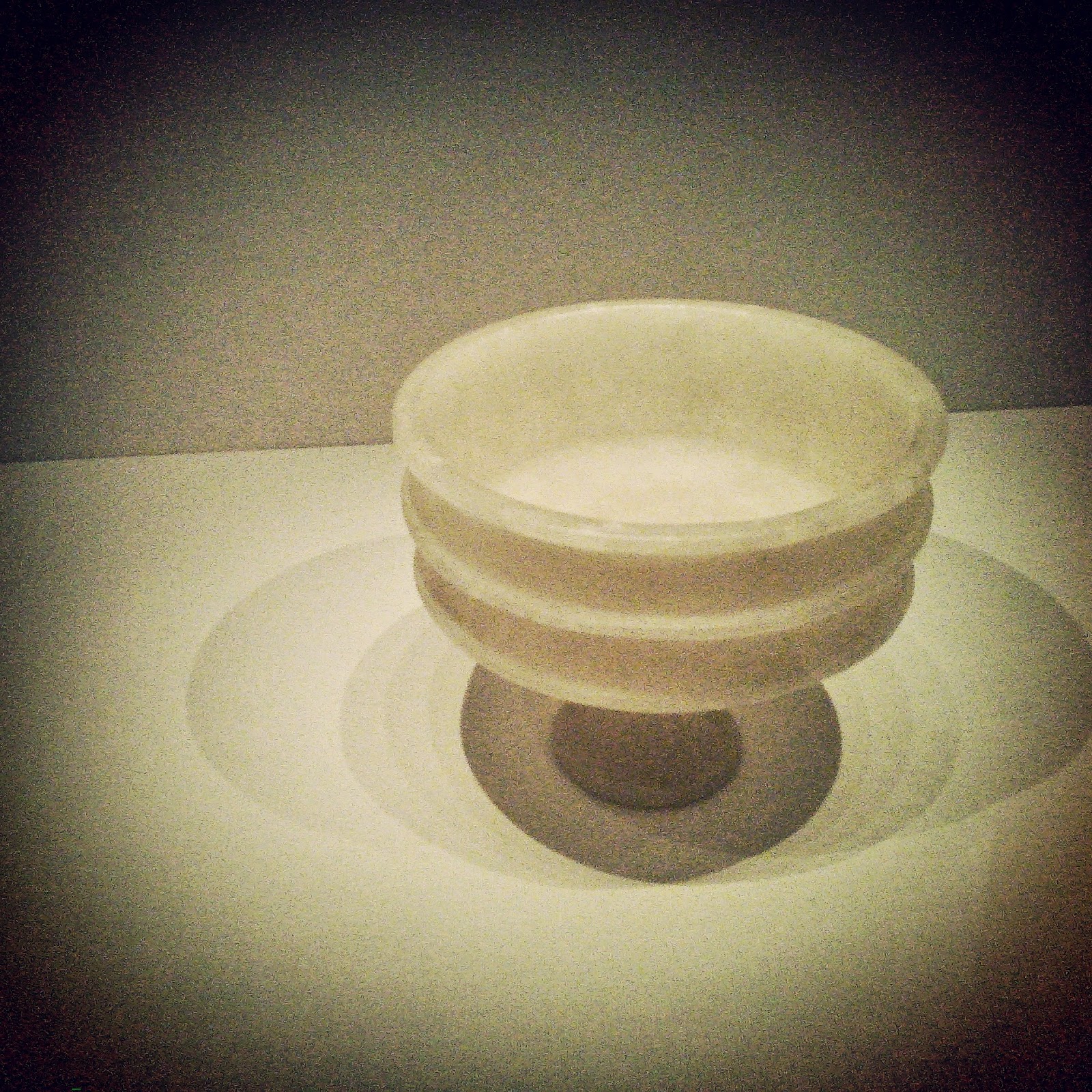 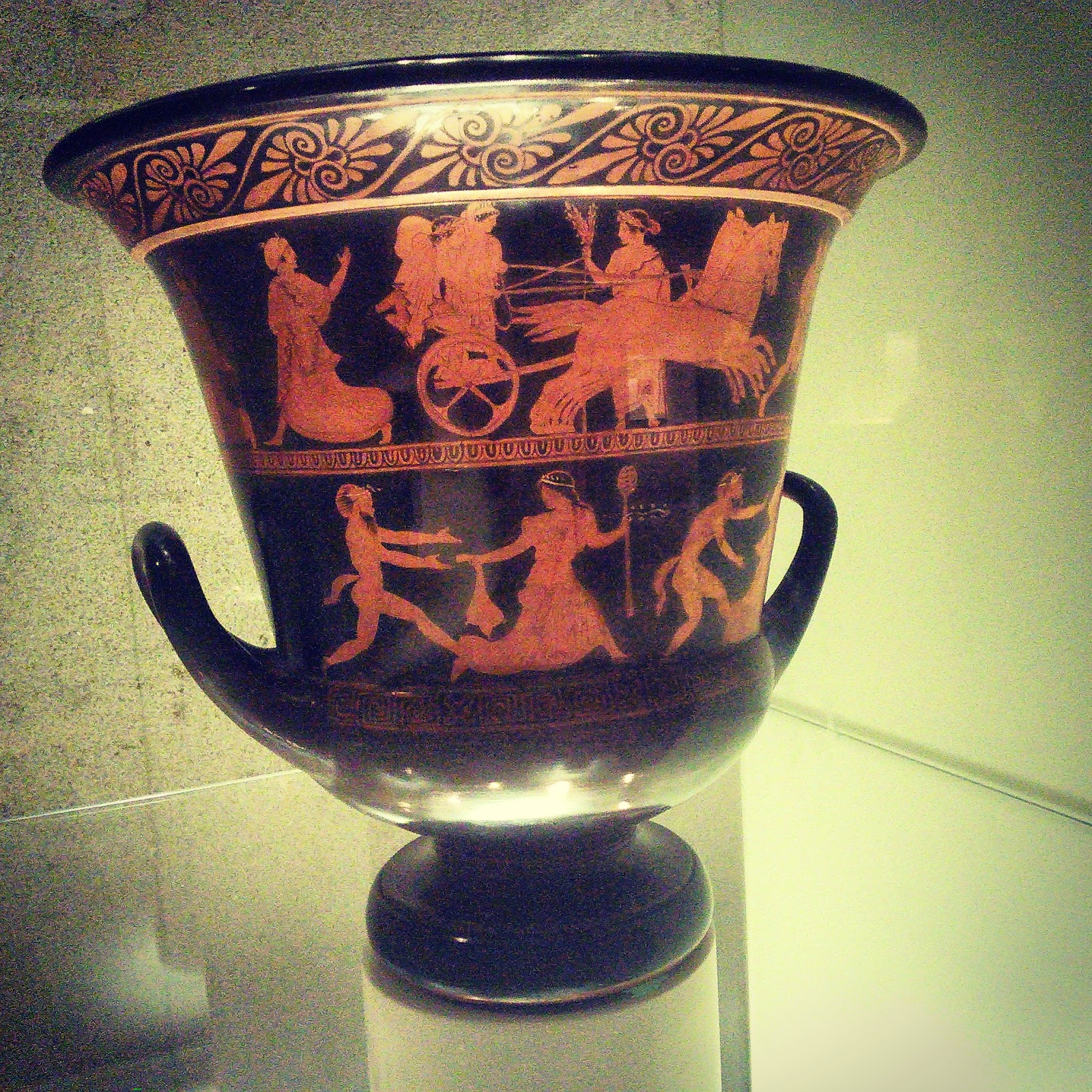 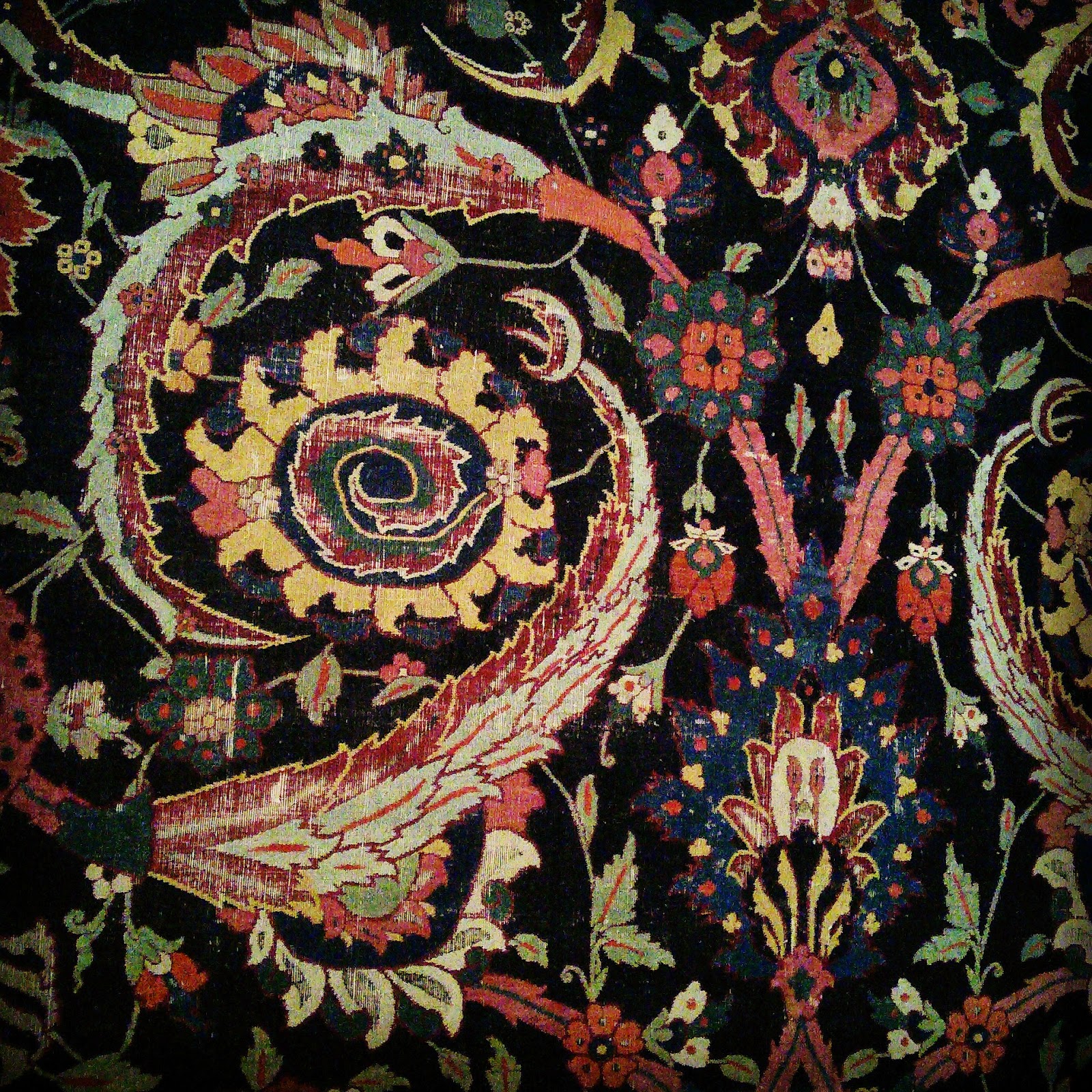 Portrait of an Old Man, by Rembrandt. 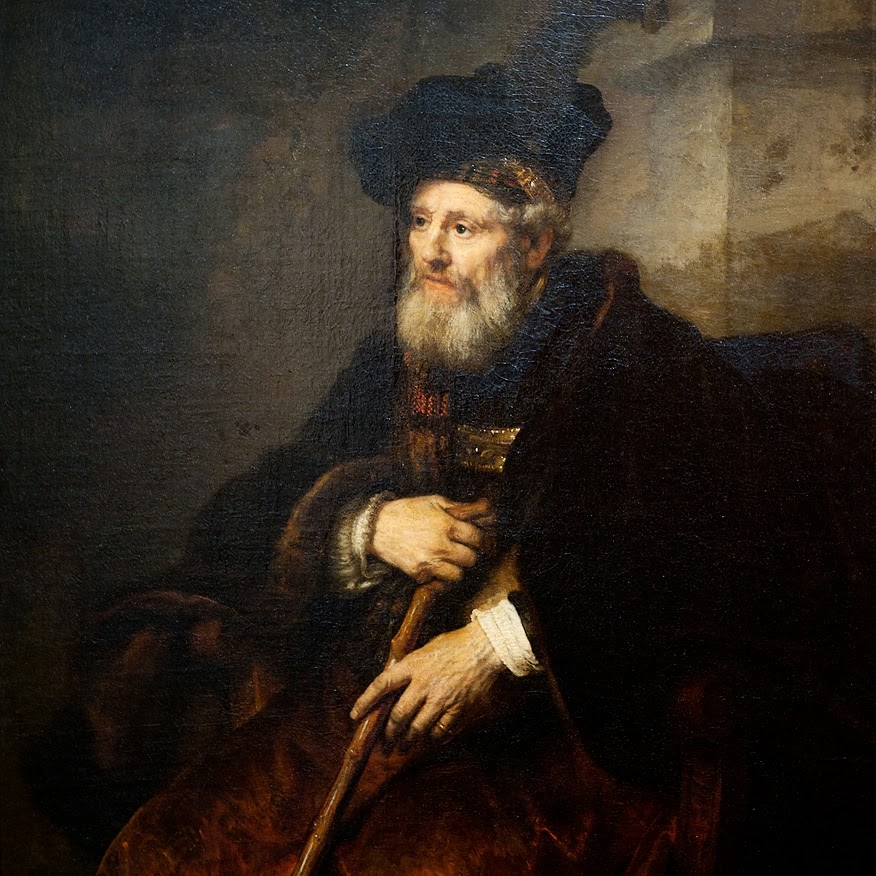 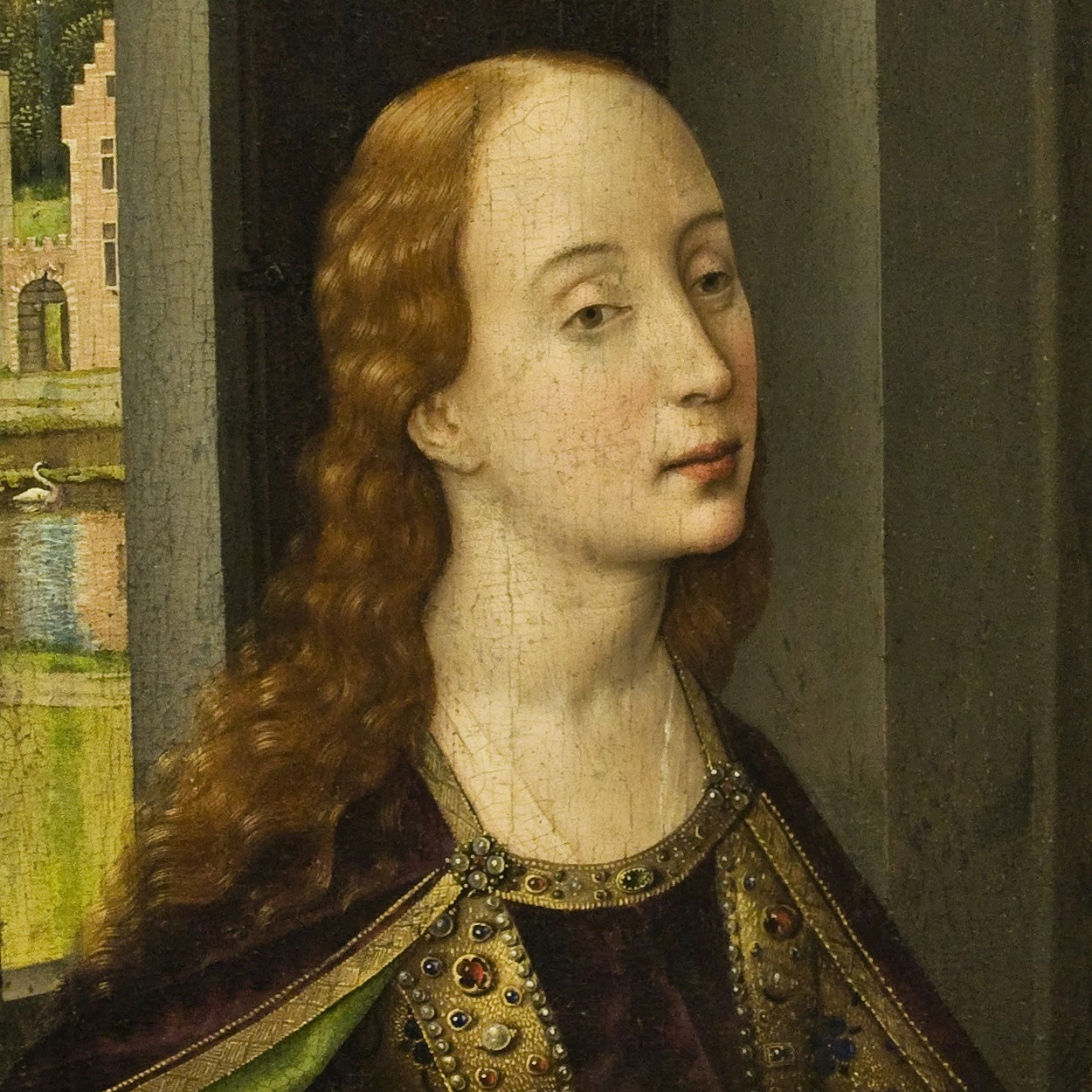 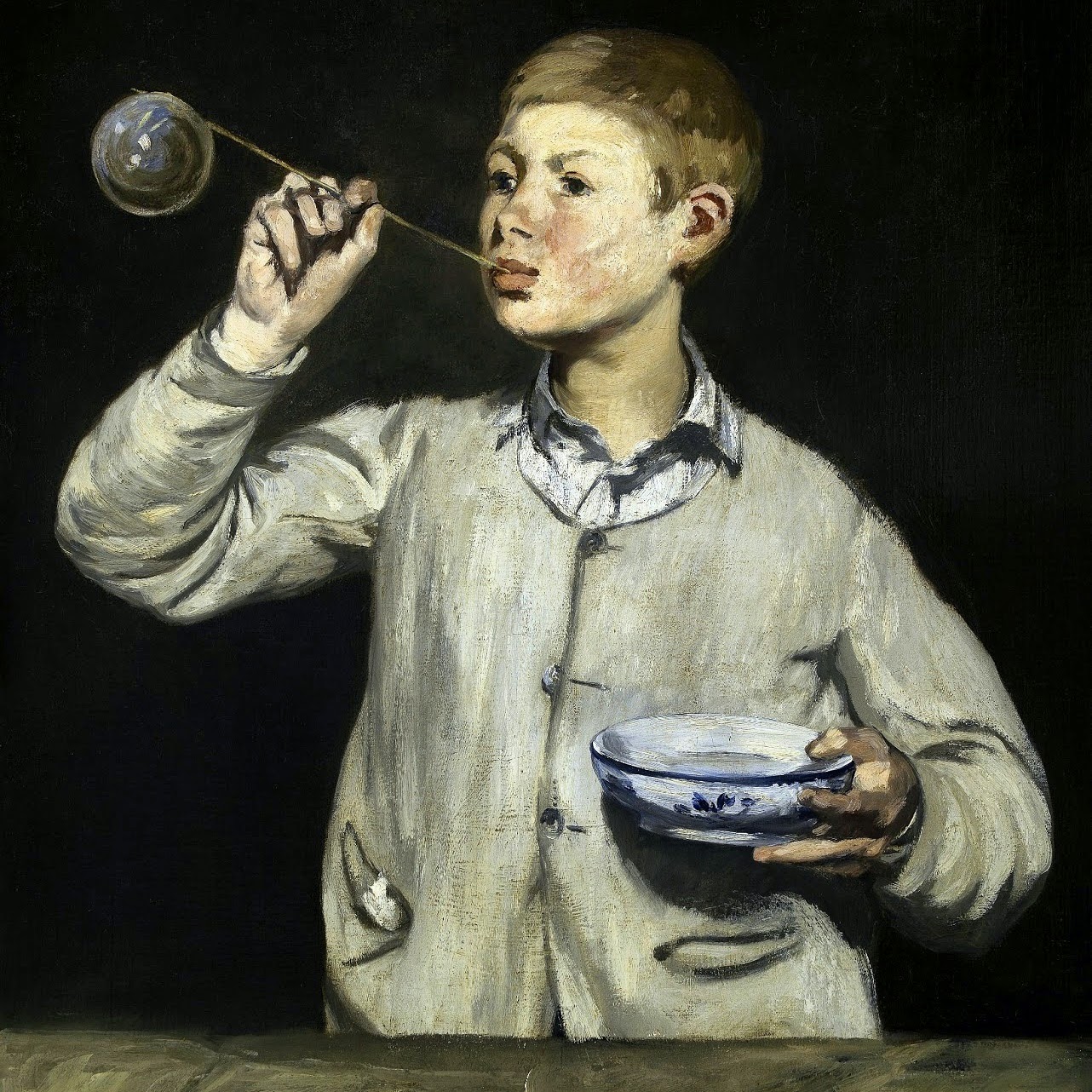 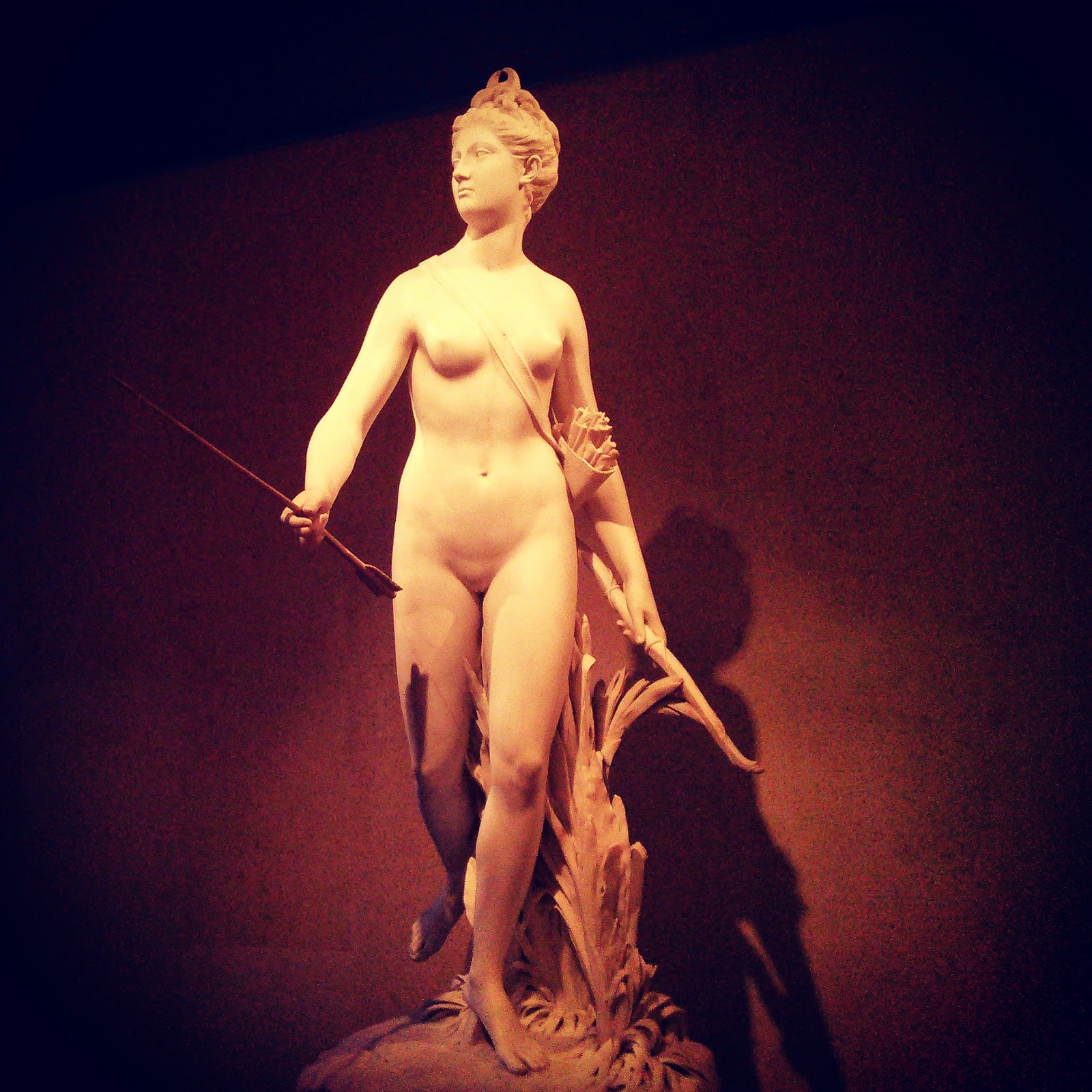 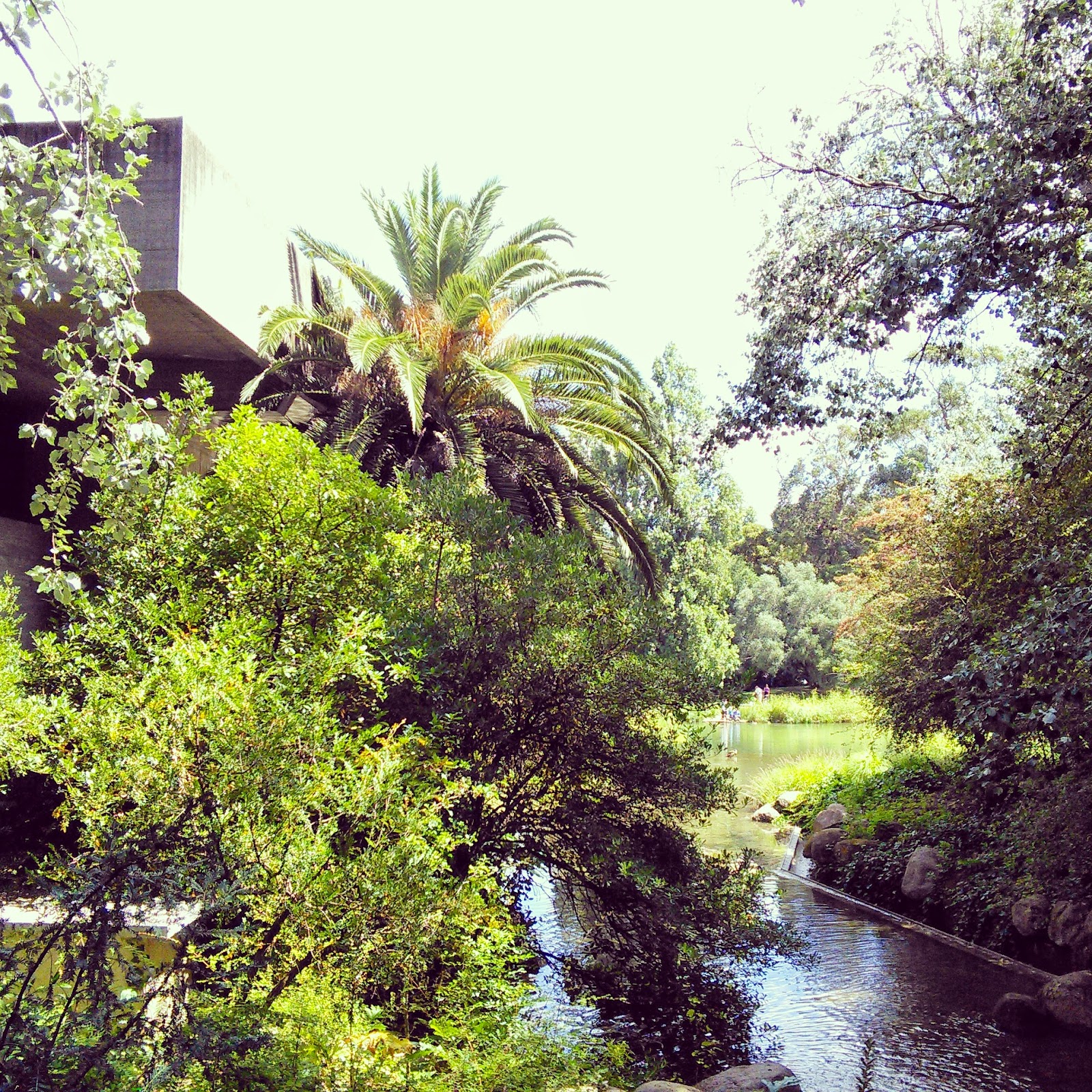 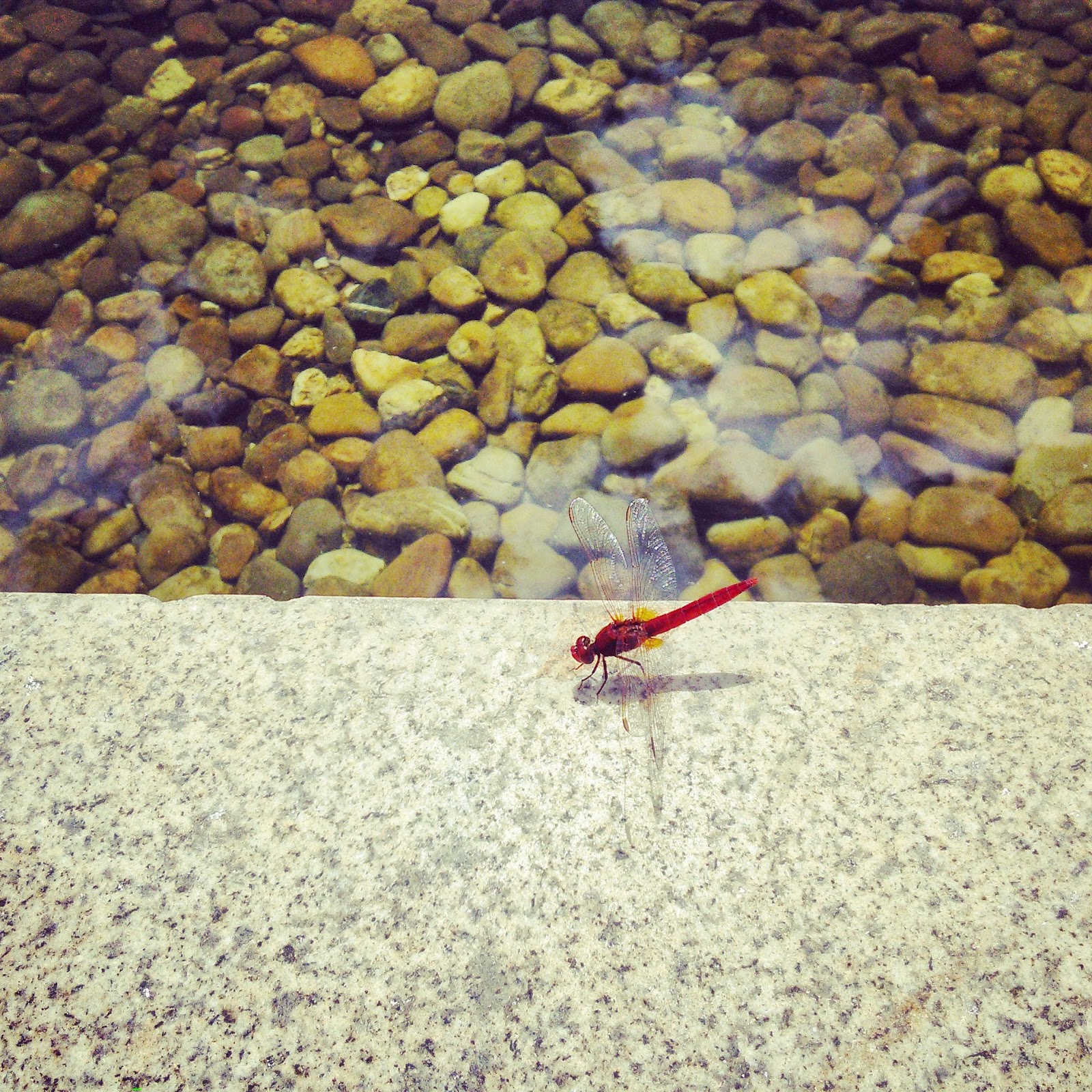 After the museum we wandered around the gardens of the Gulbenkian Foundation and watched some ducks. The gardens were full of little concrete paths that led in every direction. There were little streams and ponds, and I saw lots of people making out. I don't blame them! I found a little red dragonfly and got a picture of him just before he flitted away. 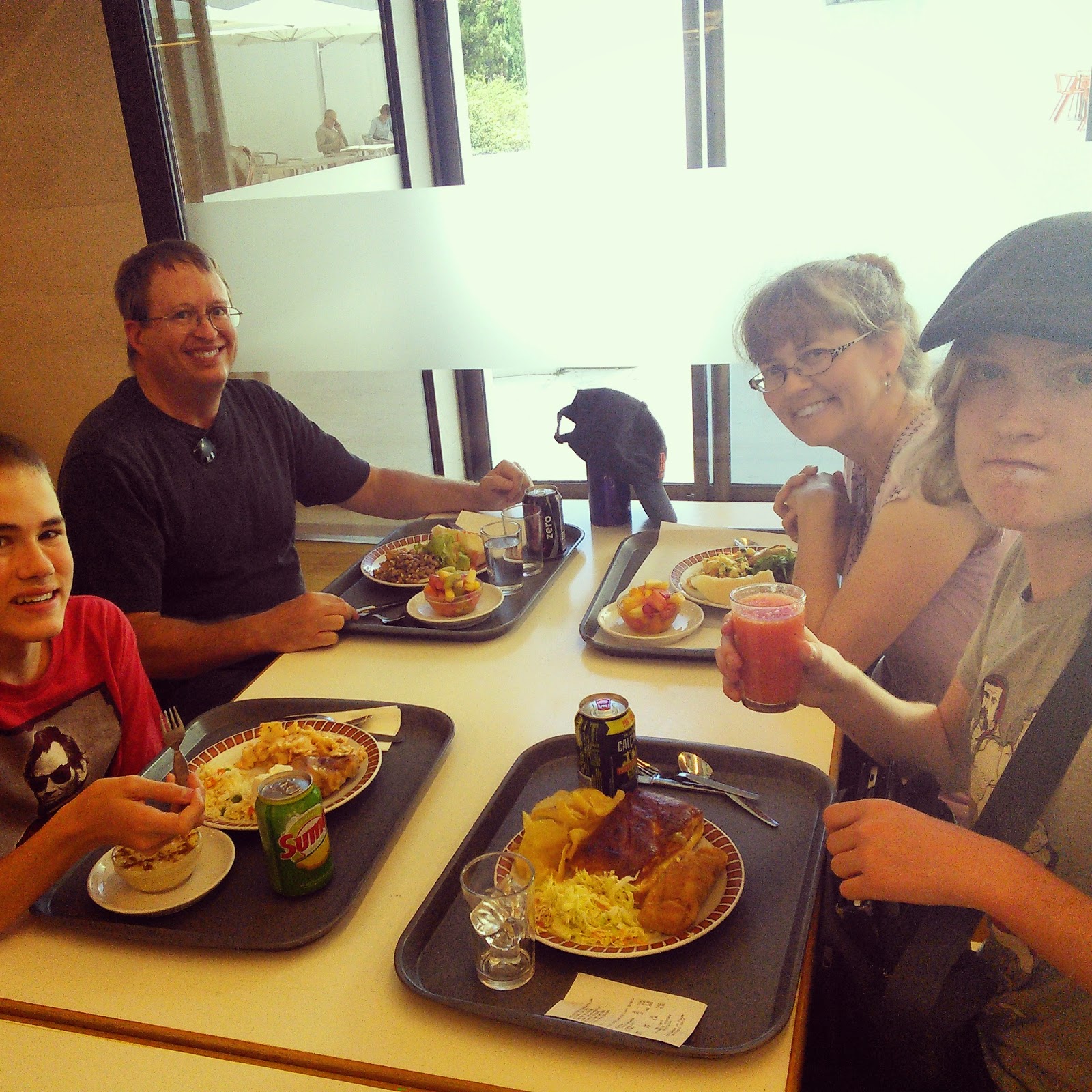 We had lunch at the cafe of the modern art museum. It was cafeteria style. Choose any four items, as long as you choose beans. That was the message I got. I pointed to three items, and then the guy just automatically gave me beans for my fourth. Luckily, the beans were the best of the four choices I made. Miles and I ordered dessert, which was a strawberry and creme pastry, and Valerie laughed because our conversation immediately died. We were too busy engulfing it. 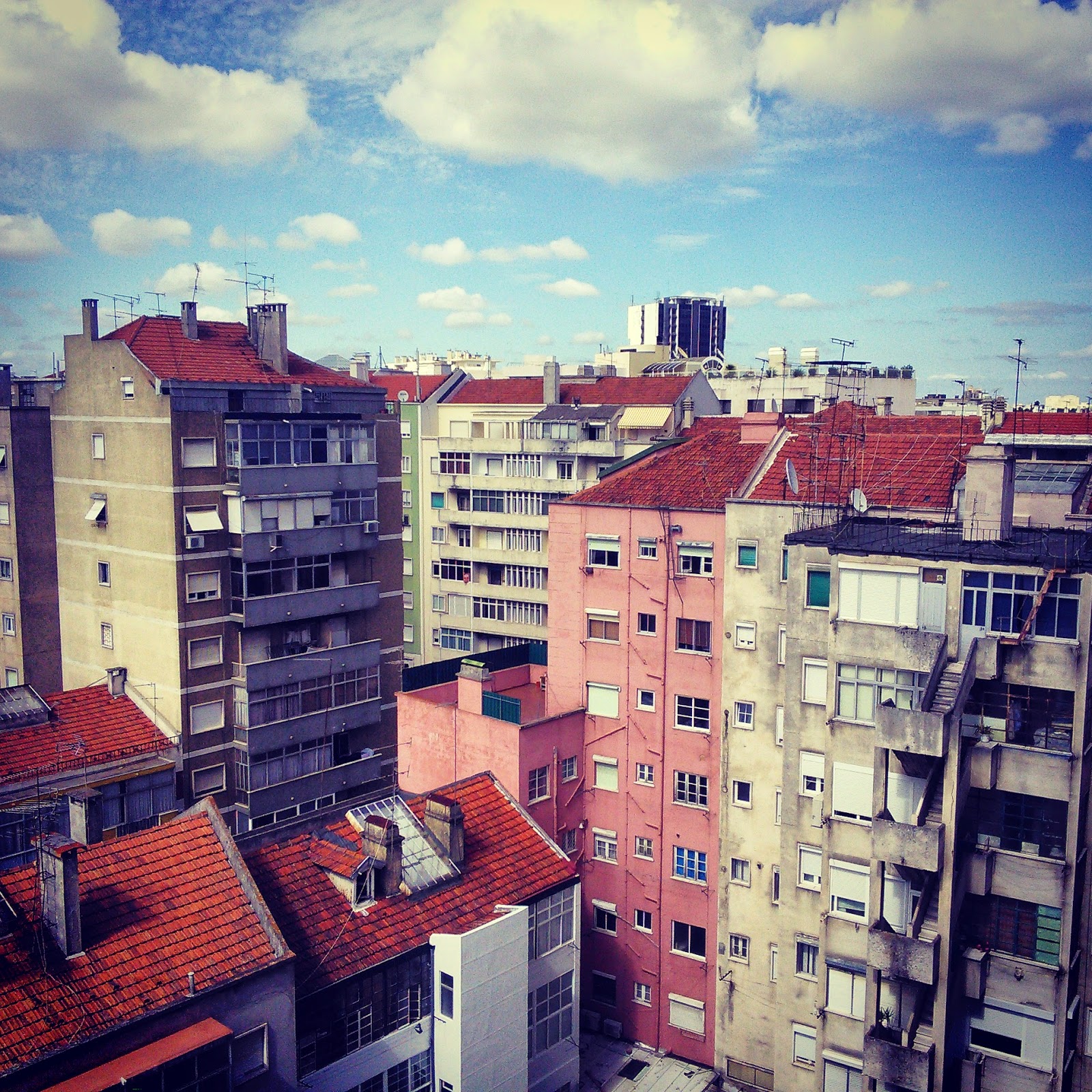 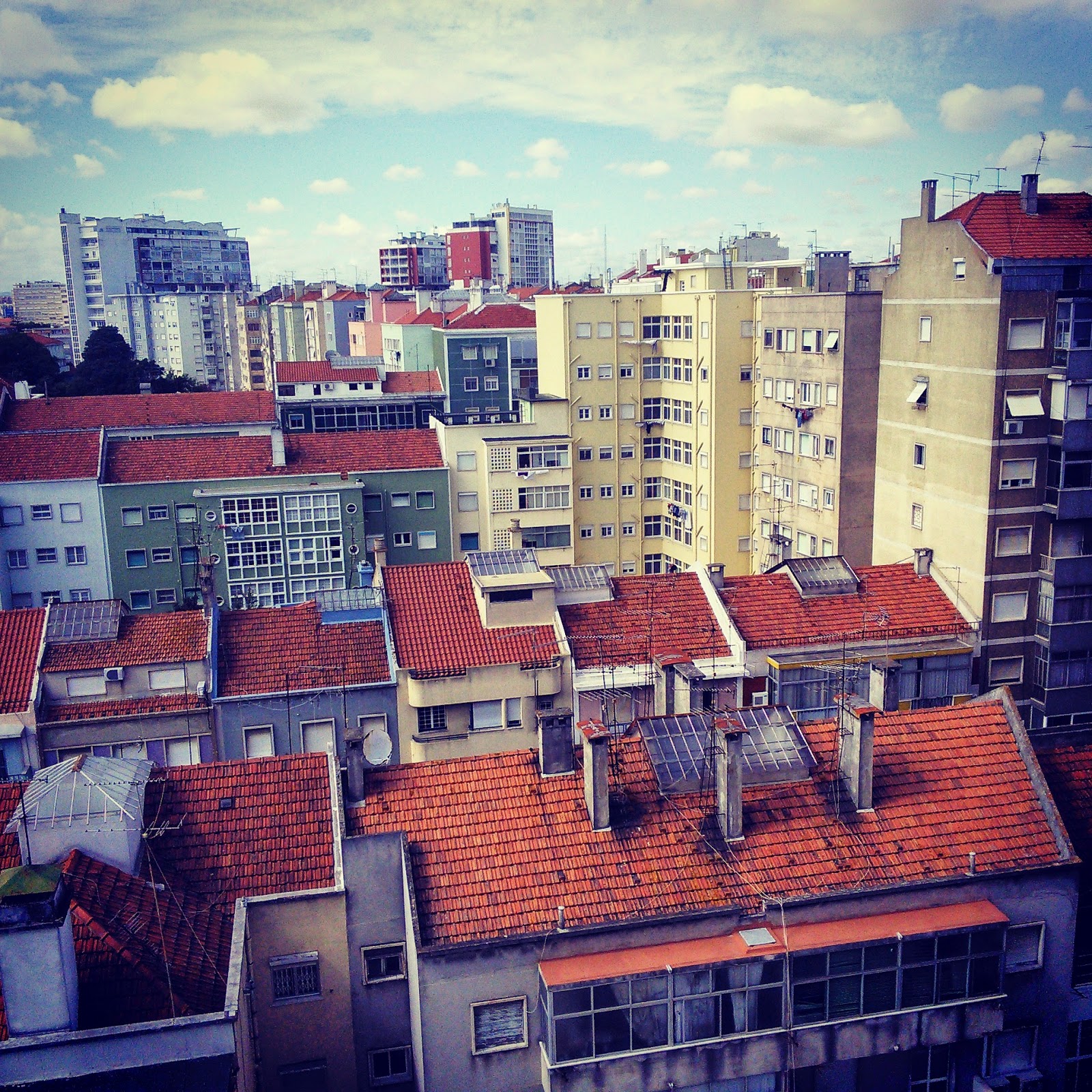 We decided to have a late night, so in preparation we came back to the hotel for an hour or two to take a siesta. Just what the doctor ordered! Miles and I read our books and then I made the discovery, after two days here, that our hotel room has air conditioning. So we fired that up and I had a nap. When I woke, I snapped a few photos out of our hotel window. The colors of Lisbon are terrific in the afternoon sun. 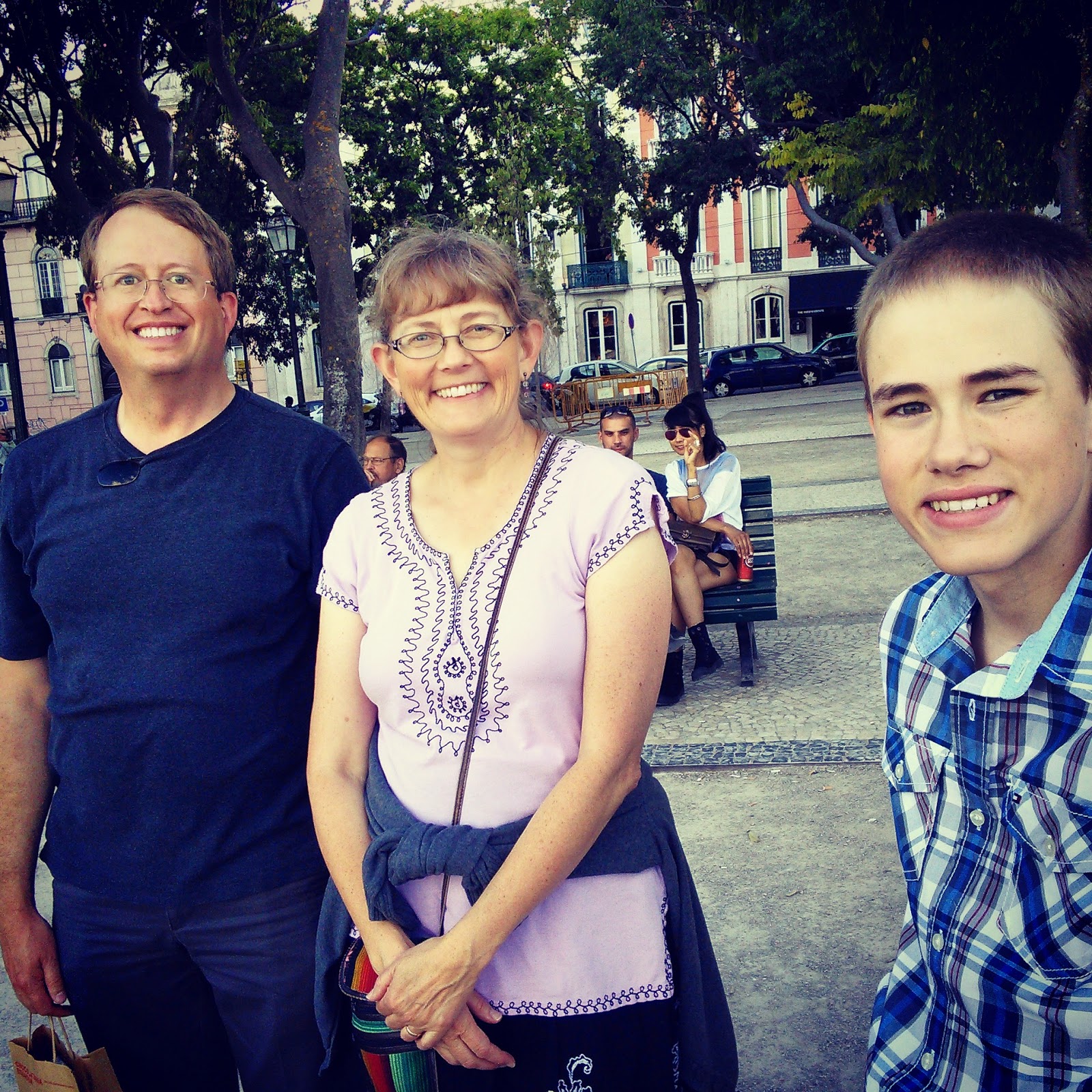 Earlier in the day I had asked Dale and Valerie if we could go to a Fado venue; I didn't know much about it except that Valerie had mentioned it briefly, and I'd read a bit about it in my travel book. Fado ("fate") is Lisbon's own music: a tradition going back over 150 years. Apparently you can go to see Fado shows with live music and food; I really wanted to go. And I discovered that Dale and Valerie had never been; I think they were as curious to go as I was. Our hotel concierge made the reservation for us for 8 pm. 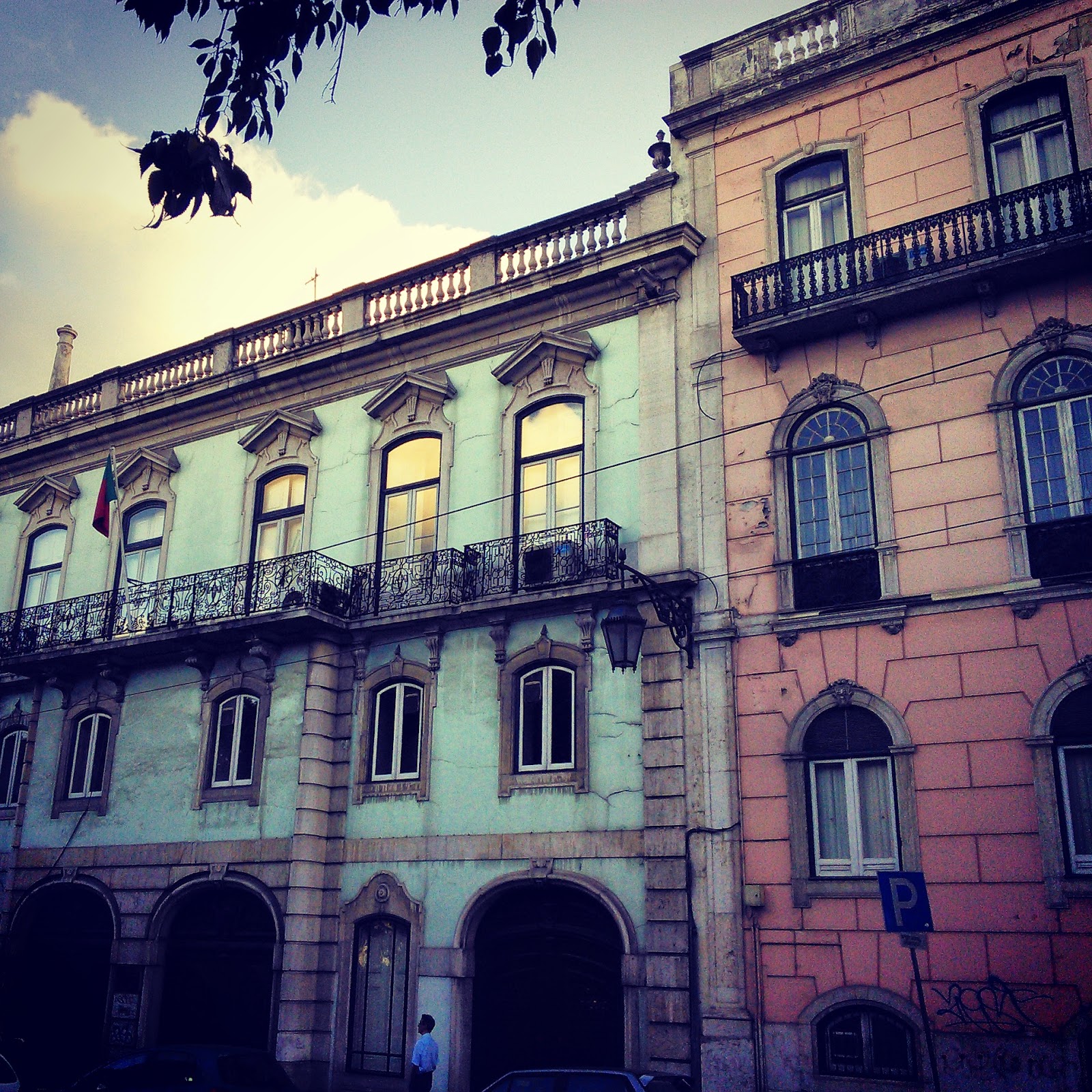 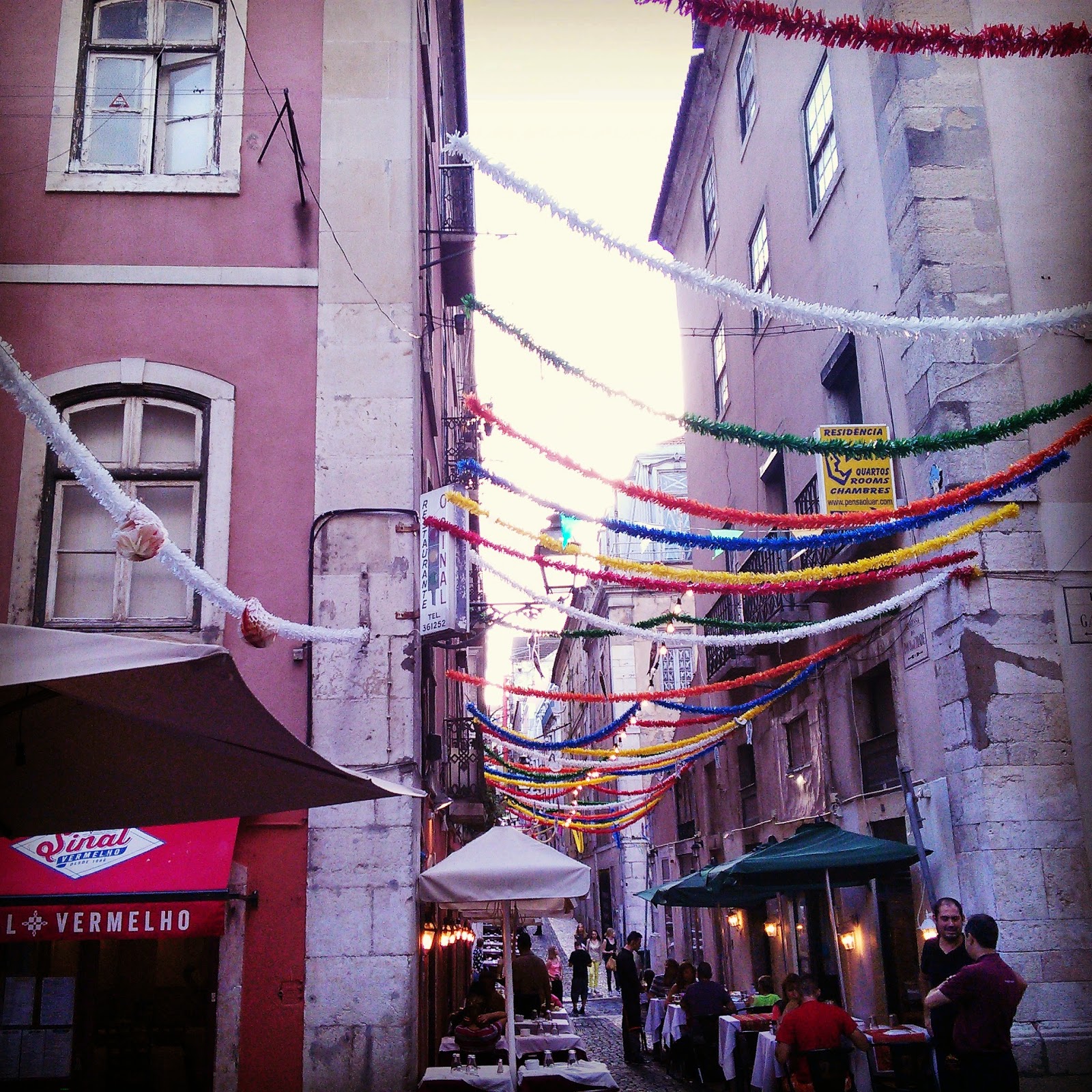 Having some time before the Fado, we walked around an area of town called Chiado. It's a hilly region of the city full of history and, it appeared, nightlife. There were street fairs, chocolate shops, teeming cafes, theatres, and windy little streets. There was a beautiful place to look out and see the city in the sunset. A little funicular shuttled people up and down the hill. Dale and Valerie showed us the Convento do Carmo, which is the ruin of the 14th century church left just as it was after the 1755 earthquake. Hundreds of people died when its roof caved in. I read today that 60,000 people in Lisbon died in the 1755 earthquake (or in the resulting fires and tsunamis.) How did I not know about any of this? 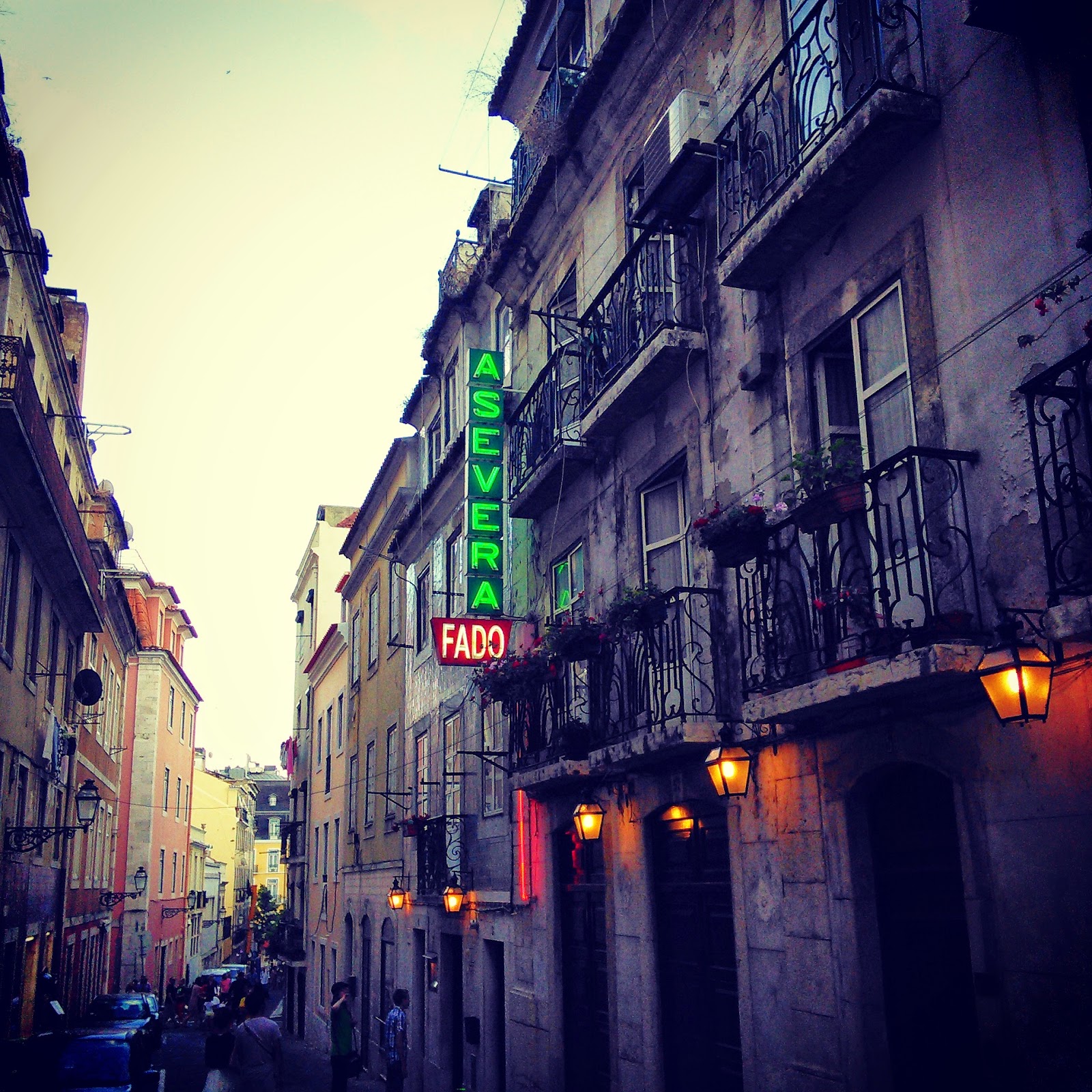 The streets were busy with people coming and going; it was Saturday night. People had plans. We certainly had ours. We found the Fado A Severa and settled in for a nice meal. The place was lit with candles, and the linens were white and pressed. Waiters were attentive and pleasant. We had a great conversation until the lights dimmed and the musicians arrived. 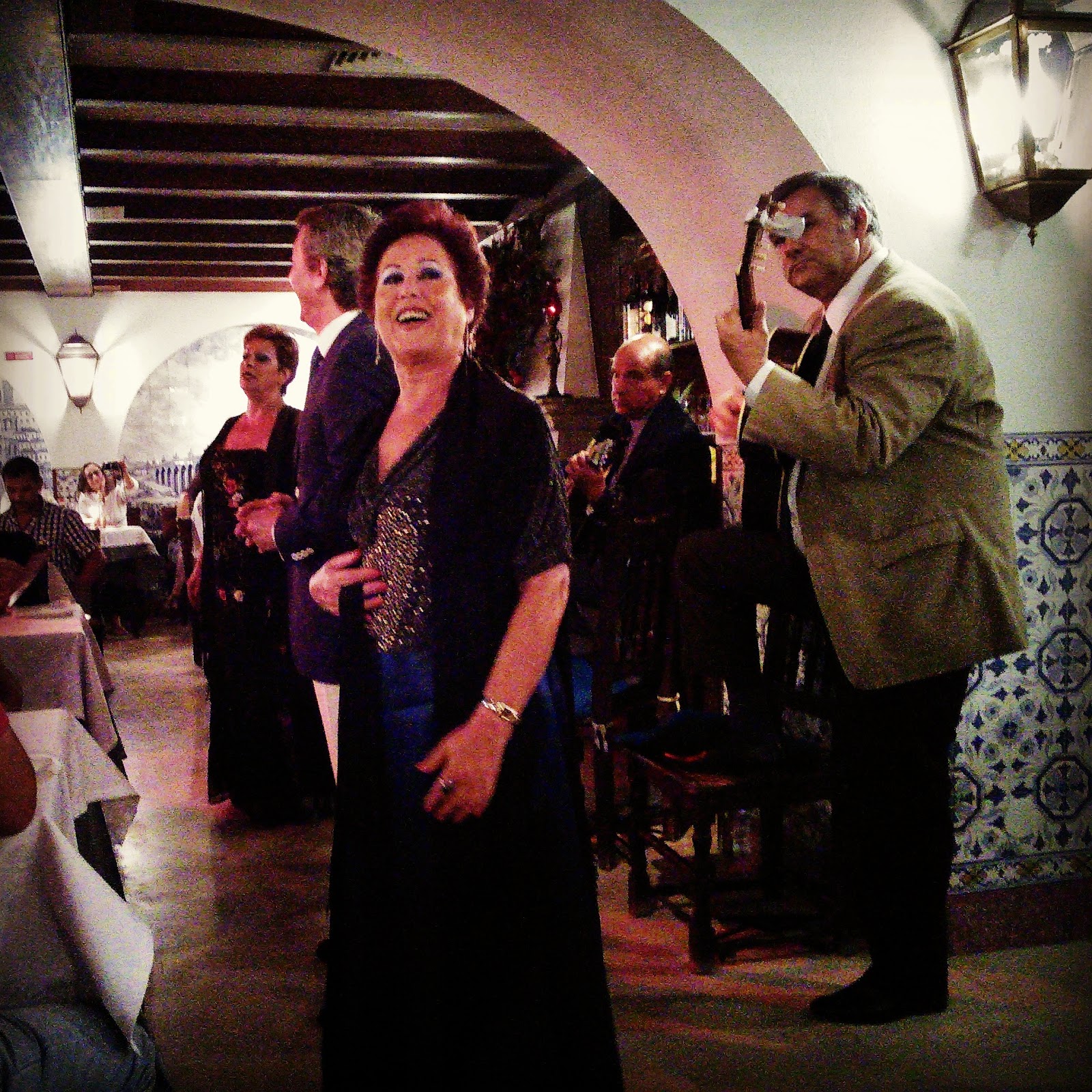 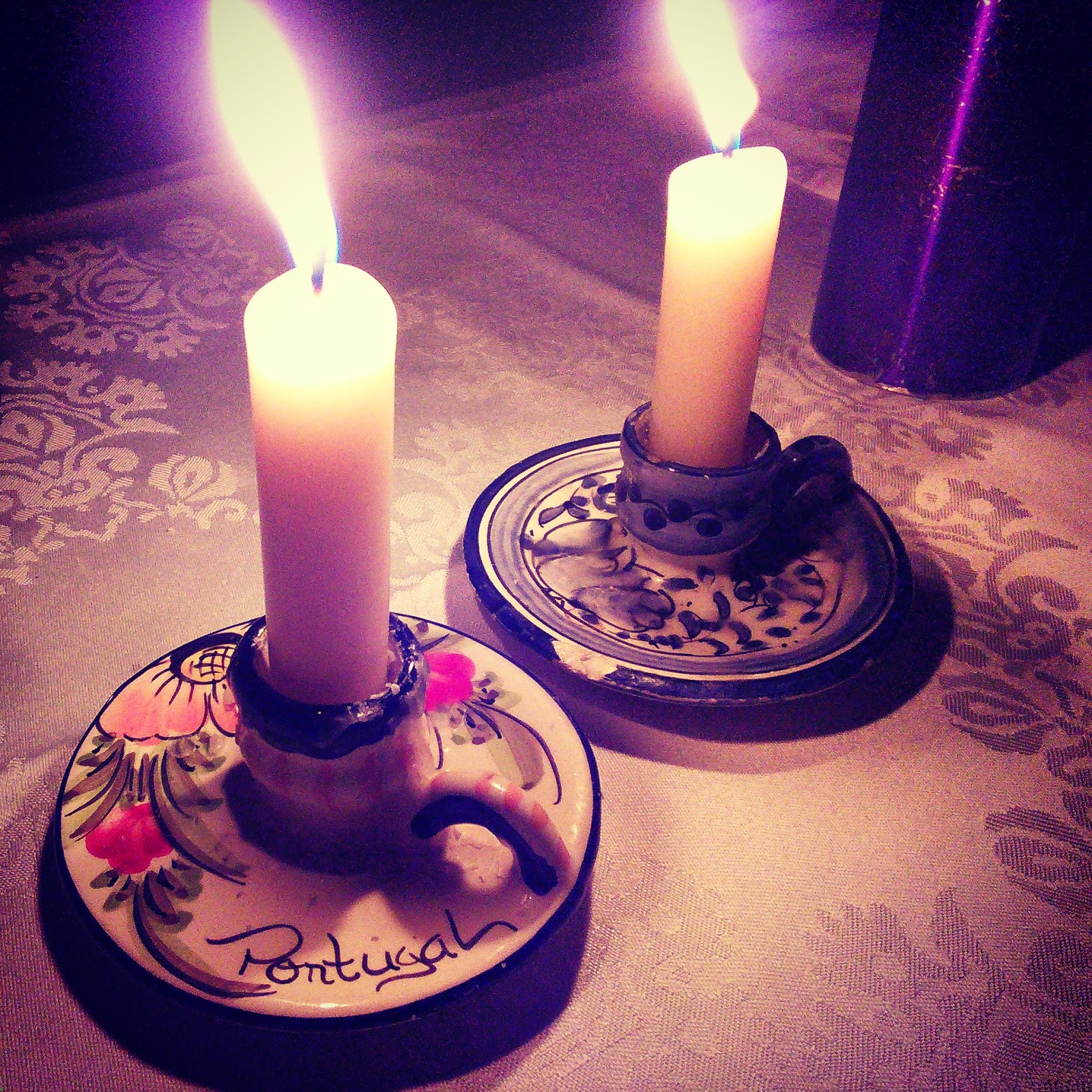 Initially it was two guitar players. Then they were joined by a woman named Alzira. She was peppy and fun. I was expected Fado music to be sad, but just about every song had a little spring to it. The whole thing felt jaunty. Dale assured me that the lyrics to the songs were sufficiently depressing (I've lost my love, I have only memories, I long for a hug, etc) but you would never know it from the bouncy little tunes. Following Alzira was a little break, after which the lights dimmed and out came Fernando, who bellowed his songs with confidence and a particularly nasal timbre. He might have been my favorite. You could hear that guy singing from blocks away. Then another break, followed by Lina. I get the feeling that Lina is the diva of the Fado Foursome: she was always making people hold her fringy wrap and I saw her give a few noisy diners the stink eye. Her voice was deeper and a little more somber than Alzira's. At one point she made kissing noises and encouraged us to join her in that. Then the two guitarists had a turn on their own. Their first song was oddly familiar, and then it dawned on us: it was the melody of the primary song "My Heavenly Father Loves Me." Was that tune Portuguese all along? Finally Natalino sang his numbers and encouraged us to sing along as well. All four finished the set with a quartet of Fado; the little dining room swelled with emotion and heart. Mine included.
Posted by topher clark at 11:30 PM