I capture the castle 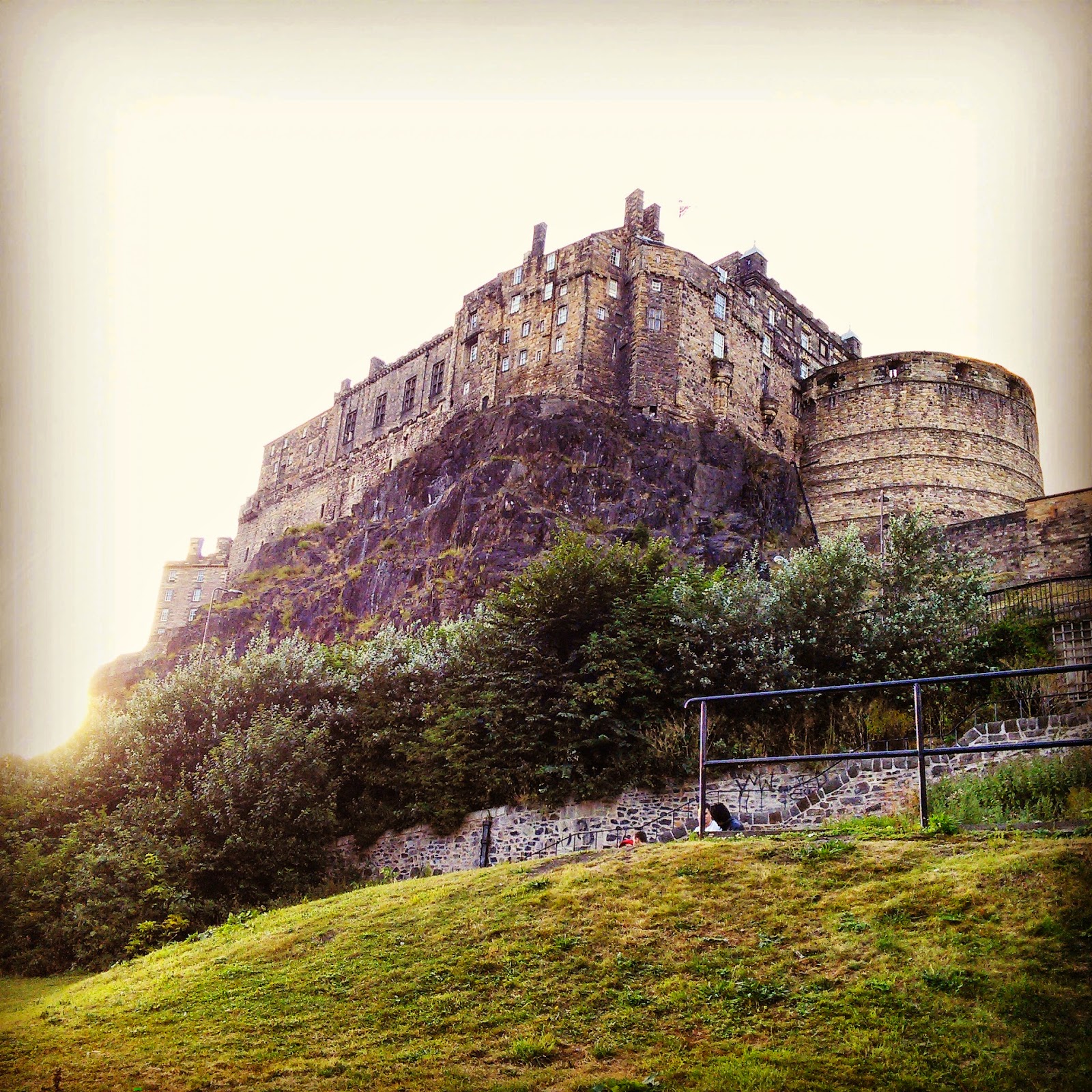 We made it to Edinburgh, all nineteen of us. With luggage. How is still a mystery, but I trust the forces of the universe and keep reminding myself of that old primary adage: I can do hard things. 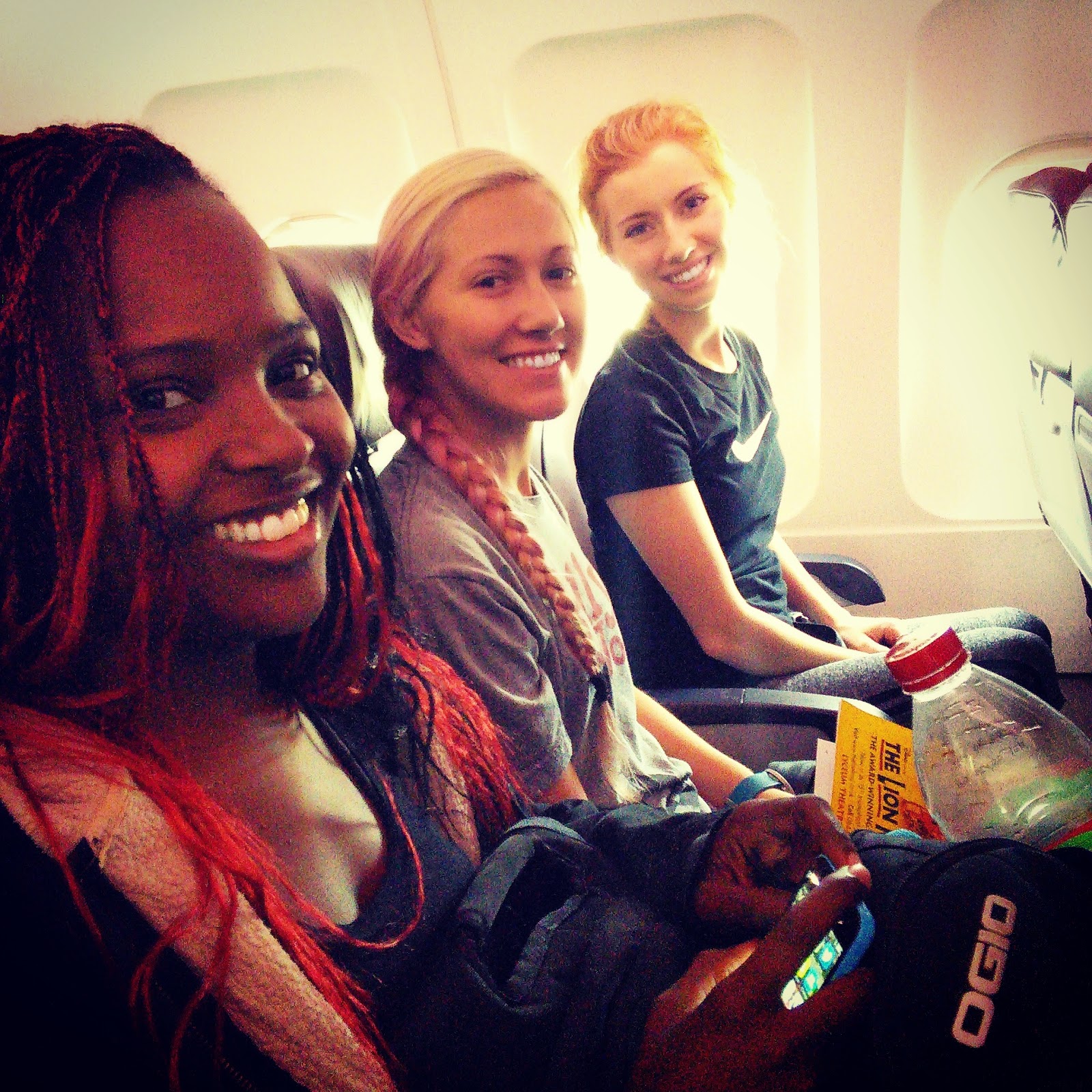 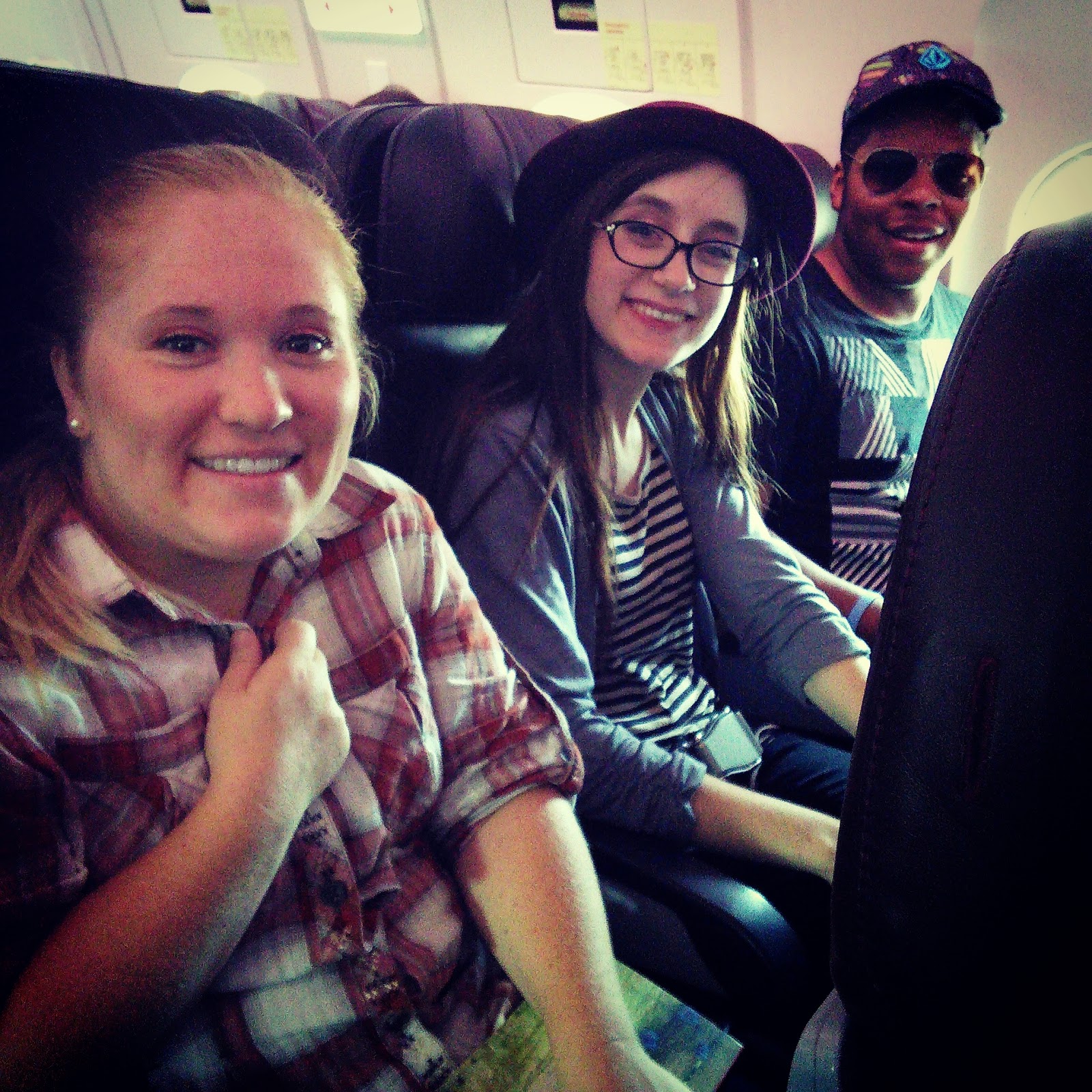 Granted, I should give credit to my students, who travel smart and fairly light and keep their heads about them. And I should give some credit to Virgin Atlantic, who gave us the comfiest seats with special little head flap that help you sleep. The flight was painless; up and down. And then we took edinburgh's fancy new tram into town - alighting just a half block from where we're staying. It's only taken them about twelve years to finish this tram thing - I don't even recognize the city without all of the blockades and the jackhammers of construction. It feels modern and streamlined. 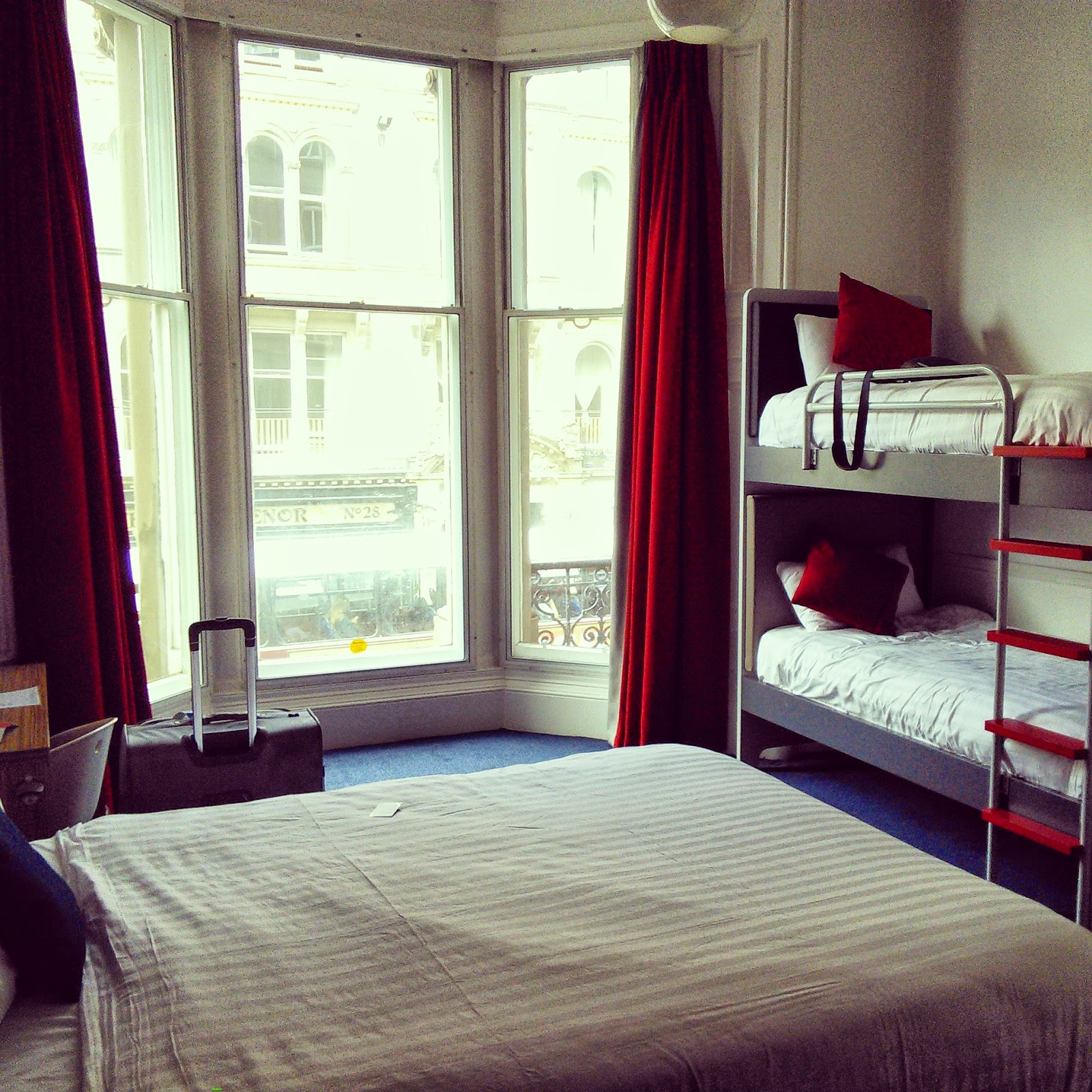 Once we arrived Joseph, Miles and I had a baguette at a shop across the road called, most appropriately, baguette express. From there you can look directly into our hotel room. We're at cityroomz again - I booked a family style room for myself and the two boys and it's pretty fancy! I think our ceiling must be fifteen feet, and twelve of that is windows onto Shandwick place. We lucked out. 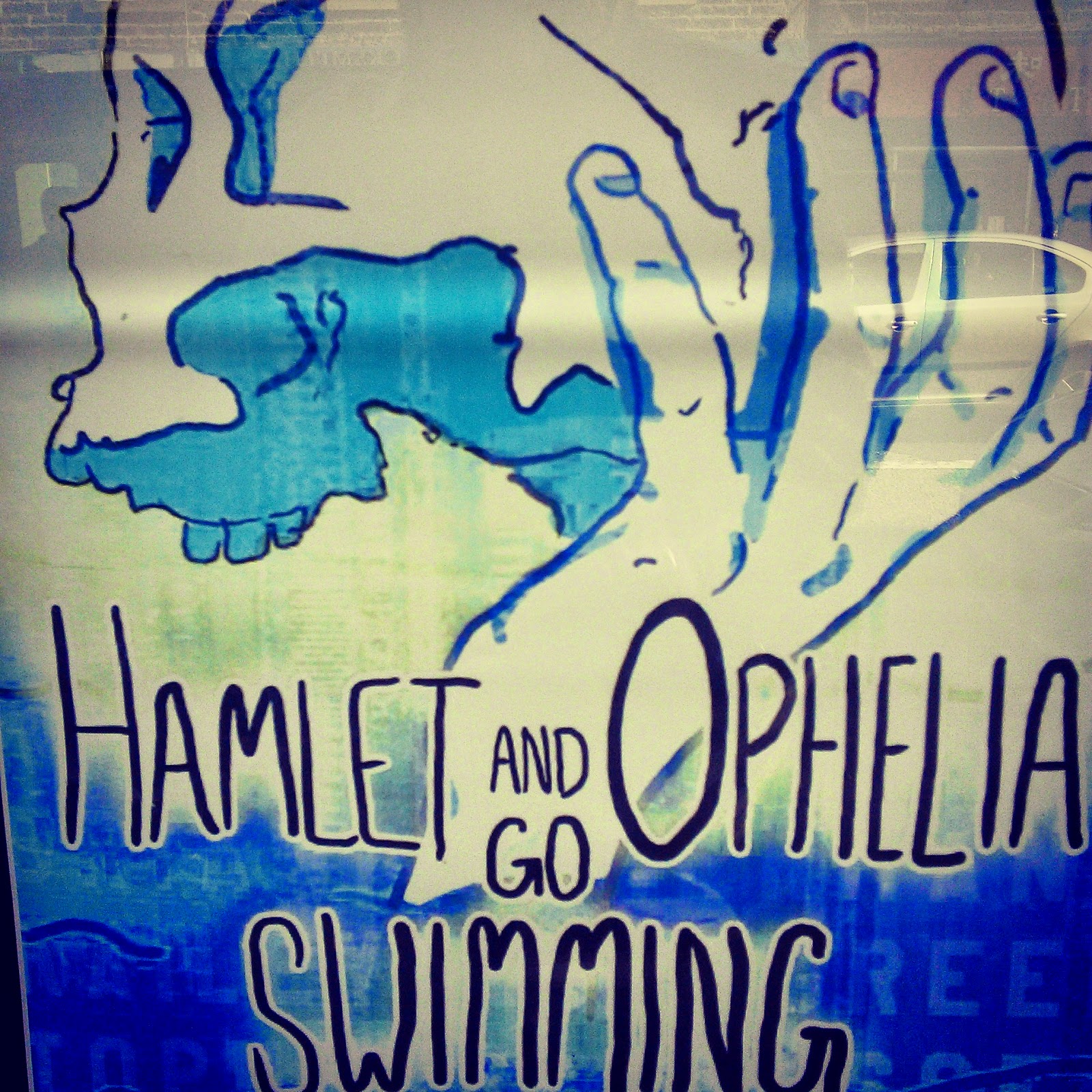 I accompanied the cast to Gryphon venues for their technical rehearsal. This year's show is called Hamlet and Ophelia Go Swimming; it was written and conceived by the cast and director, Topher Rasmussen. It's really a cool show - the premise is basically the demise of a relationship, as scene through the filter of Hamlet and Ophelia. And they sing the most beautiful songs with gorgeous harmonies, foot stamps, and snapping. It's been fun to watch their progression and I'm excited to see their public performances at the Fringe this week.

Alex, Kacey, Chantel and I paid a quick visit to Nando's, as you do (pebble ice.) 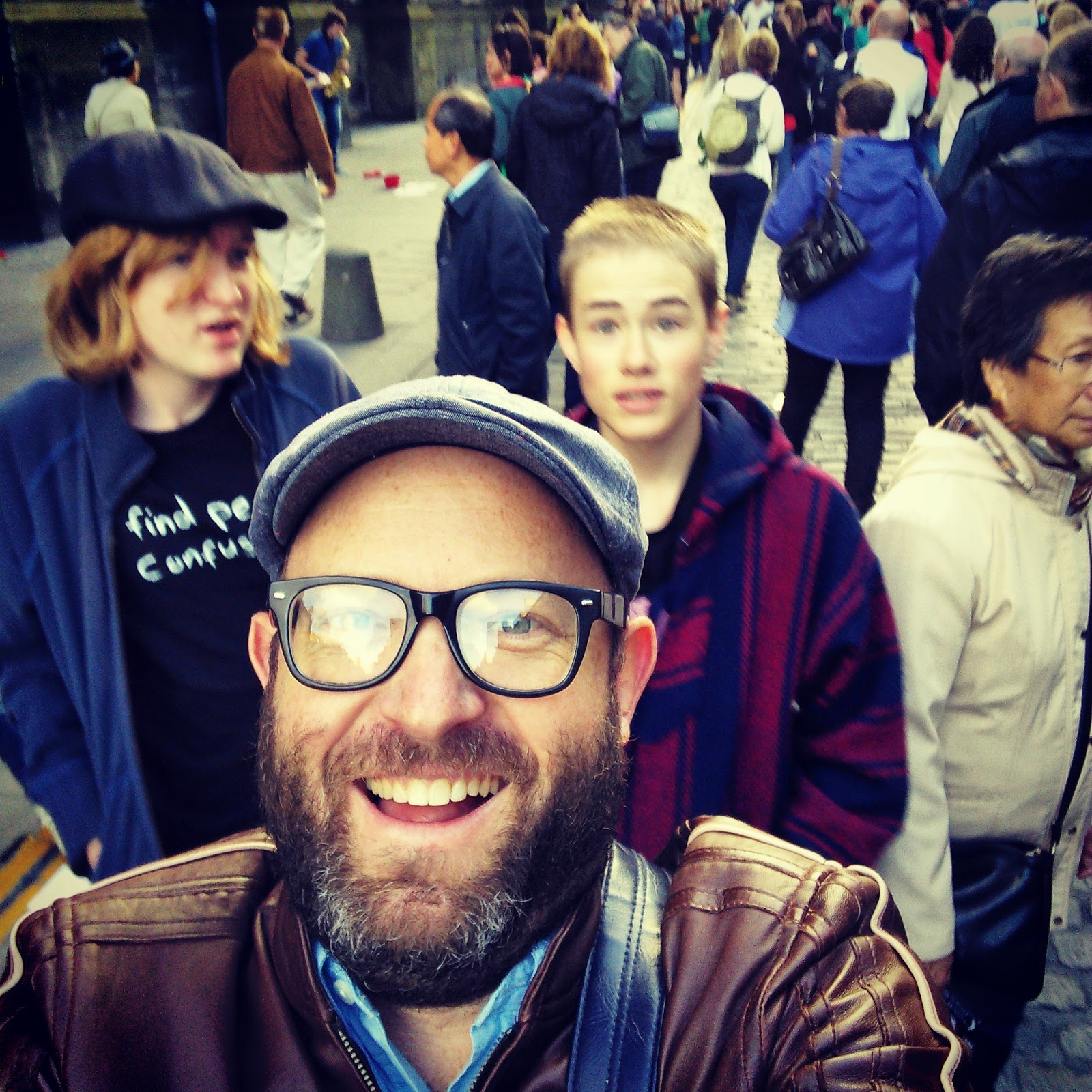 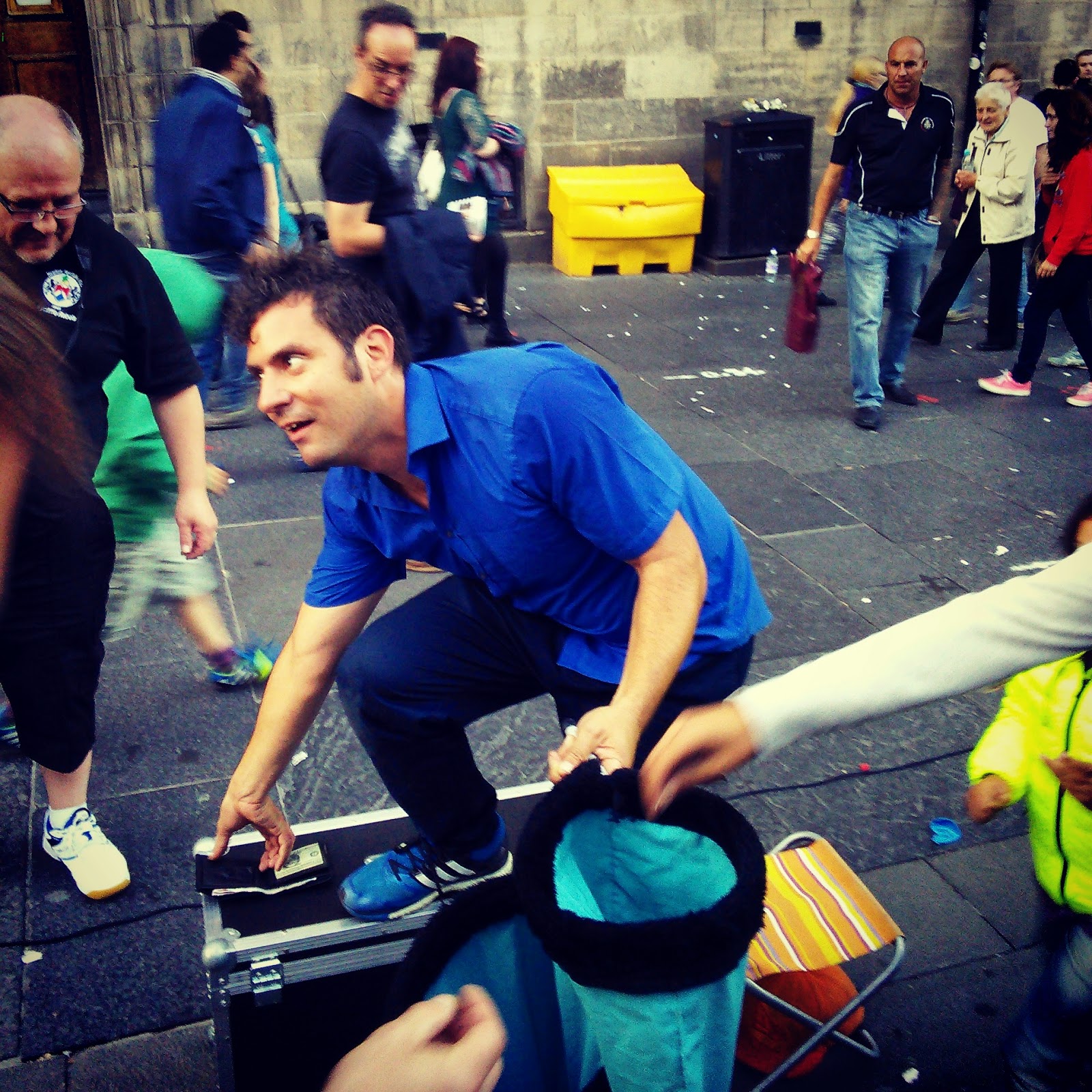 Then Miles, Joseph and I took a long walk up on the Royal Mile. The streets were teeming with folks gathering for the Military Tattoo. We wound our way through the throngs and found refuge in some kilt shops. Is this the year I finally buy a kilt? I need to find the Clark Tartan and then I'll consider it. I would appreciate your input. The crowds thinned further down the line and we stopped to watch all kinds of performers; raggedy musicians, jugglers, unicycles, girl groups singing "Crazy in Love," and the ubiquitous bagpipes. Finally we stopped to watch a guy decked out in a blue tuxedo. Nobody was really watching him. But as time went by a crowd amassed; and justifiably so. I've never been more entertained or fascinated by a street performer. Performing in mostly silence, with only random silly samples of music from his ipod, he clowned and mimicked and mimed in the most specific, hilarious ways. He followed people on the streets, he gave balloons to babies and then stole their food, he romanced women, and juggled a series of hats on his head. I don't know who he is, but he's a genius. We watched him for almost an hour and laughed constantly. 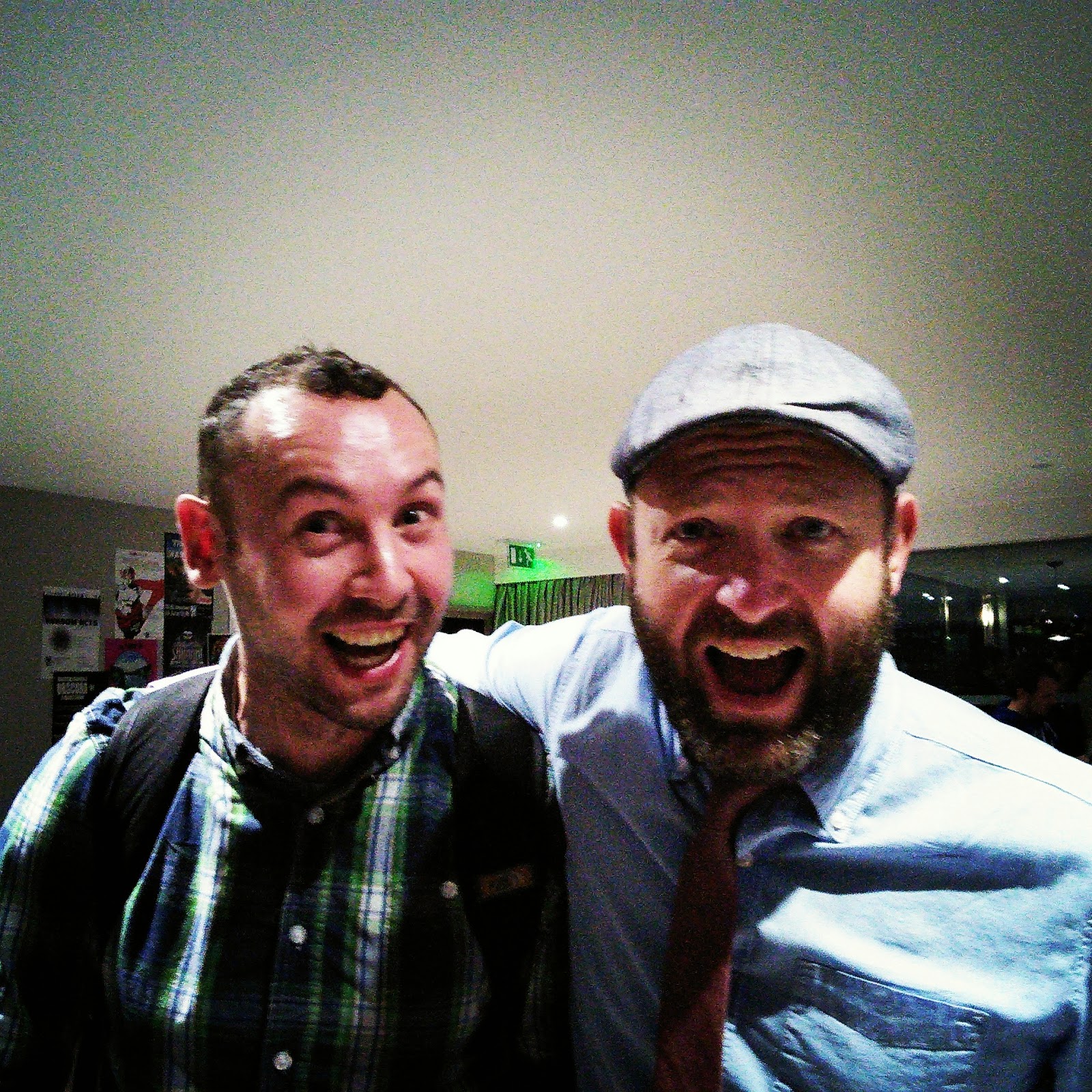 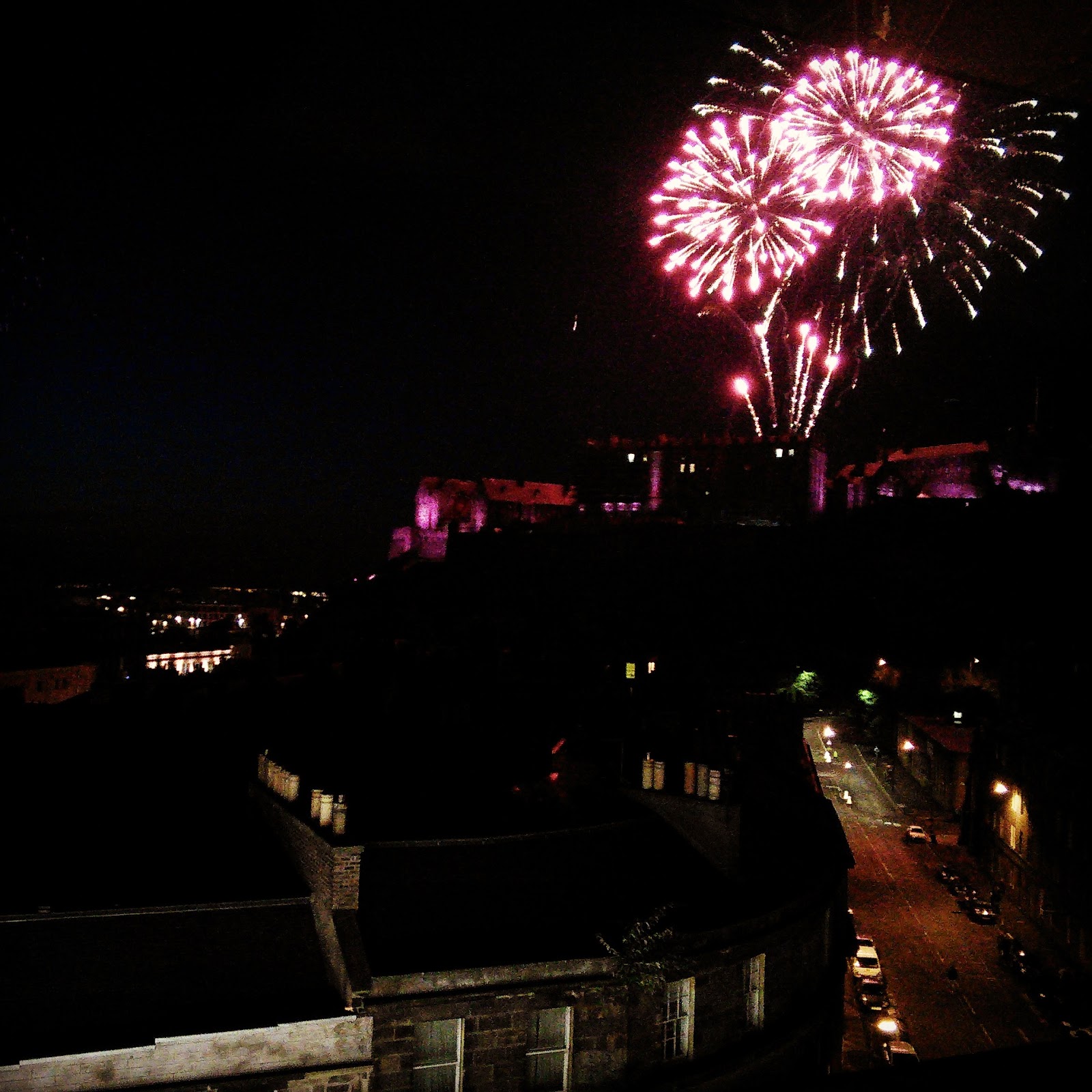 This evening we attended the opening party for Gryphon venues; it's a party for all of the shows performing in the venue this year. They held it at the top floor of the DoubleTree with the most stunning view of Edinburgh Castle. I had a great chat with my old friend, Kekoa - it's become our yearly hangout. And it was a lot of fun to meet actors, comics, and dancers from all over the world and connect to them as friends and artists. And even more fun when the fireworks started to explode over the castle. Beautiful night. Excited to be back at the festival! 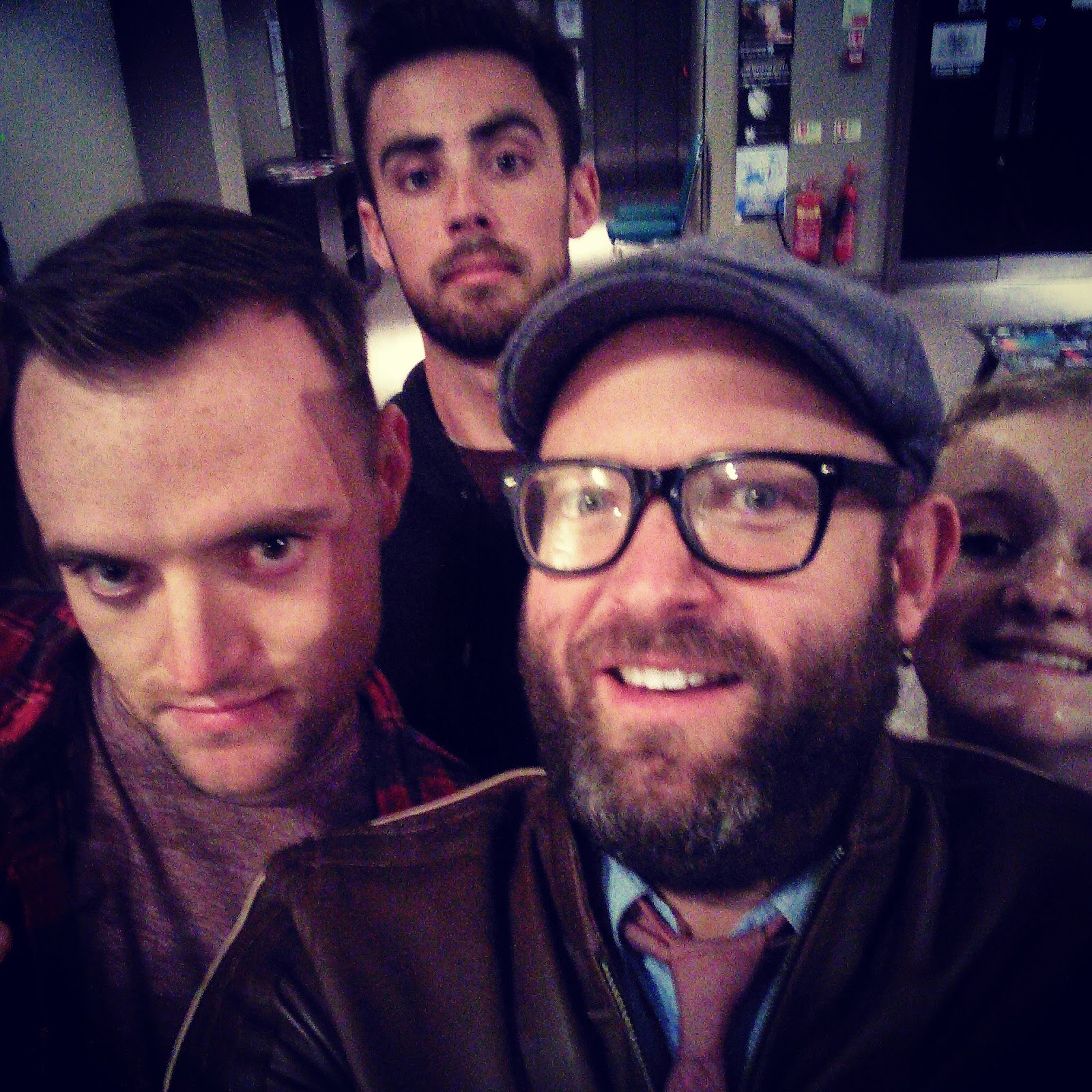