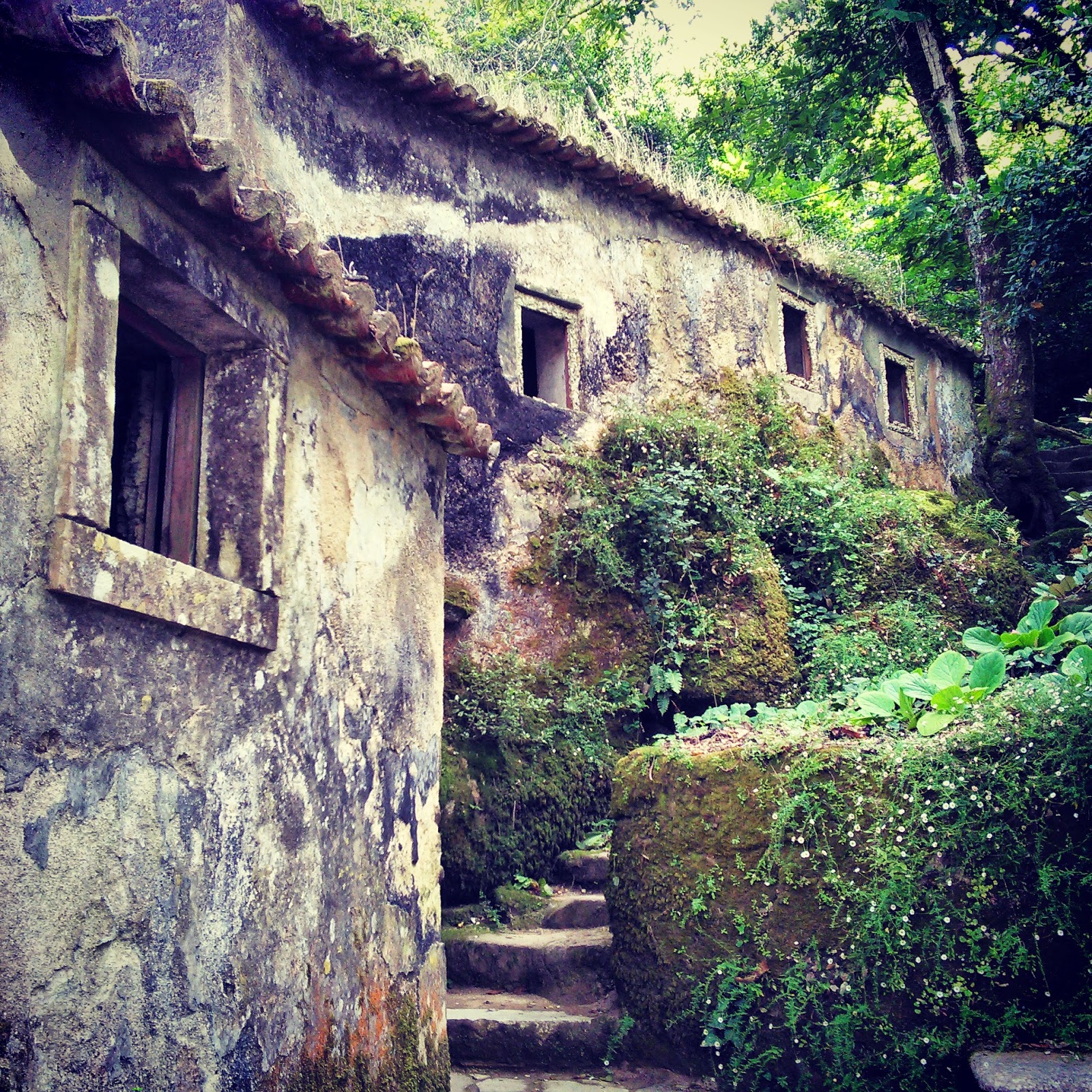 We had one of those early mornings where you sleep for two or three hours, then catch a cab in the middle of the night, wade through the airport, sleep on a plane, and suddenly you're in a different country. And you wonder how and if it all happened. But we made it to Portugal. 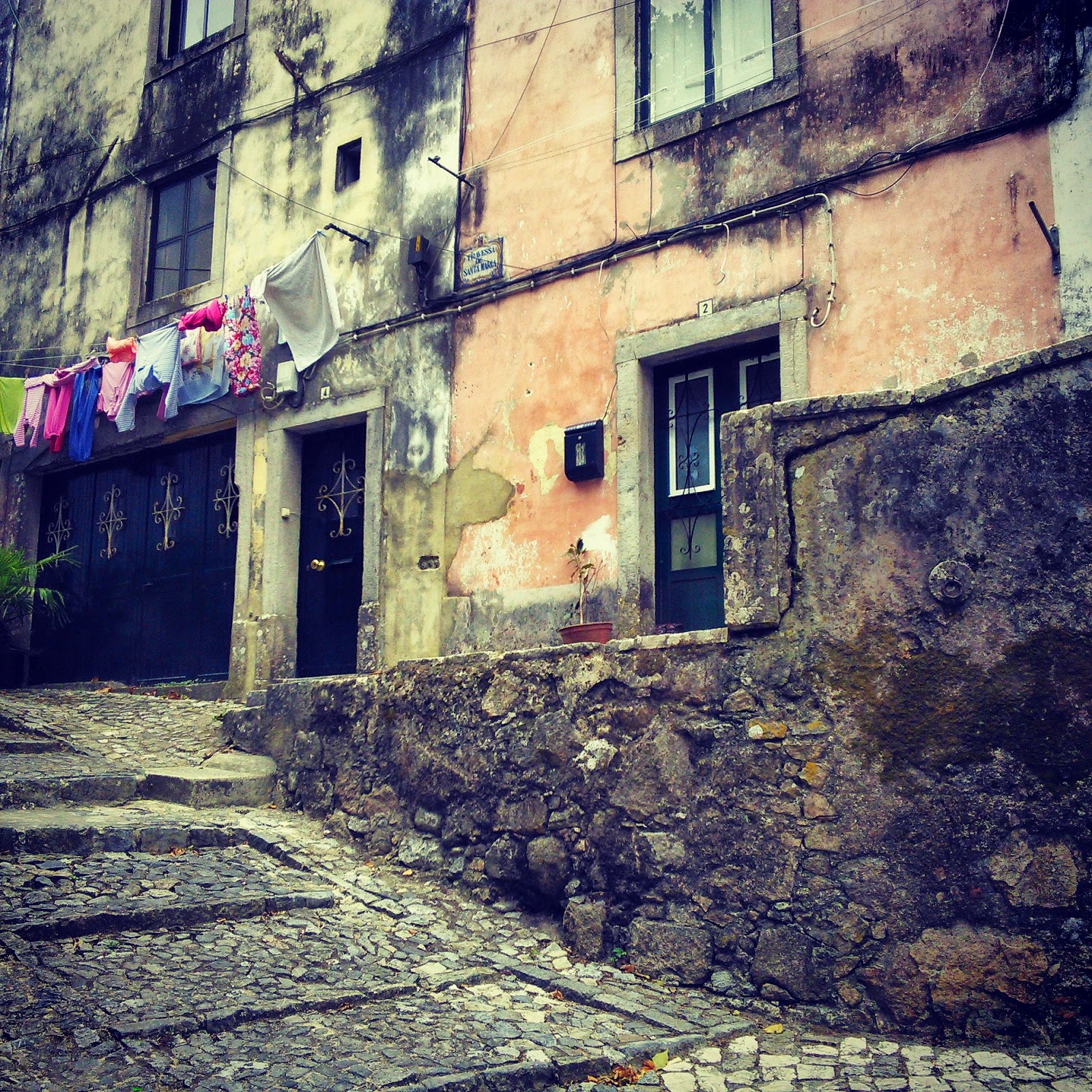 This is not my first time in Portugal; I was here with my friend Ricardo Pinheiro in 2010. But that time I was in Northern Portugal, above Porto. And this time we're down south, in Lisbon. It's a beautiful place. We're hosted by Joseph's parents, our good friends Dale and Valerie Hegstrom Pratt. They picked us up at the airport, and we smashed all five of us, and our compact luggage, into a little rental car, which was hilarious. My first views of Lisbon were the backside of a Samsonite. 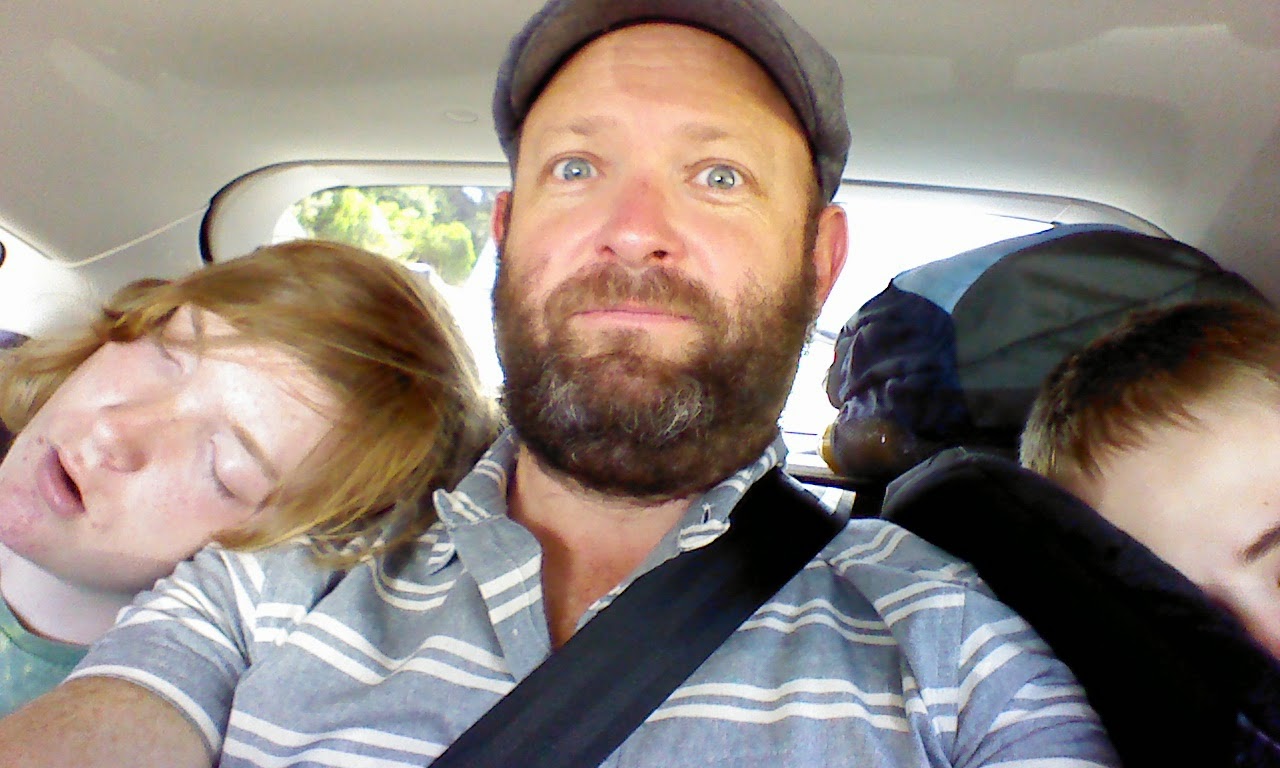 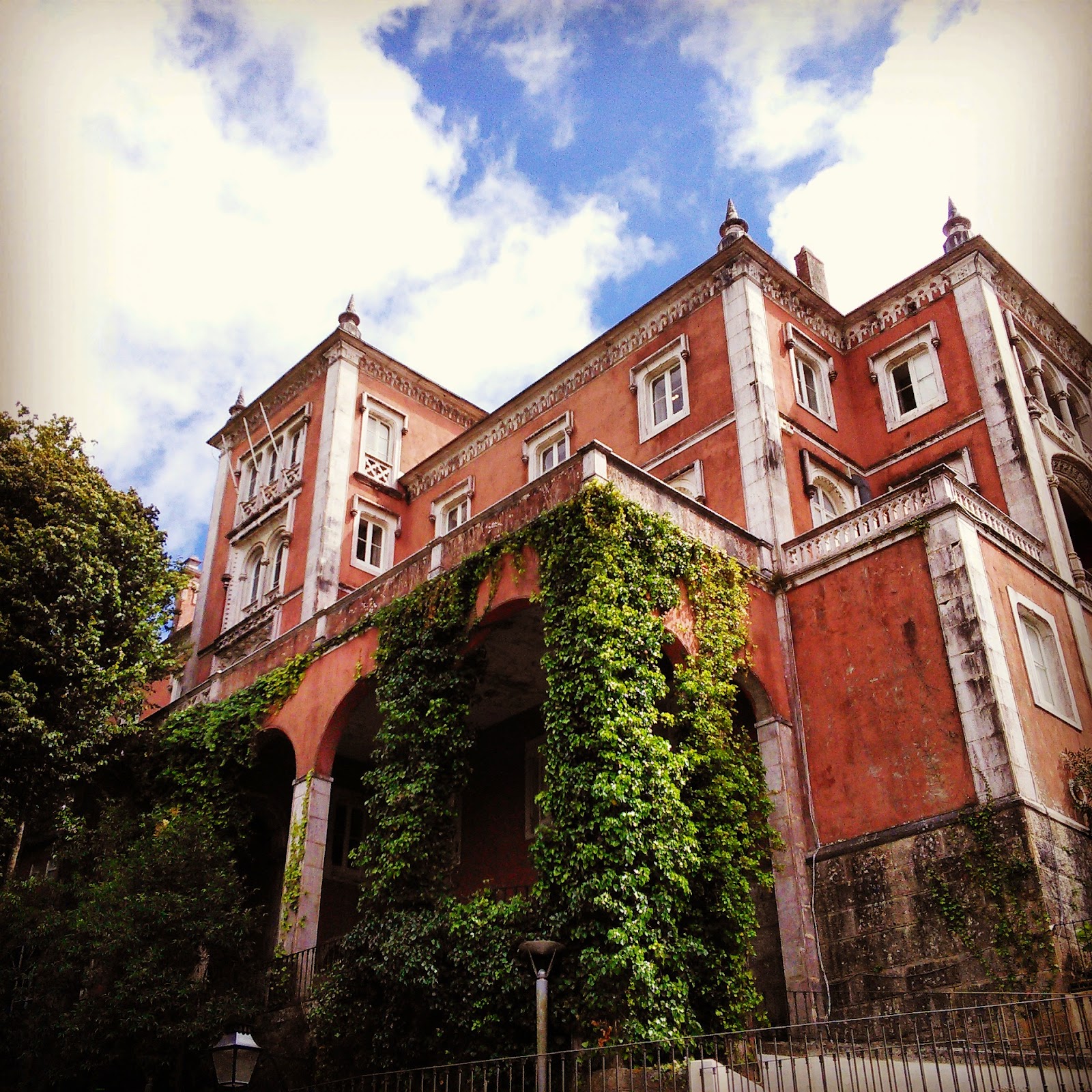 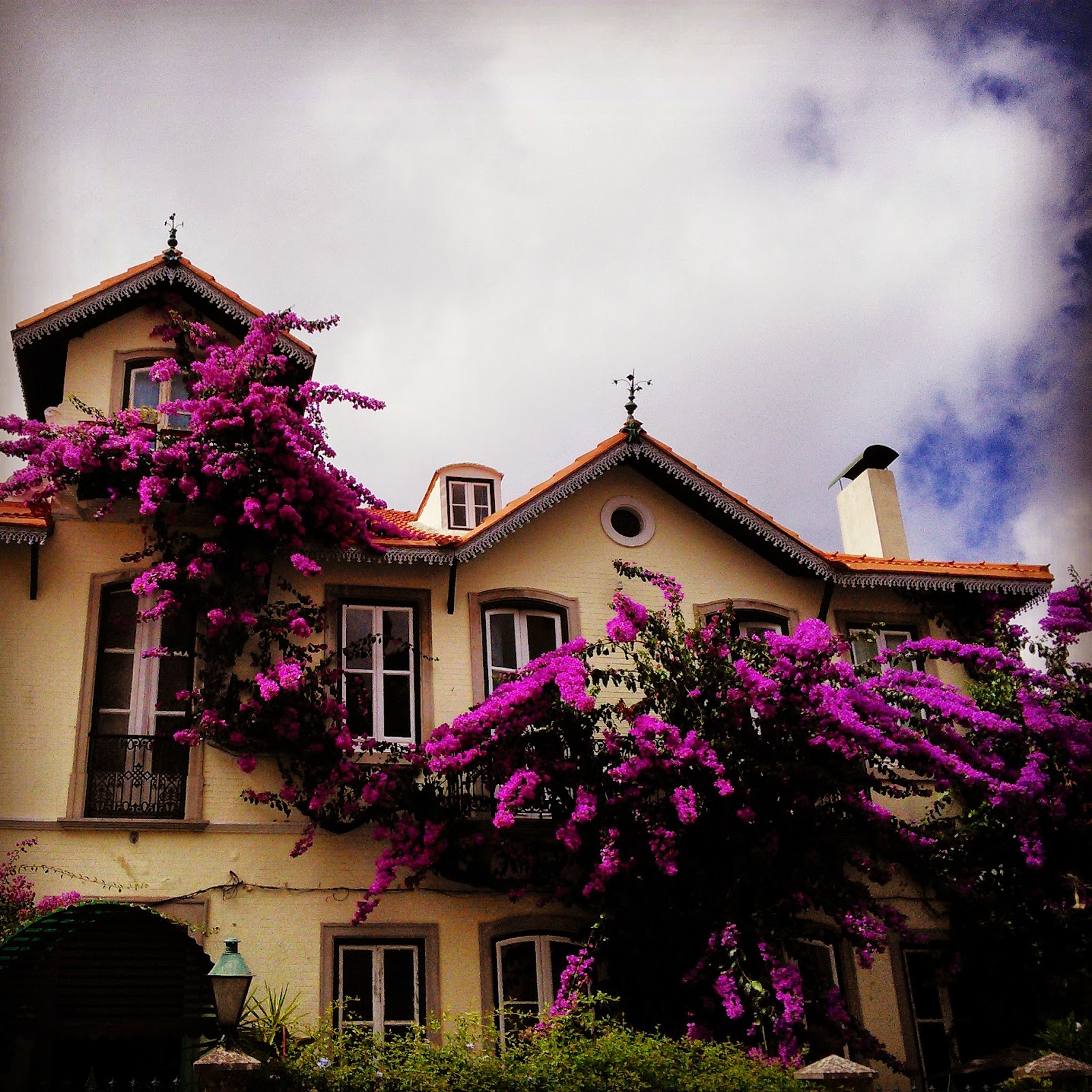 Dale and Valerie wasted no time with us, which I appreciated. I knew that if I lay down for a quick nap it would be hours before I was up again. So we jumped in the car and headed for Sintra, the hillside summer retreat for Portuguese Kings for centuries. The little town was fairly crowded - there was some festival or something going on, I think. But it was beautiful and the hillsides were covered with trees and summer homes. 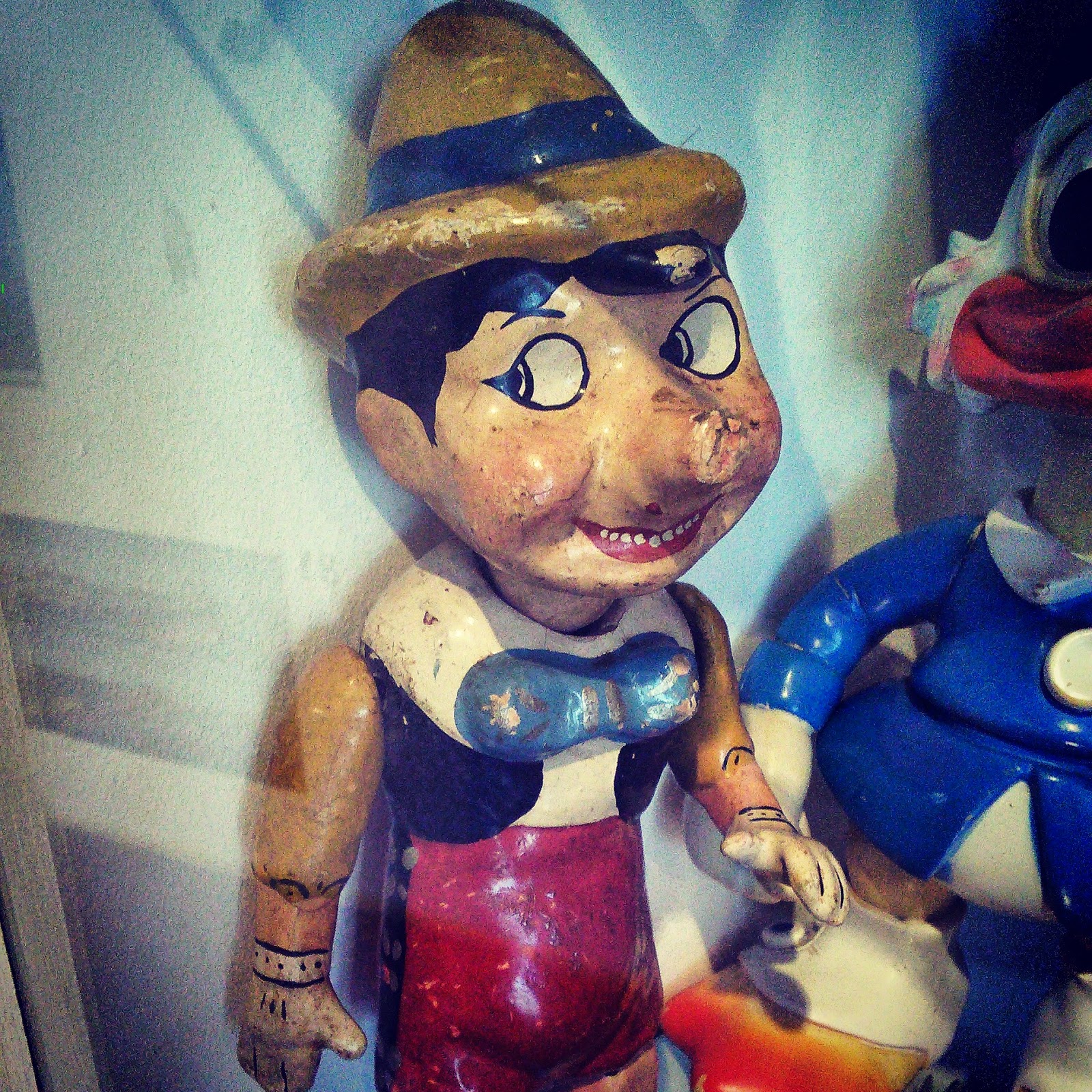 We first visited the  Museu do Brinquedo, which is the toy museum. It's one man's extensive toy collection from the 1930's on, and it's right downtown above the fire station. I love old toys, and the creepier the better. Miles filled his camera with creepy doll faces; he spotted them way better than I did. My clear favorite, however, was this Pinocchio.

We had lunch in the town square next. I had some spaghetti and Miles had a pizza. I forgot how Portugal works - meals go on and on and there's no sign of leaving the table. This isn't what we did, necessarily, we ate and moved on. But I noticed that the tables around us were settled in for a couple of hours. They ordered more and more and talked and talked. A meal is an event! 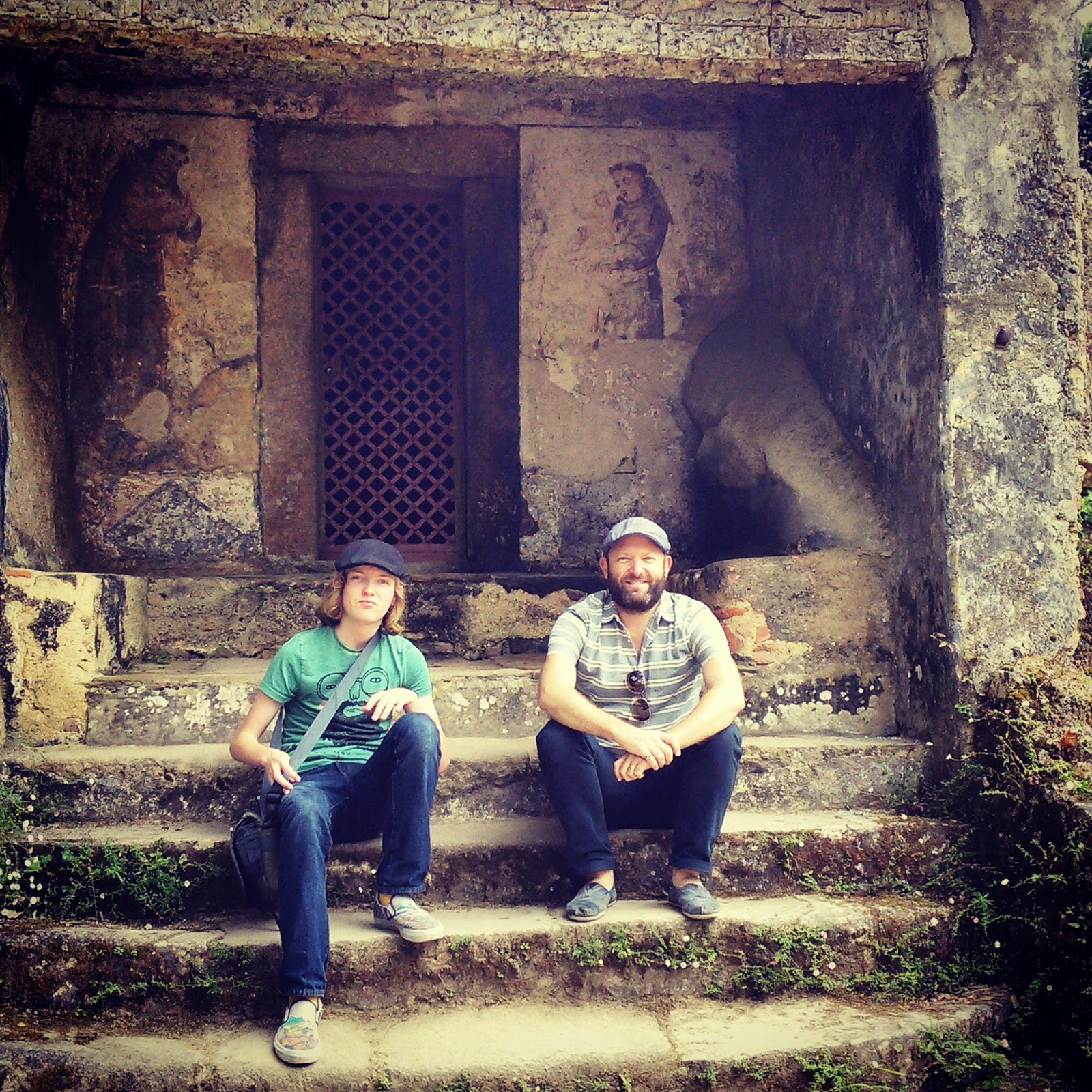 We next drove to a beautiful monastery, hidden in the forests of Sintra. It consisted of a few stone buildings huddled around a little open courtyard with a fountain. The doors were tiny, the 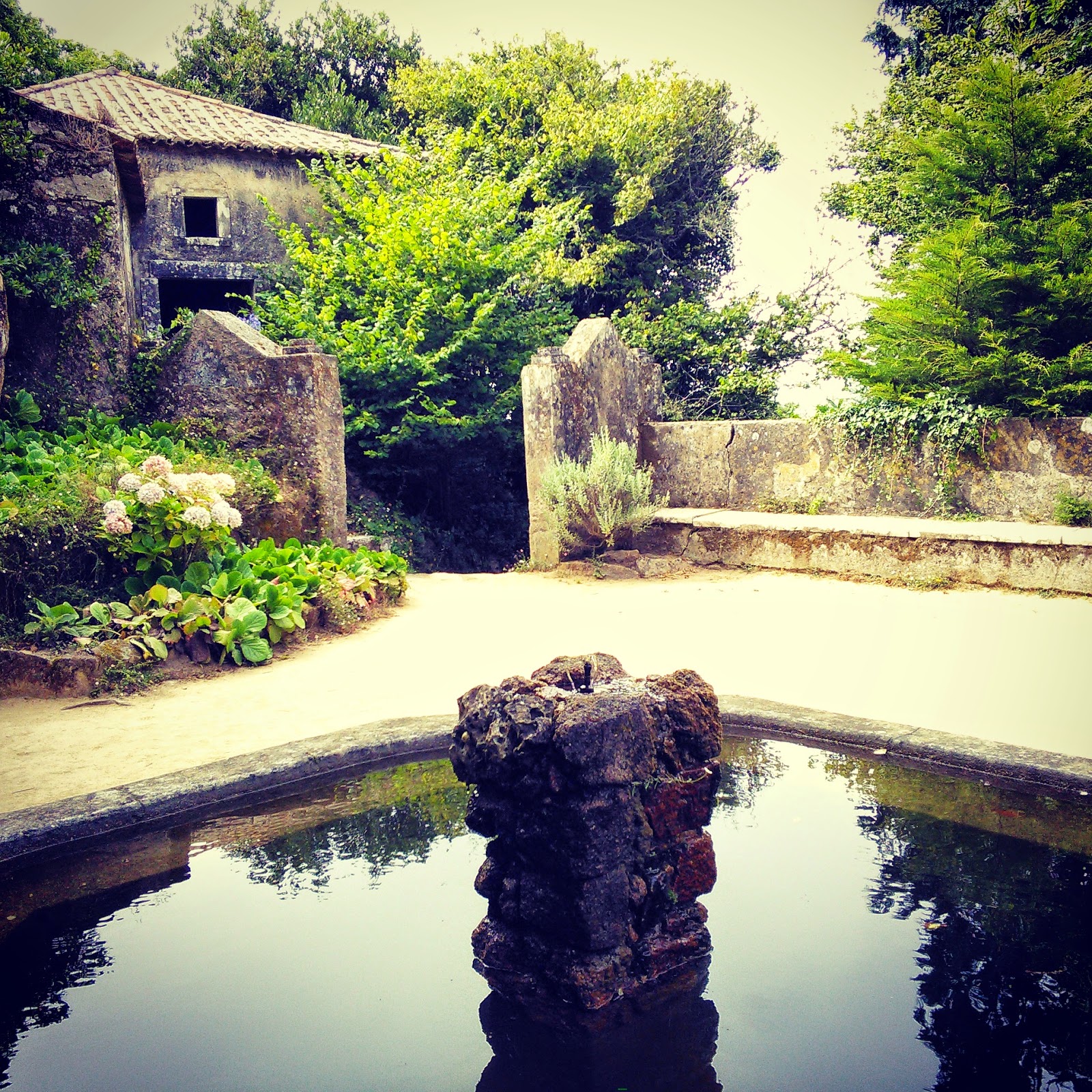 windows were tiny, the paths were tiny. It would be perfect for kids and hobbits. And it was crawling with beautiful orange moss and everything smelled like Rosemary. Miles and I found the Monks' toilets and were excited by this. And it was quiet, you could really only hear the wind. So peaceful. Valerie mentioned that she's reading a book about how to incorporate the monastic life into modern spirituality. Not a bad idea. You do feel closer to God there. 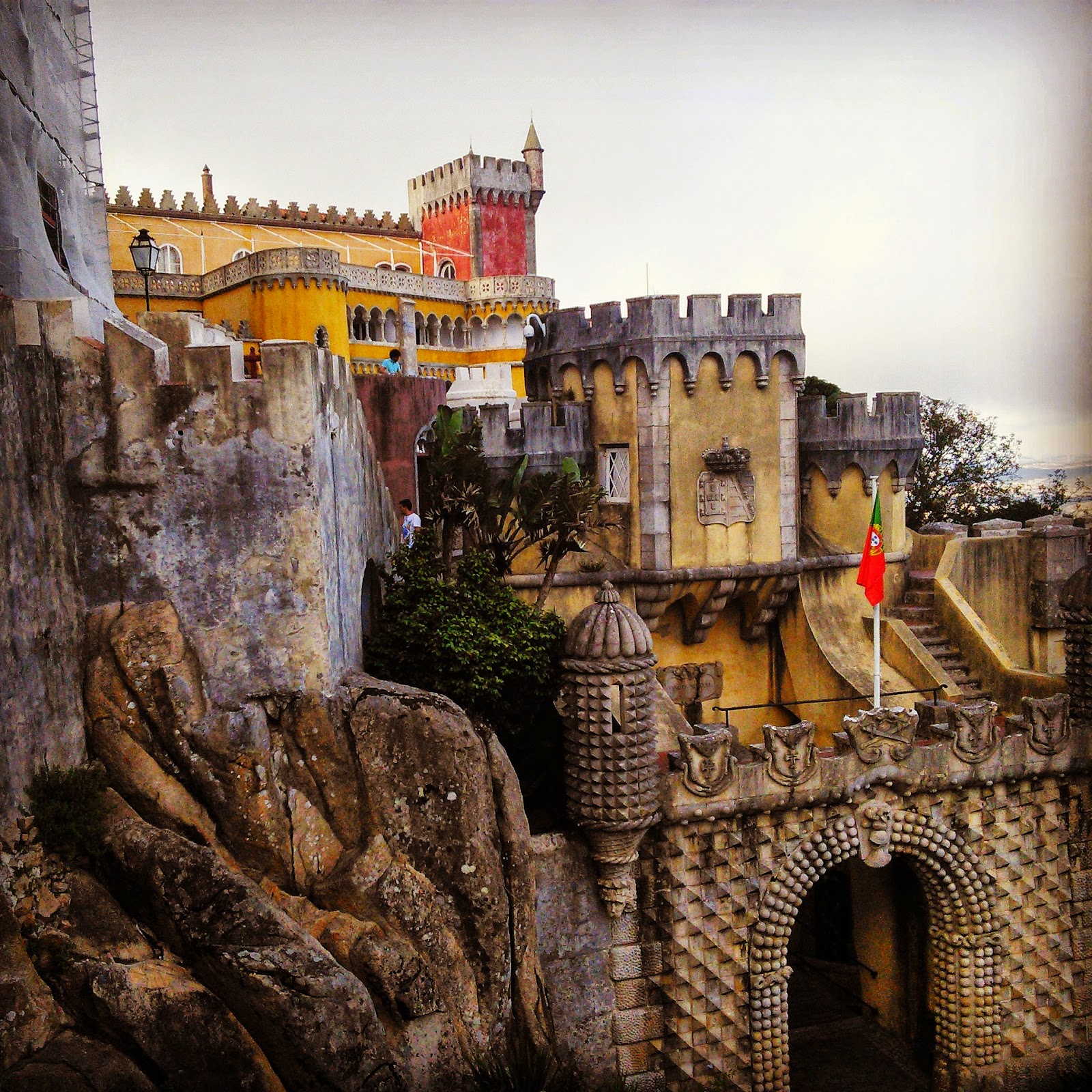 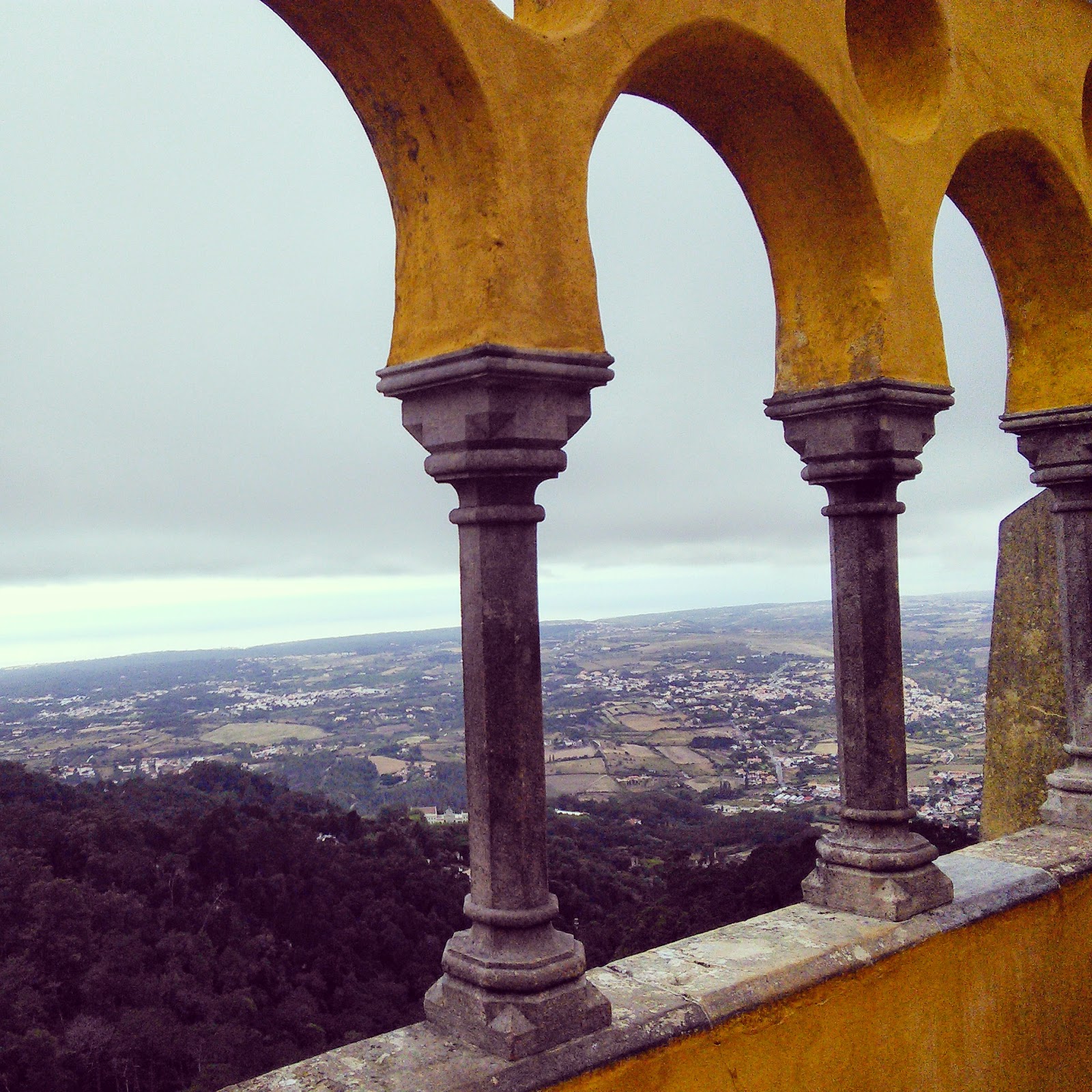 We next climbed a pretty steep path that led to the striking Palacio Nacional de Pena, an amazingly colorful toyland palace on the top of the mountain. The royal family lived here for some time, and the entire place is eclectic and creative. I kept thinking to myself "this is real. this is all real." Because, you know, it looks and feels like Disneyland. The views from the top were striking and I loved watching the clouds blow by, skimming the tops of the trees. Off on the distance we could see the ocean. We all shared a package of local Sintra cookies made, the guy told me, with "cheese and cinnamon" which sounded gross to me for some reason but were delicious! I'm bringing some home, if they survive being packed away among the rolls of my laundry. 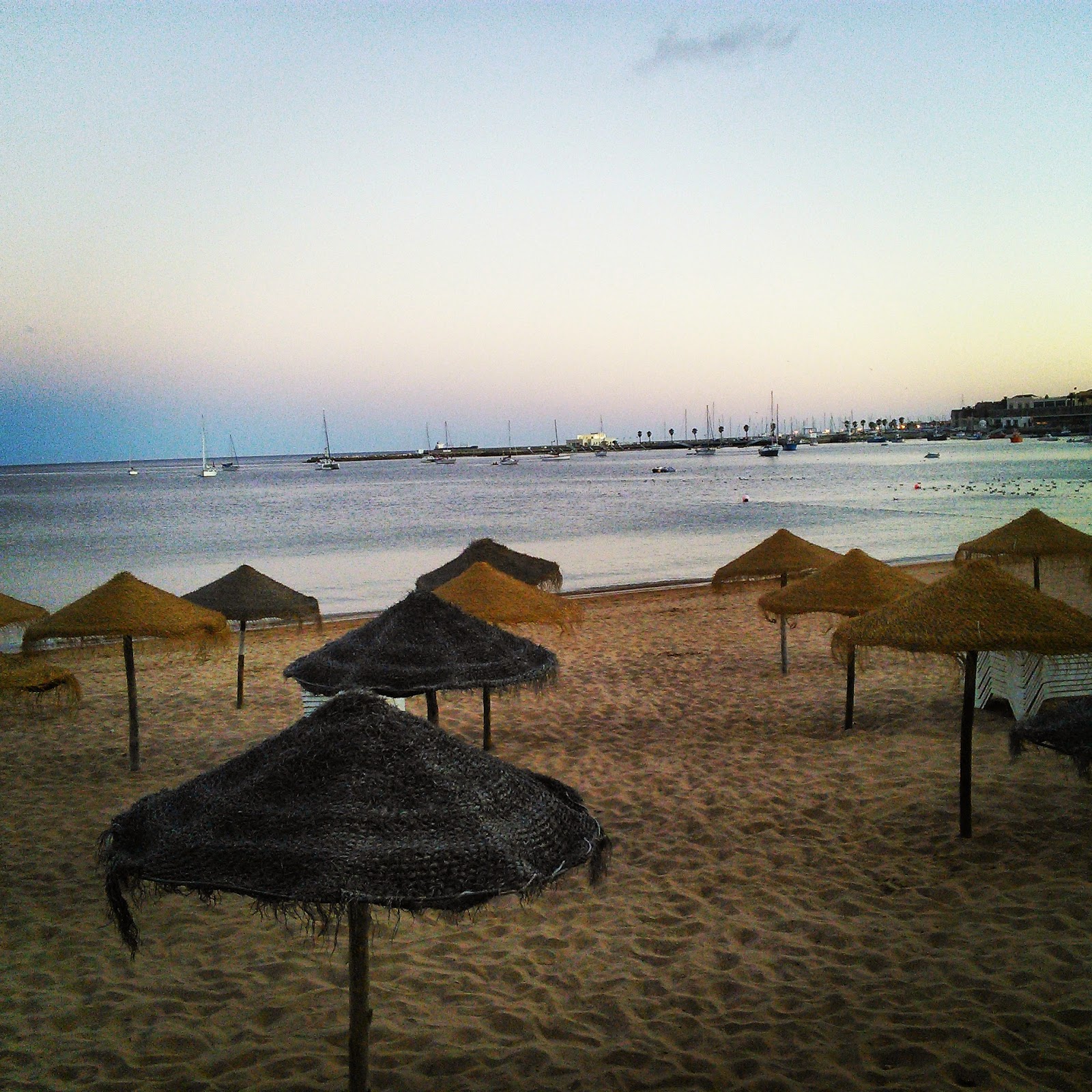 We decided it was time for dinner so we drove down to Cascais, a coastal city where the Hegstrom Pratts claim they want to retire. Every so often they pointed out to us their dream retirement house, and never the same one twice. Eventually they will have to settle on one! And then vacate a bedroom a few times a year so Lisa and I can come crash. We ate seafood on the beach at sunset, which sounds romantic only because it is. I had paella, and Miles branched out with a hamburger and fries. A video monitor was playing Enrique Iglesias' "Hero" video, and Joseph and Dale sang along with using the literal video lyrics, which made me laugh pretty hard. Guys on the beach paddled a smashball back and forth and a little girl ran up and down the deck with a big red ball. 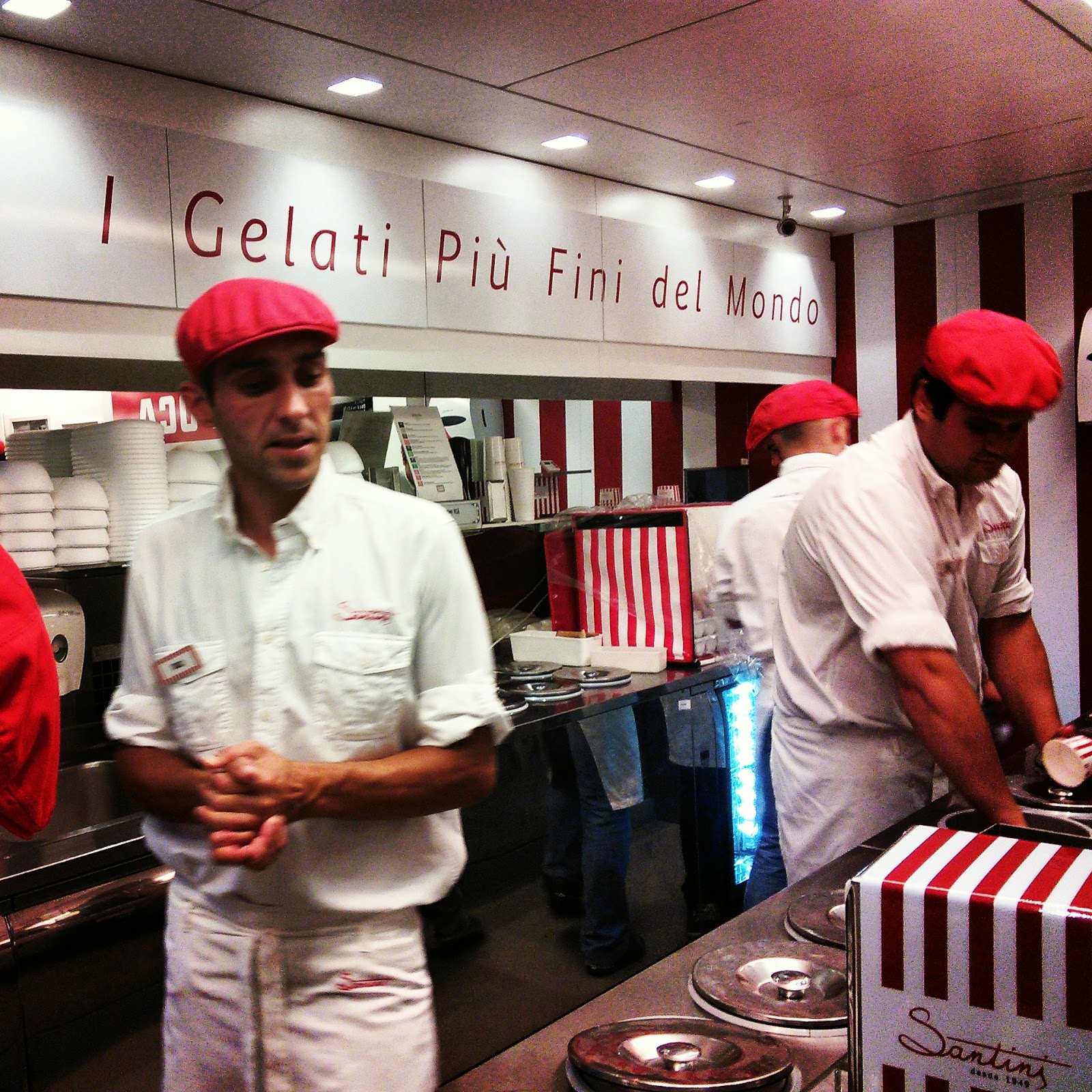 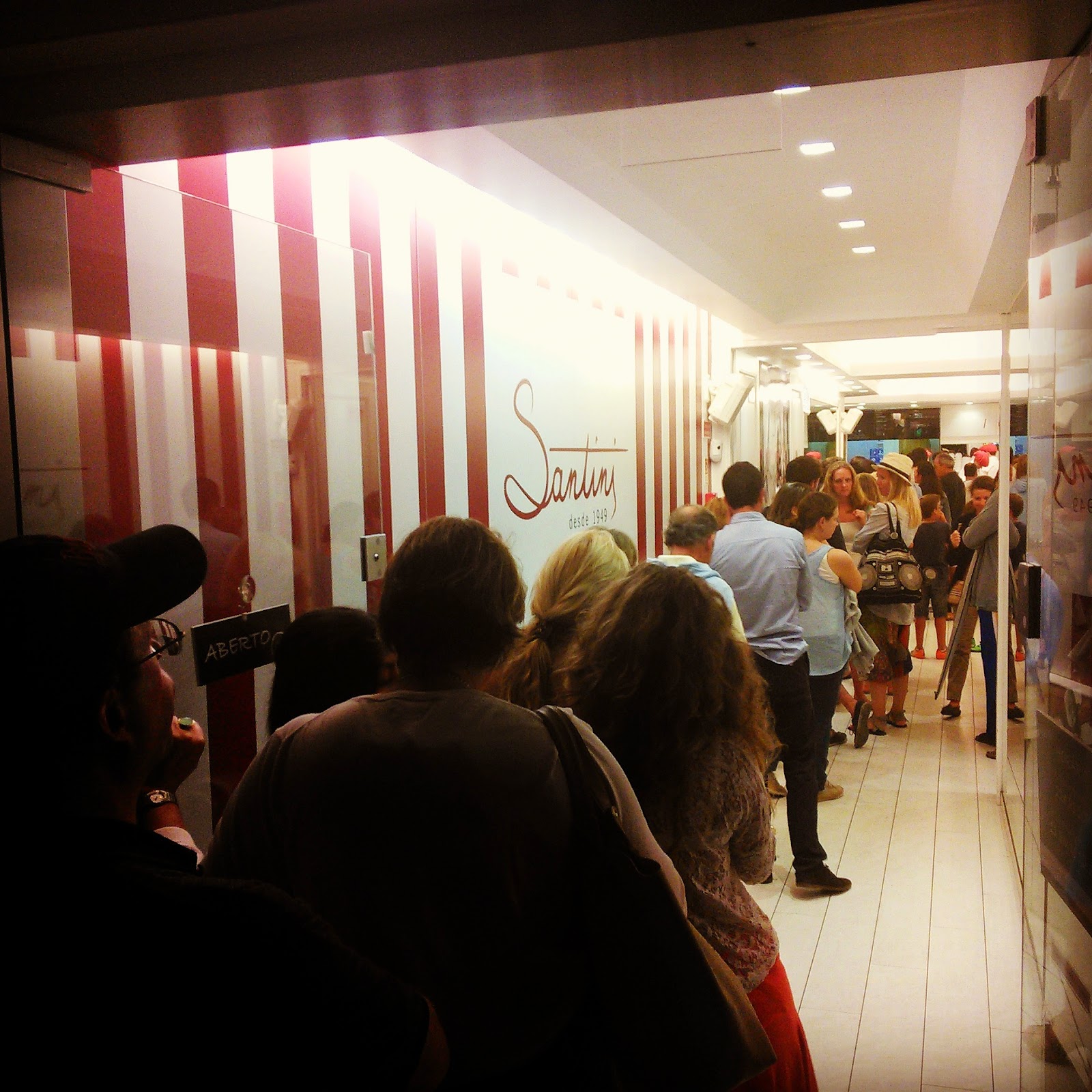 For dessert, Dale led us all to Santini's - known as one of the top three gelatorias in the world. No argument here. The line out the door said it all. I had chocolate and hazelnut and it was so delicious and over so, so fast. At the end of the night we walked back to the car through the center of Cascais over little alleyways tiled to look like waves. 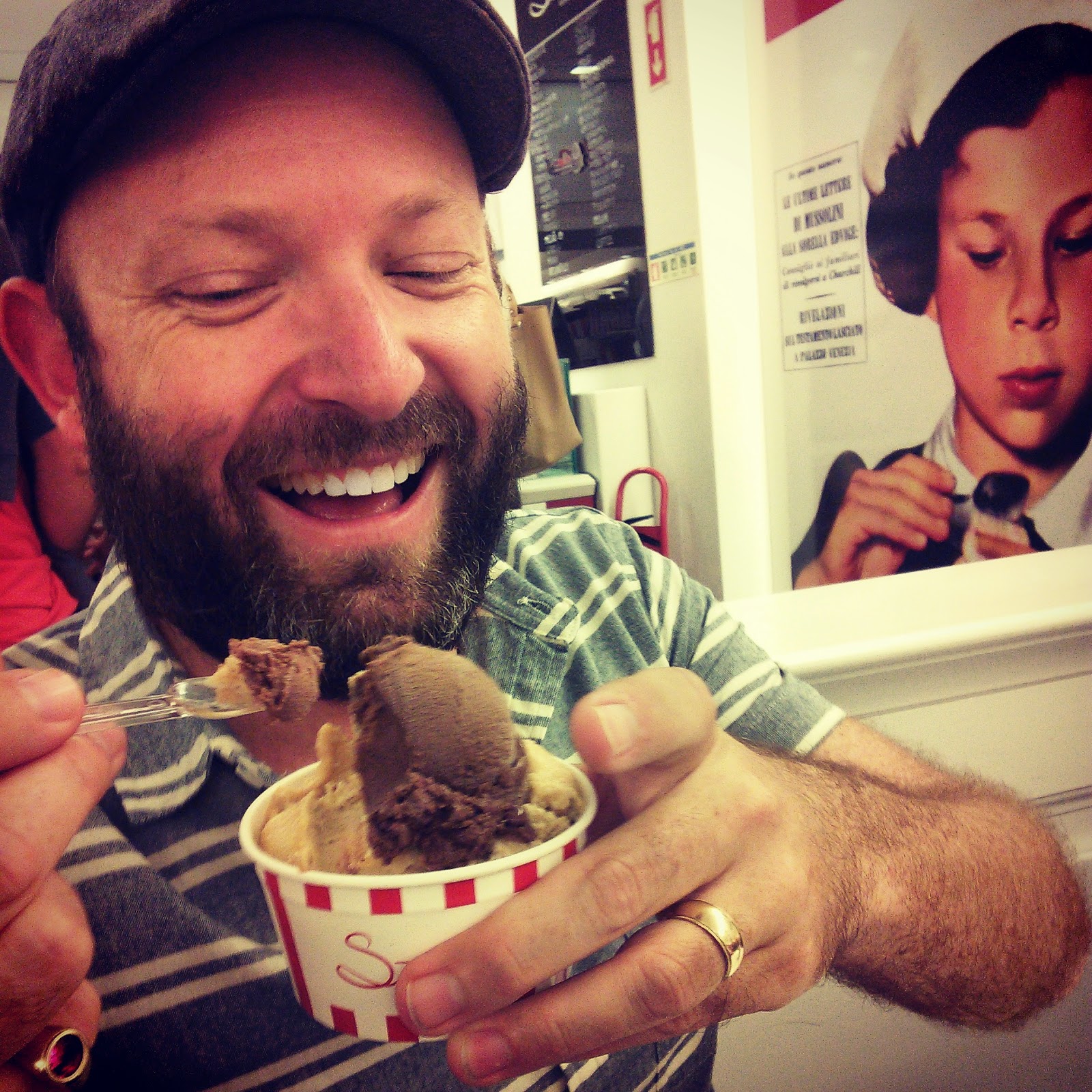